What comments did you finally write up on the report?

Jay,
What was the reason for the AC replacement?
Was the condenser, evaporator and line replaced?
Had the system been worked on prior to its replacement?

I performed a home inspection on a home built in 2010 & found tainted drywall.
I did research on the property & it’s builder, the builder had others home made with tainted drywall in the area from 2004-2010. I couldn’t believe it!
Needless to say the builder is no longer in business.

Jay, give me a call if you still need help.

Thanks everyone. I’ll keep the fridge in mind, excellent place to look… I just wanted another opinion on the staining. Thanks again.

You really need to eyeball the AC coil and ground wires on the electrical receptacles per the CPSC guidelines. The corrosion in those photos could easily be from other sources and it doesn’t have the distinguishing black sooty look.

If the Refrigerator is original, I would pull the access cover off the back of the refrigerator and inspect the cooling copper tubing (the coils are usually painted black) and wire connections. This is a great place to look because air is constantly being drawn into the unit.

Also, during the housing boom some contractors did use 1/2 drywall (not rated for ceilings) for ceilings and if you look in the attic and see Chinese markings, then it’s a positive indication. If you see only American markings, well, then nothing gained.

Why weren’t you able to inspect the AC Coil and receptacles?

2004 Home on it’s second AC system. Evidence of Tainted drywall? Thank you for your input. 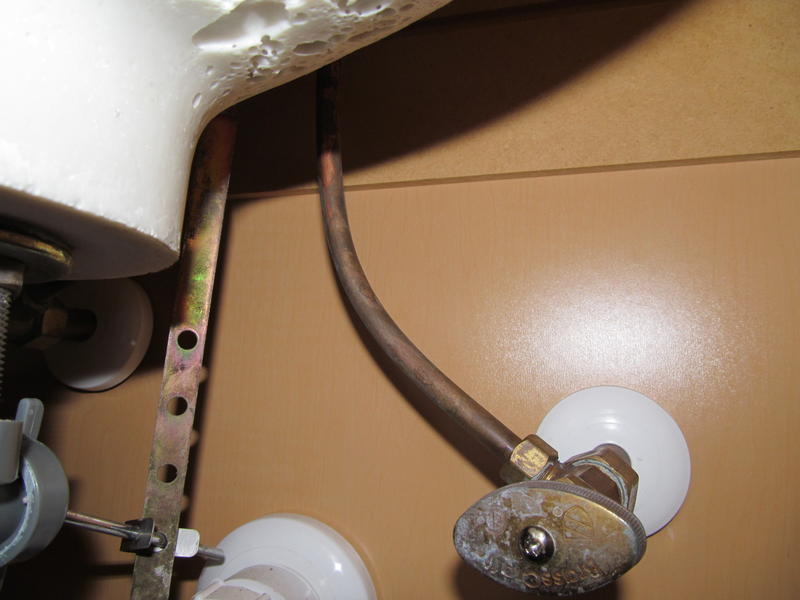