Is this corrosion or tainted copper from the well water? 2007 built house. Wiring clean in panel and at receptacles in house. Your thoughts? Thanks 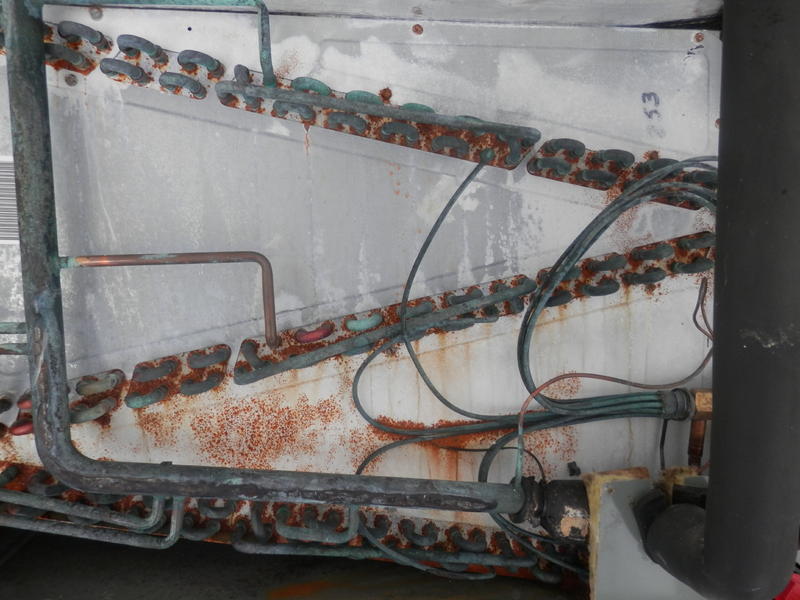 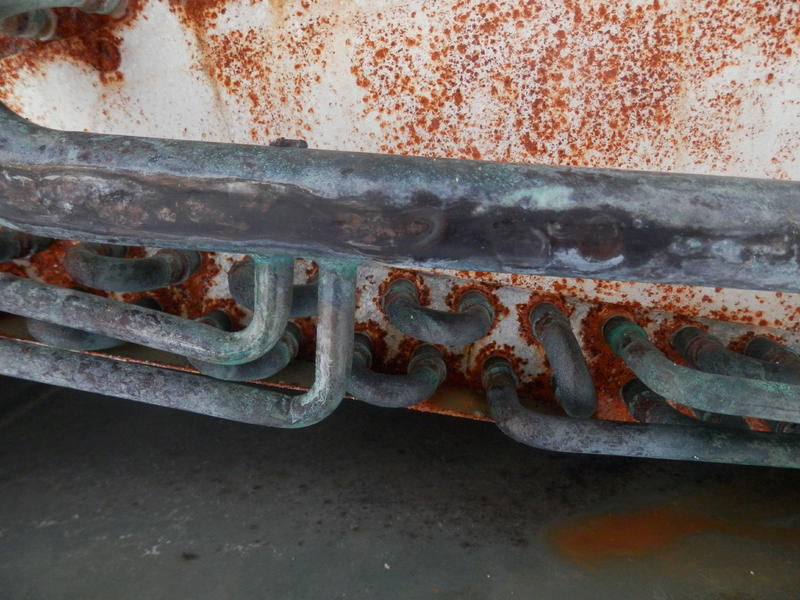 Is there some chemical stored close to this .
Is there a cat litter box .Are there washing supplies near this.
Is there and open drain near this

No empty house, just been flipped. Checked drywall names, rec, switches, no foul smells. This is the only place with a red flag

Could there have been a humidifier above this ???

No here we need DE-humidifiers. The only thing in the house not changed out.

Thanks , I really appreciate all your help.

Is there metal that is not near the drywall, possibly the garage that is not corroded?
How old is the air handler unit, is it working?
Where in Florida are you?

If this is your only sign, it is likely not contaminated drywall, but I would tell the client that you can not rule it out without testing every piece of drywall in the home.

Also see if interior door hinges have even changed out.
Also door handles.
I live in an area were I have seen approximately 100 of these homes.

What does well water have to do with an evaporator coil assembly, John?

What does well water have to do with an evaporator coil assembly, John?

Sulfur in well water can corrode the coil, just like the sulfur in contaminated drywall. 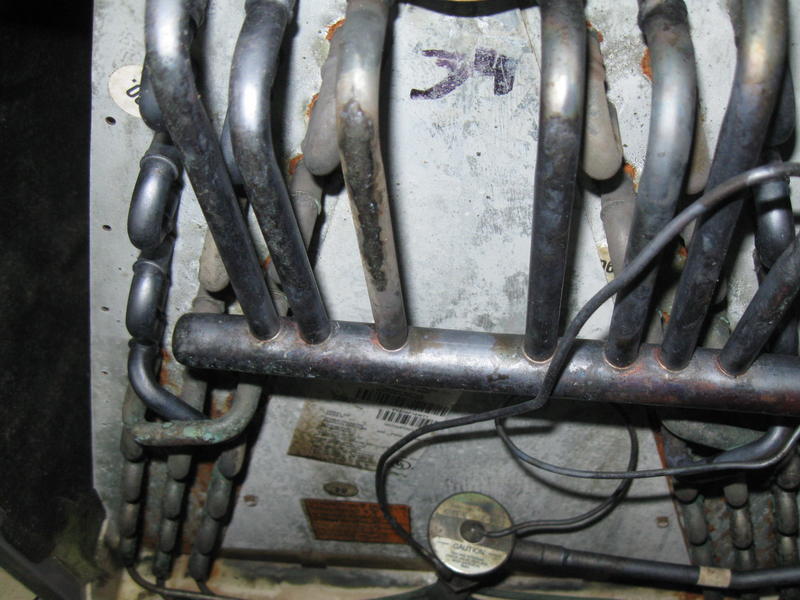 But anyway, how does well water get into an evaporator coil assembly?

Sprinkler systems that operate off of well water put the sulfur smell in the air. That can turn copper dark.This unit is only 6 years old and in rough shape. Just curious if it could be more than well water reaction.

But anyway, how does well water get into an evaporator coil assembly?

Thanks Wayne
I had not heard of “formicary corrosion”,
It explains a lot

Wow. I actually learned something useful from the NACHI forum. Haven’t said that as of late. Thanks Wayne.

Wow. I actually learned something useful from the NACHI forum. Haven’t said that as of late. Thanks Wayne.