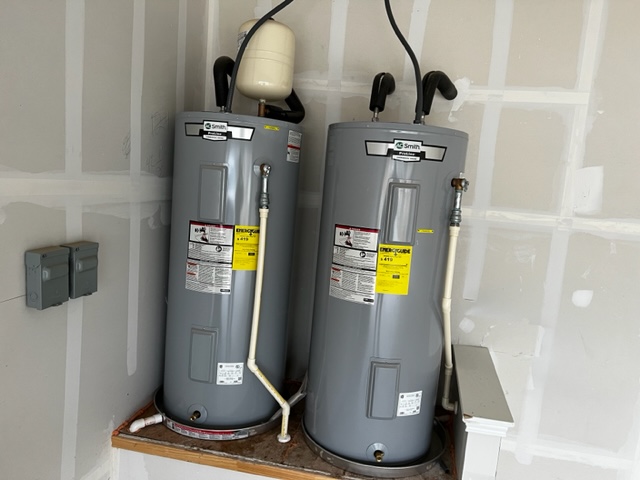 The way this was explained to me was that the need (or not) for these tanks depends on how the municipality sets up the water meter. They used to be set to allow expansion back into the city supply system but for sanitation reasons they no longer are (thus the need for the tanks). With that in mind it makes sense one tank anywhere on system is sufficient since it used to be all the way back at the meter.

Good question though… got me me thinking.

That’s pretty much the way I understand it as well. With the addition of check valves in the system to prevent back contamination, the expansion tanks are now installed to relieve excessive pressure from the supply pipes.

One tank per system is the norm in my area.

Prior to my recent water heater replacement (last year or year before) my water heater had no expansion tank and many I see locally do not. Any new tank will now have an expansion tank because the code changed. The same could be true in your situation (although they both look about the same - and the @srechkin explanation is probably correct) installation date could explain different code use.

My concerns have to do with the CPVC plastic lines for the OTP safety valve. CPVC ONLY if approved by the manufacturer AND there are too many direction changes in the lines. Plus, it does not appear that the ends of the line are open so it can be observed if the OTP is venting.