Okay, I was doing an inspection on a 25 year old home which was a slab on grade construction, and came across this (see pic attached). It seemes to go through the slabs footing, and under the house. Not sure how far under however. There is a slight sewer like smell coming out of it, but the homes septic system exits much further to the left of this picture. The occupants are complaining about a gas smell in the house. When I asked what kind of gas smell they could define it. They had called the fire department a few weeks ago, and they didn’t get any readings of any types of gas. Any ideas? 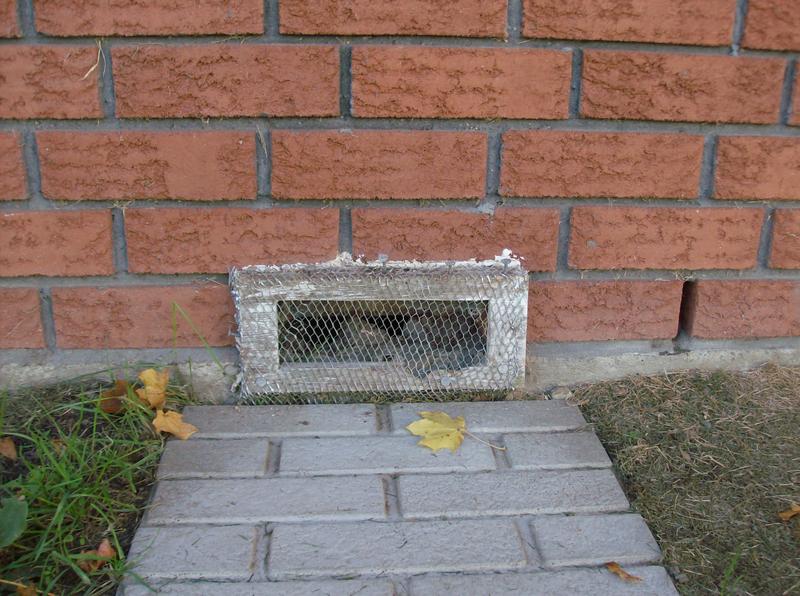 is that a stamped concrete pad in front or a movable panel?

Maybe a storm shelter vent. I have a neighbor with a room underneath their slab. I don’t remember what type of venting they had though.

Is it possible there was a house there before and that’s an old Privy Pit. They give off bad odors.

is that a stamped concrete pad in front or a movable panel?

It was a concrete pad.

Is it possible there was a house there before and that’s an old Privy Pit. They give off bad odors.

Hmmmm… Interesting idea. I’m really baffled by this. They are a nice older couple too, and I feel bad that I haven’t figured this gas issue out for them. Any more ideas anyone?

First time I ever heard of a Privy Pit. (poop pit)

For combustion air? Water in the ducts will create musty oder.

For combustion air? Water in the ducts will create musty oder.

Actually no, that can’t be it. This is a whole other problem for the house. They only have one NG insert fire place in there living room, and one 2000W electric wall heater in one of the bedrooms. This is all they have for heat in a 1400 sqft home! There used to be electric in ceiling radiant heat, but that is not working any more. Yeah they need a visit from HVAC pro!

Did you look inside the opening?

Did you look inside the opening?

yes, but I could only see in for a couple of inches. It really seems to go underneath the foundation, but no very far. It is wet and full of dirt and has a foul smell.

What part of the house is on the other side of this.

You sure its not for radon?

The pad is for a AC unit and the cut out was for the lines. It would seem as the AC was removed and they used chicken wire to block off the hole.

I think Robert is onto something!