I purchased a “Pyramid by Ambrobe” microwave leak detector (Model PY-12) late last year from “Home Inspector Essentials”, and have been questionable about its effectiveness. I have tested my own microwave with a plastic straw placed in the door seam to create a small gap in the seam, and the meter never changes in its reading from absolute zero!

I have searched the net for the manufacturer to pursue any info they might be able to indulge me with, but I can’t find any. The questions of the day are…

Did I buy a cheap piece of (cr_p):twisted: equipment?

Does this piece of equipment require a battery that goes into a secret compartment that I can’t get to?

Is this company for real?

Any response from somebody that has had any experience or exposure to the same piece of cr_p would be greatly appreciated.

I have no personal experience with your tester, but go to the following link. There is a button on the center/right to download the user manual.

Contact Nick @ HIE where you bought it, he’ll get you all the info you need.

It’s funny how we are as bad as the agents and clients we gripe about.
We want the best for little or no money.
We buy cheap crap online or at the shows just because it’s there and it’s new.
Example: Everyone knows Tif but the seasoned among us spend more and buy Bacarach
You didn’t pay much $30-$35 so don’t expect very much.

Amamzon has them new or used for $31
Do I hear ebay calling in the background?

In case you lost them here are the instructions: http://www.testequipmentdepot.com/amprobe/pdf/PY12.pdf 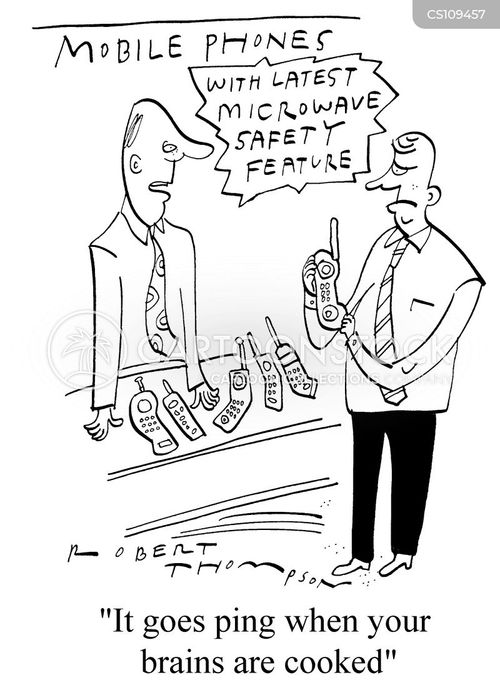 “It goes ping when your brains are cooked”

Hi Richard, I agree 100%. I called tried to get more info from venders…Amprobe…nothing! The only way I could get mine to go off was to put it in the microwave. A fitting end to this questionable tool.

Question for seasoned inspectors. I’m kinda new at this and would like to know how far are we to be expected to go to do a home inspection? Microwave leaks?, HVAC heat exchangers?, Correct heat & a/c loads for dwelling?, and so on. It seem like we’re to be generalists yet performing specialist’s evaluations???

From the FDA’s web site: **Checking Ovens For Leakage **

There is little cause for concern about excess microwaves leaking from ovens unless the door hinges, latch, or seals are damaged. In FDA’s experience, most ovens tested show little or no detectable microwave leakage. If there is some problem and you believe your oven might be leaking excessive microwaves, contact the oven manufacturer, a microwave oven service organization, your state health department, or the nearest FDA office.
A word of caution about the microwave testing devices being sold to consumers: FDA has tested a number of these devices and found them generally inaccurate and unreliable. If used, they should be relied on only for a very approximate reading. The sophisticated testing devices used by public health authorities to measure oven leakage are far more accurate and are periodically tested and calibrated.

I’m sorry. I thought I was conversing in a free country.

I posted that link because Richard was having a difficult experience with a piece of equipment, not to engage in a urination tournament over a government agency and its policies. I was attempting to stay on topic. Strange concept, I know. I hope the link and information will be of some help to Richard and anyone else having problems with the Amprobe Detectors.

Now excuse me while I go nuke my cup of tea, its gotten cold.

Microwaves, as used in domestic microwave ovens, have a wavelength of 12.4 cm. What does that tell you about the state of repair of an oven that will leak microwaves?

It would have to have large gaps to leak something that large correct?

I posted that link because Richard was having a difficult experience with a piece of equipment, not to engage in a urination tournament over a government agency and its policies. I was attempting to stay on topic. Strange concept, I know. I hope the link and information will be of some help to Richard and anyone else having problems with the Amprobe Detectors.

Now excuse me while I go nuke my cup of tea, its gotten cold.

I think you must have confused me with someone who was urinating. :roll:

It would have to have large gaps to leak something that large correct?

Indeed. Evanescent waves will leak out of smaller gaps, but they lack the power to go further than an inch or two. It’s messed up hinges or other such large gaps (such as might exist in in microwave that has been dropped) that will leak actual microwaves. These are highly visual conditions.

There is no shooter on the grassy knoll, with regard to microwaves. The sky is not falling.

That’s why I don’t like to buy used microwaves because you just can’t know for sure if they’ve been damaged.

LOL on the grassy knoll…

Thanks everybody for the information. It helps to have a little insight into the history and general info about the systems we check. I always take everybody bit of info with a grain of salt (that just comes from experiencing life) and try to apply my own good judgement to the info, knowledge is power.

I choose to purchase a microwave leak detector because it is one piece of equipment that is becoming more of a permanent appliance in homes today. And as with every other system in a home, nothing last forever. As most of have seen, houses get abused beyond the imagination. Any home buyer who has a pacemaker has to be careful around microwaves even if they are working properly. I realize that this particular piece of equipment can only give a general reading, but to know if there is a potential problem allows me to forewarn the client, and recommend servicing.

I e-mailed Nick with H.I.E. and he responded with the contact number for Amprobe (1-877-AMPROBE or 1-800-33 FLUKE) and offered support if I ran into any problems.

I’m sorry. I thought I was conversing in a free country.

Your not in a “country” your in cyberspace.

I had a cheap Radio Shack detector that worked. I opened it up once – just a microwave diode and a meter. The meter moved quite a bit (sometimes briefly into the red) when I only put an ounce or two of water in my over-the-range GE microwave (JVM1630). If there was half a cup of water, the meter wouldn’t move at all. The oven leaked in the middle of the grill at the top.

I never thought to try the detector out on a cell phone, cordless phone, or wireless router. A neighbor borrowed it and it didn’t come back working – probably put it into the microwave. My local Radio Shack doesn’t sell them anymore.