I came across several of these bugs flying around in a house I inspected this morning. I don’t believe I have ever seen these before. Anyone know what they are or if they will cause any damage to the home? 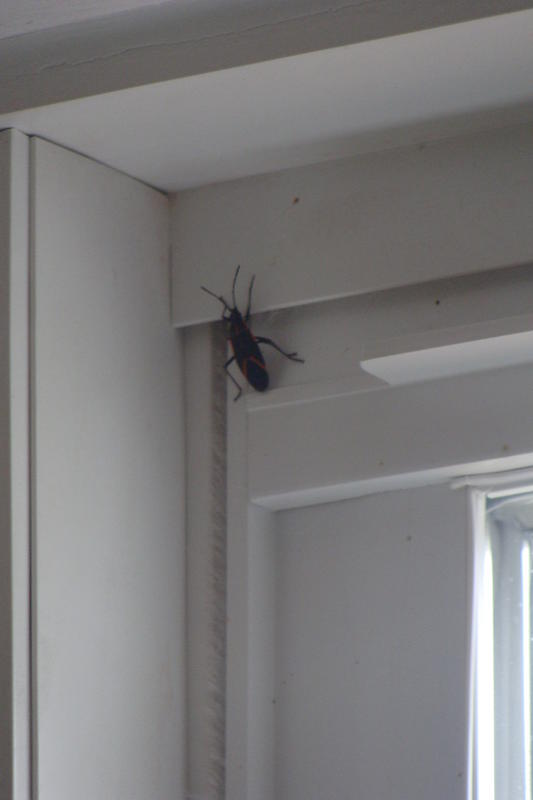 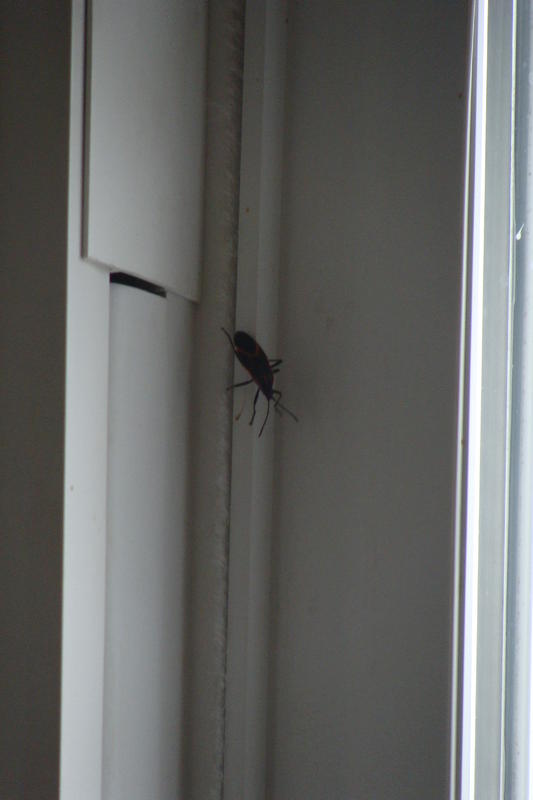 I’m guessing a cicada or a roach…but I’m no entomologist.

Its called a stinkbug here.

See text The Pentatomoidea are a superfamily of insects in the Heteroptera suborder of the Hemiptera order. They are commonly referred to as shield bugs, chust bugs, and stink bugs. As Hemiptera, they share a common arrangement of sucking mouthparts. The roughly 7000 species under Pentatomoidea are divided into 14 or 15 families.

That is it! Had the red on wings and everything.

Love this site! Client will be glad I got an answer so quickly.

Its called a stinkbug here.

Not a stink bug as pictured in your link.

I use to have a dog trained to eat these boxelder bugs that got into the house. :shock:

A true bug (most insects are commonly and mistakenly called “bugs”). Insect order of Hemiptera (meaning half winged) referring to the half harder covering at the base and the other half membranous wing. More pests of crops and gardens or predatory on other insects and animals. Not a wood destroying insect as far as homes are concerned.

The Hemiptera /hɛˈmɪptərə/ or true bugs are an order of insects comprising some 50,000 to 80,000 species of groups such as the cicadas, aphids, planthoppers, leafhoppers, and shield bugs. They range in size from 1 mm (0.04 in) to around 15 cm (6 in), and share a common arrangement of sucking mouthparts. The name "true bugs" is sometimes limited to the suborder Heteroptera. Many insects commonly known as "bugs" belong to other orders; for example, the lovebug is a fly, while the May bu Most hem...

Boxelder bugs are primarily a nuisance because they enter homes and other buildings, often in large numbers. Fortunately, they do not bite people and are essentially harmless to property. When abundant, they can stain walls, curtains, and other surfaces with their excrement. Occasionally some may seek moisture and may be found around houseplants, although they rarely attack them. In the few cases when they do feed, boxelder bugs are very unlikely to injure indoor plants.