Though the wall? yea or ney 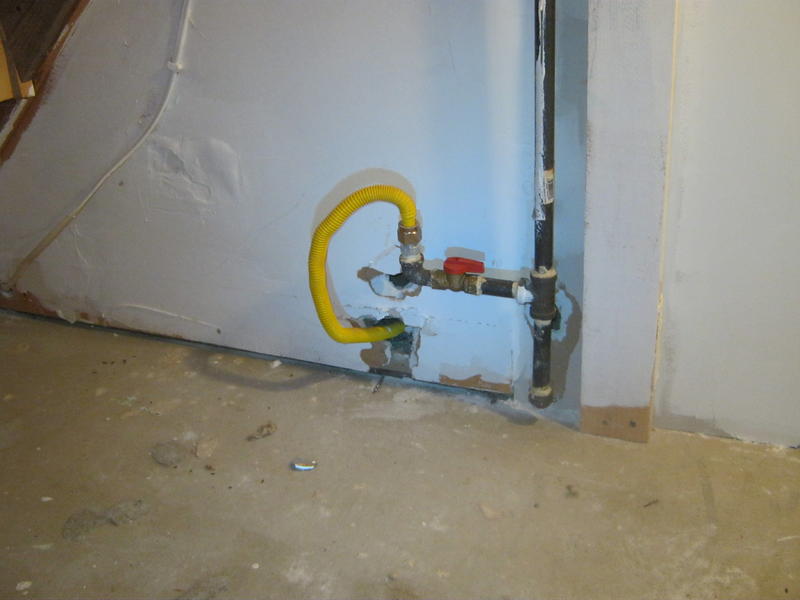 (yea)
Unless being used as flex which it looks like.

Depends on your AHJ.
Here, the wall must have a sleeve for (CSST dist. pipe) to pass through.
Agree, no on the CSST appliance connector.

Its for the stove, thanks guys.

CSST is not allowed to be used directly to an appliance around here either.

Check local code but this is what I have…
CSST is not designed to be used as a flexible gas appliance
connector and shall not be used as a substitute. The use of CSST
as a final connection for permanently installed appliances, such
as water heaters, furnaces, and boilers is allowed. CSST shall
terminate outside of the appliance jacket where the excessive
heat may ignite or damage the protective coating. The use of
CSST as a final connection of movable gas appliances, such as
ranges and clothes dryers, is not allowed.
CSST shall not be installed outdoors and shall not be run
underground unless installed in a sleeve or conduit.

CSST shall not be installed outdoors
.

Bob , is this a local requirement? I think it can be run outdoors.

Bob , is this a local requirement? I think it can be run outdoors.

There’s gota be a joke in there somewhere.:lol:

There’s gota be a joke in there somewhere.:lol: