Deck fastener at ledger board

I’ve inspected 12 homes now, and in each case the deck was fastened with bolts and washers consistent with the proper way I’ve seen in the InterNACHI literature.

Please see the photo and circled fasteners. Are these a defect? Are they ok to use? 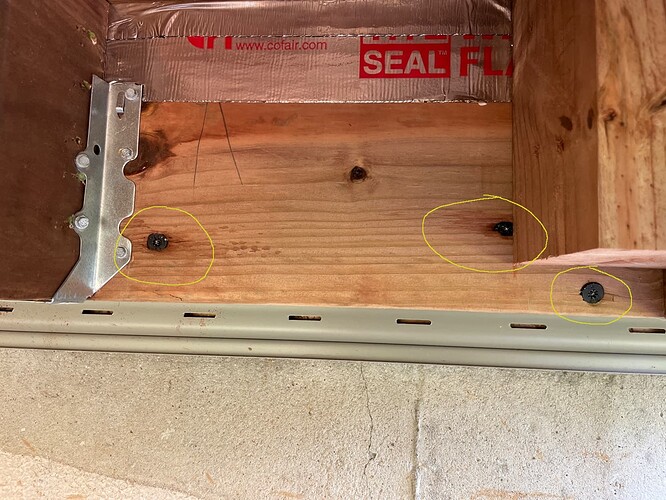 IMO, it’s going to depend on your area AHJ. Also, is this a prescriptive deck (per code single level) or an engineered/design.

I can say the pattern is odd. And what is that tape?

Haven’t come across it yet, but here it is… 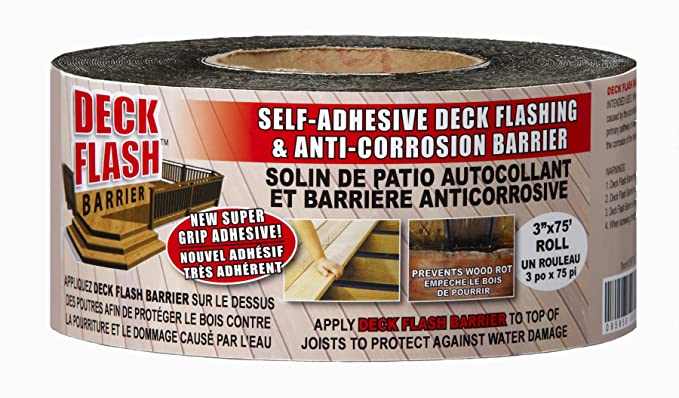 I have not seen it either, but it is intended to protect the top of the joists and other components. I am curious if it us being used as ledger flashing? And if it is compliant with “modern standards”

And what is that tape?

What’s with the siding starter trim at the bottom on the ledger board?

It is similar to vinyl siding starter strip.

I know this is a micro-photo…but that looks like a guard post. I would expect to see some thru bolts and tie down anchor here: 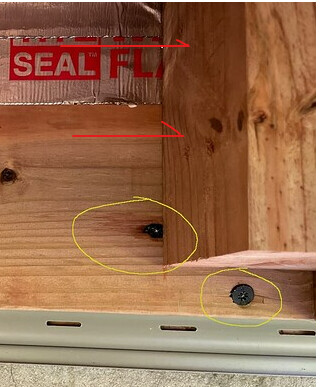 Fasteners should be staggered corrosion-resistant 1/2" lag screws or bolts with washers, located no closer than 2" to the top or bottom or 5" from the end of the ledger board. A rule-of-thumb spacing of bolts is 100/(length of the joists in feet). So, if the joists are 8 feet long, you should have a bolt approximately every 12 inches. The Forte-flash (tape) is supposed to be applied to the house band joist. Metal Z-flashing (appears to be missing) protects the ledger board. The ledger board must be pressure-treated lumber at least 8" wide. This deck has a number of issues, just with the ledger board, and does not look like it was done by a professional.

They look like deck framing screws but are not adequate for ledger attachment. It looks like they used simpson strong tie connector screws for the hangers versus your typical DIY 1-1/2 inch “joist hanger” nails, so that’s an upgrade. They lapped the pieces of flashing correctly. That’s another plus. The joists are pre-toenailed even though you don’t need to if using hangers. If they are doing several things right, I don’t see why they wouldn’t use structural screws for the ledger. The guardrail posts could also be attached using structural screws.

Since the heads of the ledger screws are countersunk, there is potentially another line of screws covered by the flashing.

There are several brands of structural screws that are black with round star drive heads. You either need a clear shot of the markings on the head to try to match with the manufacturer, ask the contractor that installed the deck to provide documentation, or find a box or receipt laying around. How many structural screws needed, spacing of structural screws, required minimum shaft diameter, etc depends on what your local building code say.

OH, don’t forget the length of the structural screw needs to be long enough that the tip can be seen on the house band joist on the other side. If you can’t see it, call it out.

When they get driven all the way in the wood somewhat wraps back over the head and makes look small and inadequate. One of my guys called these as wrong on a new build a few years ago and we ended up with some egg on our face.

Not the same as in the OP’s pic. Scott’s dead on. Those screws are for countersinking (tapered heads) not for ledger mounting. Might as well use dry wall screws! 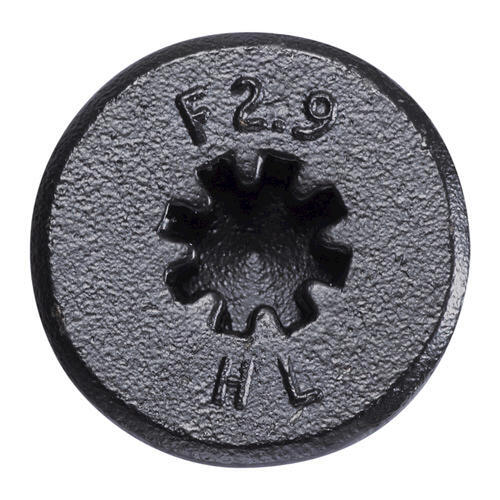 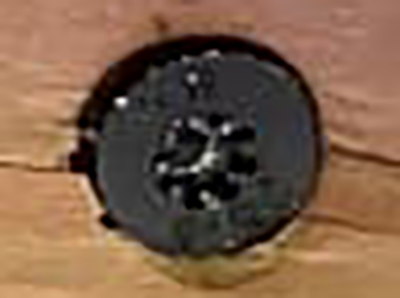 Either way it’s the wrong fastener for a ledger board.

Hard to say form OP’s pics but I suspect you’re right. I was more just cautioning of reporting anything other than standard large hex-head lags as wrong.

This is State of Tennessee, but is representative of the rest of the country, as well as InterNACHI training materials:

The requirement for 1/2" lag bolts or screws is needed for shear strength. Then it becomes a question of how many bolts are needed. Anything less 1/2" diameter or the required number will generally not meet local building code.

Oh well, the OP vanished. We see this too often. The good news, valuable info in this thread for others.

The good news, valuable info in this thread for others…

The takeaway from this thread is that when the type fasteners are in question, get a nice, clear close-up picture of any markings on the head.

Haven’t come across it yet, but here it is…

A lot of flashing is used without an understanding of gravity as it applies to water.
Just makes things dry slower, rot faster.
Doubly so for “miracle” and sticky solutions.

The old school builders had no caulk (beyond tar), and were able to build things that last without same.