just to make sure I am not crazy 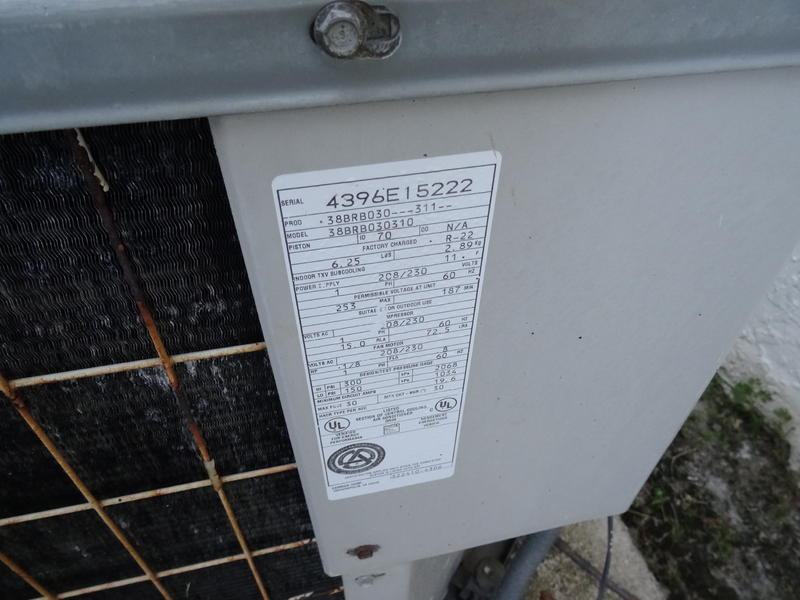 Without knowing the manufacturer, (never assume they all use the now standard format), that would normally be correct.

Also… never assume the reasons for anything. The home could have been build for someone… minus the AC… or with only a single unit… and the new homeowner relocated the unit from their old home, which at the time was 9 years old. Cheap bastard? Yes! but nothing wrong with that.

Scumbag HVAC Co. installed a (new) unit that was sitting in their warehouse that long, or they installed a used unit, or… or… or…

Not your job to explain… just to report what you see.

Save the gray hair for other stuff!

Where do you see a date. That 96 in the serial could be the date and most likely is.
Who is the manufacturer?

Thanks Michael, thats what I found, just wanted to be sure before I reported it to be older than the home.

I’ve seen many units installed that were way older that the homes that they were put in…I just reported what I saw and moved along. :shock:

It’s also common to see different ages between the inside and outside units, it’s all about what was in stock at the time