This is a 1990 Rheem air handler. The coils were replaced in 2002. There was an oily substance on the spacer between the wires and the coils. Anyone have any idea what / where it could be coming from? 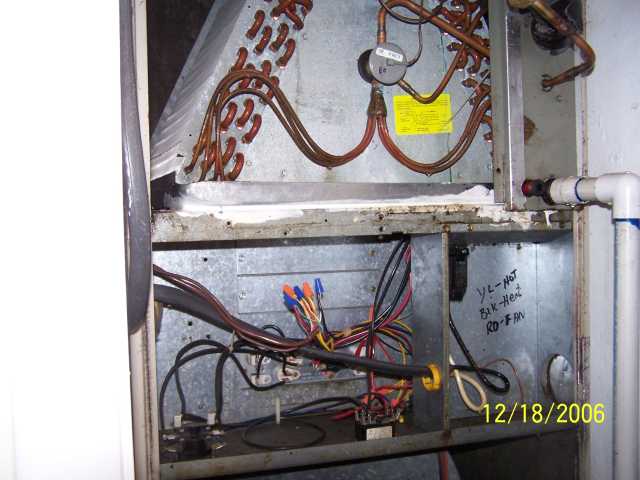 More than likely refrigeration oil, it may be from the old repair.

Is there a trap on the condensate line. I don’t see one in the pic.