Having a hard time here, I would like a new digital camera that,

Oh ya and take decent pics

My favs for inspecting ESPECIALLY IN ATTICS ARE CANON. For some reason the top end Nikon point and shoot which even did 3 d sucked in attics and would never focus correctly.

My method is go to Bj’s or Online and get canon’s latest and greatest point and shoot and you will likely be happy. The most expensive one :(. Quality is always great. I keep mine on my hip in a case and where a lanyard around my neck with it attached. They almost all break when dropped and I have never dropped one since wearing a lanyard. Good luck, many will disagree and say you can get off cheaper but you get what you pay for. Online B Video is the best. Great service and fair pricing, info is top notch they know their crap.

Arthur many cell apps do what you ask.

Let me know if you find a camera that does it today.
Some of the old ones did .

Dom may be working on that feature as well if you have HIP.

The act is called a voice over.

I have the Canon SX510HS which has wifi capability that I use for attics.
I can transfer the pictures from the camera t my phone, then add any text using the phone.

It has been discontinued, I have had it for almost three years, but I am sure there is a newer version.

I got it from Amazon with a bundle kit which included a tripod, sd card usb converter, case, etc.

I have found, that with the cameras on cellphones today, you can use those for most of the inspection pictures and they are fast. I was testing out an S7 recently and it was almost instant taking a picture.

For a really good camera, I would agree with Mike, Canon seems to be the best, has the most features, and is easy to use. If I am not mistaken, It is what they use at Disney, probably the slr version, for “Photo-Pass” pictures. I’ll check next time I go…which will be fairly soon! 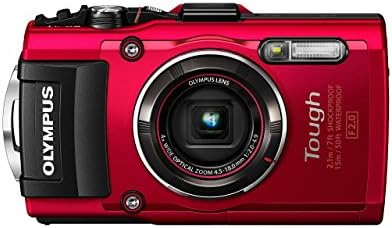 Hey guys, I would like to thank everyone for responding to my post and offering suggestions.
I ended up with the Olympus TG-4 Tough camera. Here is my experience so far (after 1 week of use and 2000 or so pics) as we know, this may change over time !

Pros -
-It is rugged and feels pretty good in hand
-Smash proof, water proof, cold and heat as well. (I have tested all)
-The software is good once set up, just plug it in and auto downloads by date (which is how I prefer)
-Remote shooting is cool, I had it stuffed about 2 feet in a flue pipe (submerged in ash) and could remotely view what the camera is seeing on my Iphone, (once connected through wi-fi) u can also take pics remotely and focus through the phone. Then just scrub the thing with soap and water and its good as new !
-There are a host of accessories.
**Cons -
**- My old 7.1 mp Cannon Powershot took better pics (the TG-4 claims 16mp) I have been getting some fuzzy pics, and white wash photos with the flash. A majority of this may be due to user error though, I am still trying to see what works best for the settings.

That’s it for now, thanks again for all your feedback !!