Separation requirements for parking under a pier home

I inspect homes on the NC coast and most homes are slab, crawlspace or pier, I question the ceiling fire requirements for a parking area under a home in an open area (pier). I just did one today (New construction) and the ceiling above the parking area was vinyl soffit material. The requirements for a garage is 5/8" sheetrock. I guess it passed code but also maybe overlooked? Much of the information is about the walls not the ceilings. A grill or car fire under the house?

Looking for some understanding of current practice. 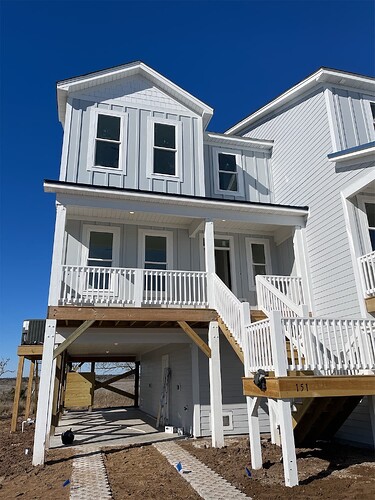 Hi Bob, what building code does NC use?

Thanks for the quick response Brian!

Well, I don’t know from what I can see online the latest one is 2018? I don’t think they have adopted the current electrical code (as of last year).

As a side note, if it is required in the most current code I would call it out. “While not required at the time of construction current practice is… for safety etc… recommend considering updating.”

I was running thru NC IRC 2018. It’s difficult on my phone. Sorry, can’t be more help. I only found this. I’m sure there is more there. 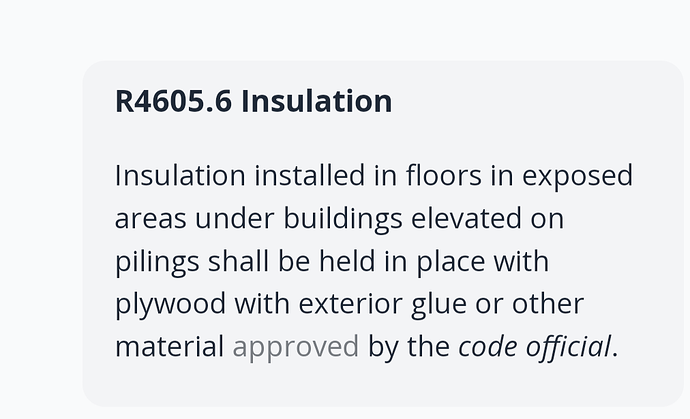 Thank you, I have seen some of those statements (I indicated the limitation to inspect the insulation) but I’m sure you agree that it’s not clear. I have seen plywood etc. on other inspections but it has always concerned me that I am not calling out something that needs to be called out. I also don’t want to be misinformed and call out something that doesn’t need to be. I want to get to the bottom of this after this last new construction.

Call the AHJ where the house is located, and ask them what code the current permits are issued for, or similar. In my area, many locales post that data on their permitting portal.

Once you have that, you can research the specifics.

Thanks Dominic, Good suggestion, I will do that and post what I have found.

you said - garage 5/8 sheetrock, I agree for a garage. This may not be considered a garage. In Tucson they are carports…

In Tucson they are carports…

I think the difference is the living space above. But my GA code does not address this either, only garages.
Carports are defined as no less than 3 sides open, everything else is a garage. It says nothing about a living space above a carport

Not sure about NC, but around here each municipality have specific provisions or changes added to what ever building codes were adopted. As @ddagostino suggested, check with the local AHJ.