Having a hard time with this one, as far as confirming if tandem breaker is allowed. According to the ledger/ circuit labeling it looks like it is. I just don’t know for sure and can’t find any info regarding the model #? Also, one info label in the panel was missing. Anyone have any insight as to whether the tandem is allowed in this panel at this area? TIA. 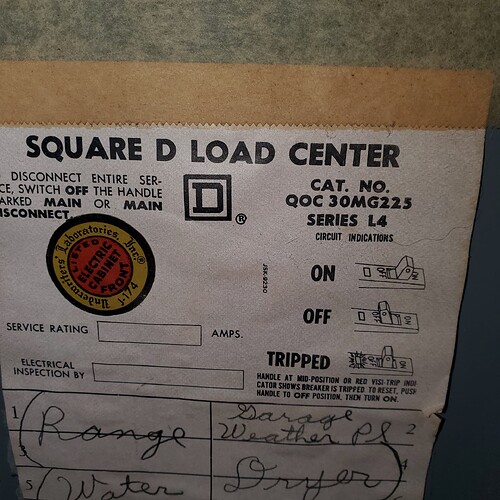 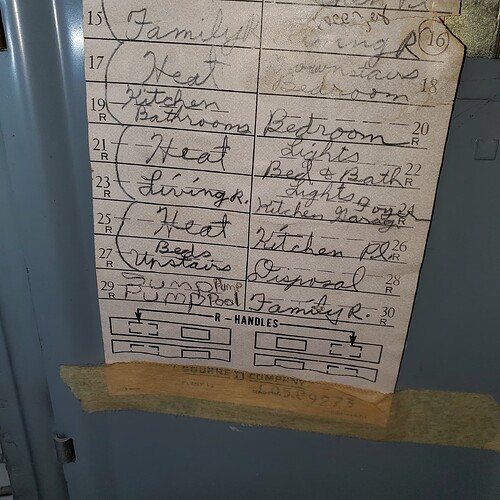 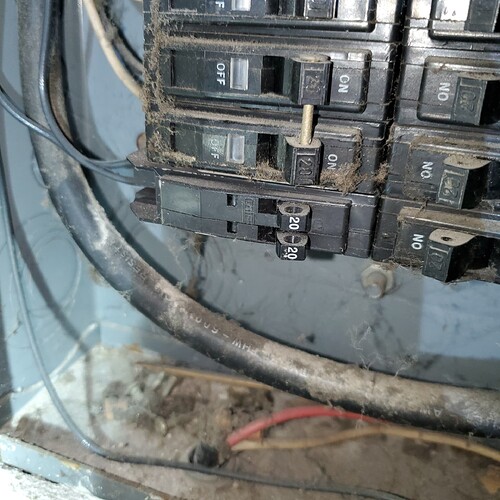 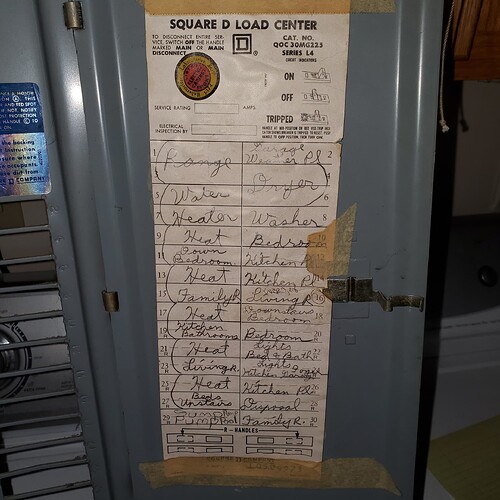 That is an old panel. From the label it appears that tandem breakers are permitted in slots 19-30 but they appear to be the old style tandems where there is one handle in front of the other.

So the one that is currently installed isn’t the right one? Do the older side by side ones attach differently than the typical “stacked” tandem / piggyback breaker? How would you comment on this installation if you were the inspector?
Appreciate your help!

Robert, what is the reasoning for panel manufacturers specifying certain locations for tandems? Is it for heat distribution? Is the bus different in those areas? Something else?

Hey Ryan,
Not to hijack your question to Robert, but here’s a good read if you’ve never read it and it may help answer your question.

Yes, I know and I alluded to that in the first post.

I was questioning the 30# and if the style of tandem breaker is allowable in this panel, as far as the connection.

Not to hijack your question to Robert, but here’s a good read if you’ve never read it and it may help answer your question…

Yes, it did I think. Basically the manufacturers use a different mounting geometry in those locations, in order to limit the number of tandems that can be installed to just those number of spaces.

Older panels were non circuit limiting. Rules changed limiting panels to 42 circuits maximum. The bus and breaker design was changed to reject tandems and the older tandems were labeled for replacement use only, but will fit in the ctl panels,

Panelboards have gone through many changes over the years. Up until a decade and a half ago there were two different classifications, light and appliance and power. L&A panelboards were limited to 42 OCPD. Now all of that has been removed from the NEC. Manufacturers designed the panel to accept only a certain number of circuit breakers, for example 100 amp-20, 150 amp-30, 200 amp 40. That could be a combination of full and tandem style breakers or all just full.

The panelboard in the OP photo indicated that the bottom 5 slots on each side is listed for tandem breakers making this a 40 circuit panel. It further indicates that they are the old Square D style. So the question is can the newer style (side by side) tandems be used? IMO the new type is functionally identical to the old style.