Why the double tap?

I bet the breaker above it (unused) was tripping too often… 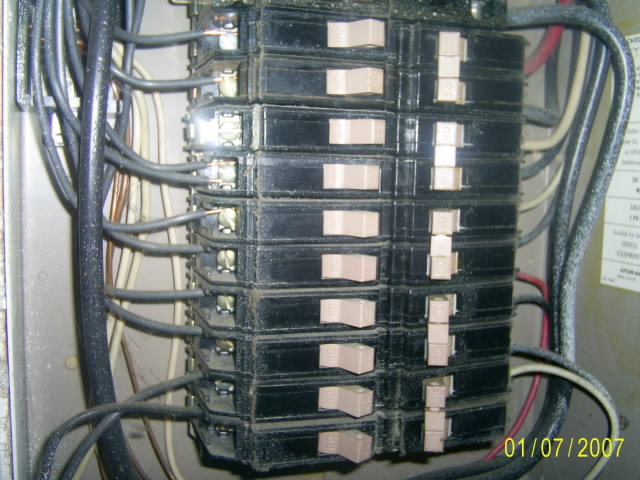 Does seem odd. Many of the Cutler Hammer CH series 15 and 20 amp breakers are rated for two conductors of the same gauge. The fact that these breakers lack the amp rating in black ink on the ends of the handles leads me to believe that they have a bit of age on them (I think they started making black amp ratings in the early 90’s. before that they were embossed). Perhaps the empty breaker was nuisance tripping, as you suspect. The Cutler Hammer CH series is a famously high quality plug-on style breaker. It’s certainly the most expensive residential panel.

So what do you write during such a finding? Technically, I see no particular violation. It does seem pretty obvious the the above breaker must have had some issue, and the conductor was moved down one. Do you just note this in your report, with no particular remedial action recommended?

“Doubled lugged breaker within the panelboard; It was almost certainly due to the breaker above it nuisance tripping. Monitor for issues with this breaker tripping as well. If such tripping is noted I recommend a licensed electrician replace both breakers (repeated tripping can cause them to trip prior to a real circuit overload) to ensure adequate load is available to all circuits.”

is what I have wrote so far…:roll:

What about the use of the white conductors on the devices to the right side?

What about the use of the white conductors on the devices to the right side?

Noted as well… just not any mystery there… :mrgreen:

It looks as though the empty breaker is not of the same vinatge as the others. Close but not quite. It may have been installed later.

I was thinking it’s a bit “polished” from the repeated resets (prior to moving the conductor, of course) but it looks as old as the rest in person…

I agree with Joe…those white conductors need to be re-identified and it appears that double tap regardless of the model…appears to have (2) different sizes running to it…but it could just be the angle.

That is the problem with guessing. It could be a breaker that was being saved for a load they never got around to adding, or are taking with them.
Some real estate folks are smart enough to remove some homeowner added stuff before a sale. Where there any KO seals (or missing ones) in the panel?

There were ganged grounds but the neutral conductors were separated

That is the problem with guessing. It could be a breaker that was being saved for a load they never got around to adding, or are taking with them.
Some real estate folks are smart enough to remove some homeowner added stuff before a sale. Where there any KO seals (or missing ones) in the panel?

Ok Micheal. You were there. I was not so I’ll take your word for it. It might just be the way it shows in the picture but here is what makes me think it was installed a little later. 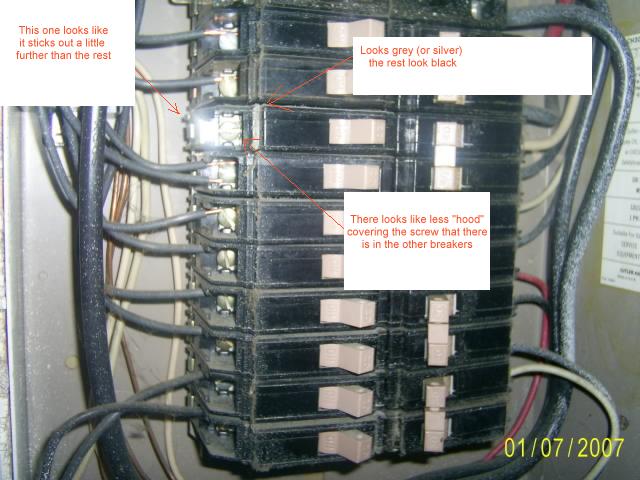 Not that it really matters for the double tap.

The breaker was loose within the board as well and actually “rocked inward” a tad… I think you can see it a little in the general pic… The left edge is somewhat higher than the rest. 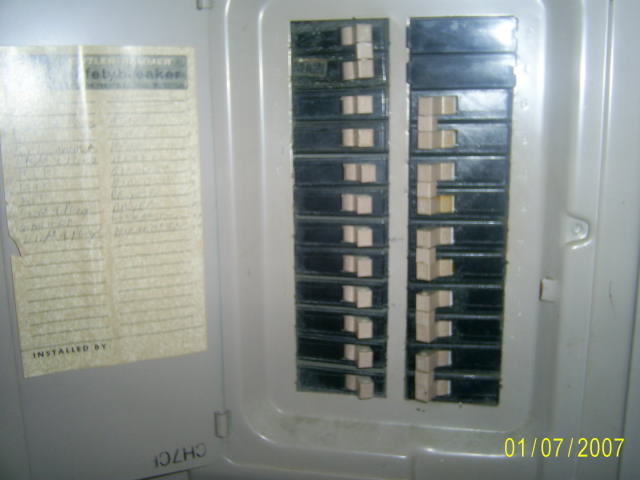 Got a quick one off thread a little — 60 amp service - with heat pump terminated very professionally in meter box with main service drop. It had a breaker within site of the pump

Ah! That explains every thing. It may even explain why the wire was moved.

Was the directory filled in, if it was properly identified it may direct you to the circuit it supplied. What if it was a kitchen circuit…

RLB,
got ya covered…thanks for the call…!