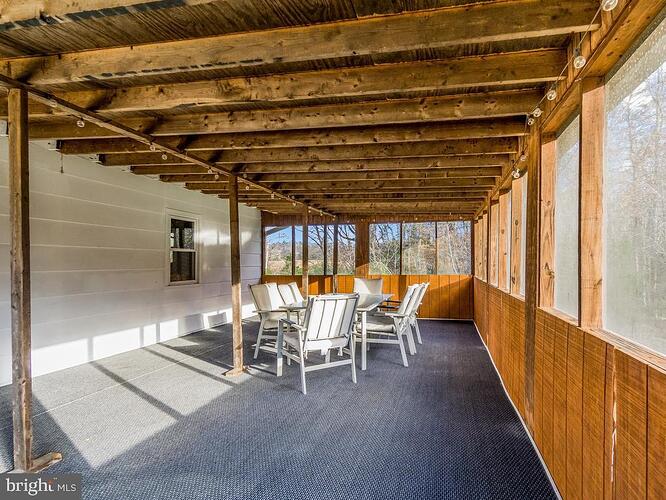 I’m doing an inspection on this home tomorrow, and the photo I have uploaded is of some support post(s) for the porch roofing. I’m just looking for some opinion on what you guys see? I see the first post left has a splintered top, and that may bother me a little bit, maybe movement??? But mostly, why is it there anyway? Thanks!

Looks like those posts are there just to support the sting lights.
I’d pay mor attention on how the roof joists are supported at the building.

My thoughts as well.

I see many of these “additions” that I call out as having substandard roof support systems, and when asked why, I just say as a home inspector I’m thinking of how it will hold up with a 4 foot heavy snow load on it.

But hard to really tell from the pictures how well this one is put together.

Thanks for the feedback, guys!

Curious what kind of roofing is on that very low slope roof. In general, it looks like the area gets wet often.

IMO, It looks like the posts were added for extra support. Other than that, why would you put them there?

Other than that, why would you put them there?

Good question, but they are not doing much with that 2x4 beam laying flat.

Not saying that it was done properly. Someone attempted to add support.

Yes it does, doesn’t it!

I haven’t seen the roof, or the actual pitch yet, I’ll let you know!

I’m willing to bet you’re going to find several issues with this deck/porch structure, other than the temporary support post you’re questioning. I see a few just looking at the photo.

Not to be a snoop, lol. But I went and found the listing because the OP’s picture has the address as the file name. I’d be looking closely at the roof joist span if there is any possible snow load, especially considering the pitch. 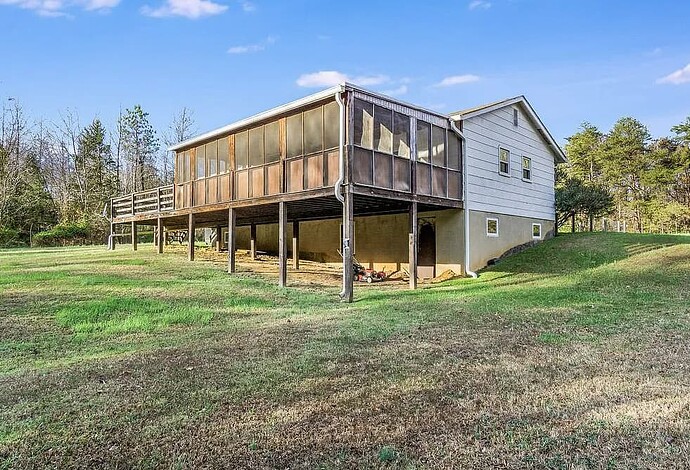 If that is in snow country, I agree with Ryan.

If that is in snow country,.

It’s in VA. Not exactly snow country, but not sure if they have a designed snow load requirement or not.

Well, they might get snow tomorrow, a snow storm headed for the Northeast. LOL

What do you see, Chris?

I’ll take a look at that, Ryan! Thanks!

I’ll take a look at that, Ryan! Thanks!.

I bring it up mainly because the posts in question should not be considered “supportive” of the roof in my opinion. So the span is from the wall to the outside beam (if there is one). Pictures can be deceiving of course, but it almost looks like the roof joists are sagging under the weight of just the roofing materials. 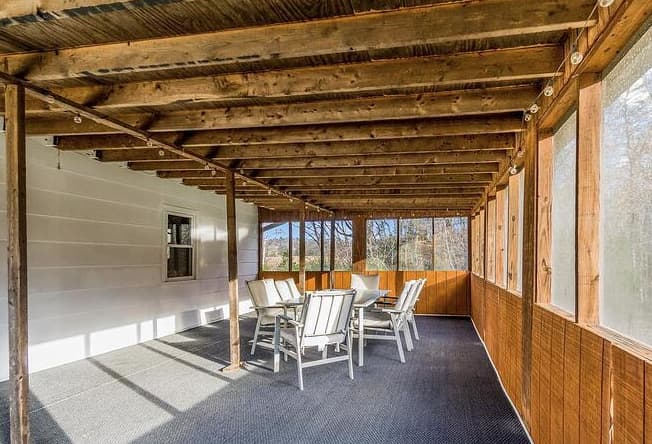 It looks like they attached the rafter ends to the house facia trim.