Commercial inspection today. Brought a new electrician with me. He found these two interesting items (among others). Anyone guess what he is looking at.

The second picture is a mess of wires (SEC’S) running through the raceway. He was not overly concerned with the amount of wires there. 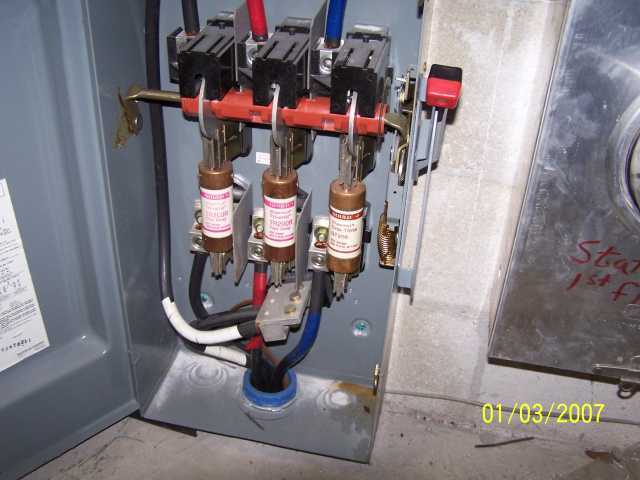 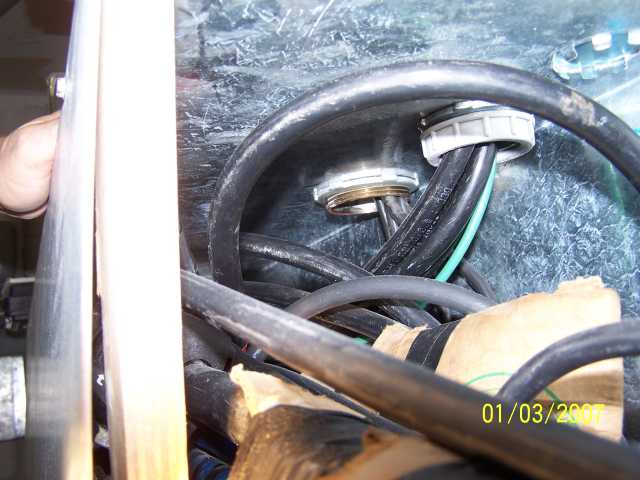 In addition to the unattached non-UL listed neutral assembly.
No apparent grounding.
Rust in the bottom.

(2nd pic)
No insulating or bond bushing.
Taped in cardboard for what?

You win. I have no idea what the cardboard and tape are all about. It think they did that to keep the wires together. There were six or seven disconnects in that room.

Cardboard is often used as a buffer when bug splices are touching in a trough or large splice box. I have seen this in 50 year old installations.

I’m not saying it is good, bad or evil. It’s just something I see from time to time.