How could they have not know?
It is mummified now, but the stench when he/she was decomposing must have been horrible.
Even the drywall is stained above it. 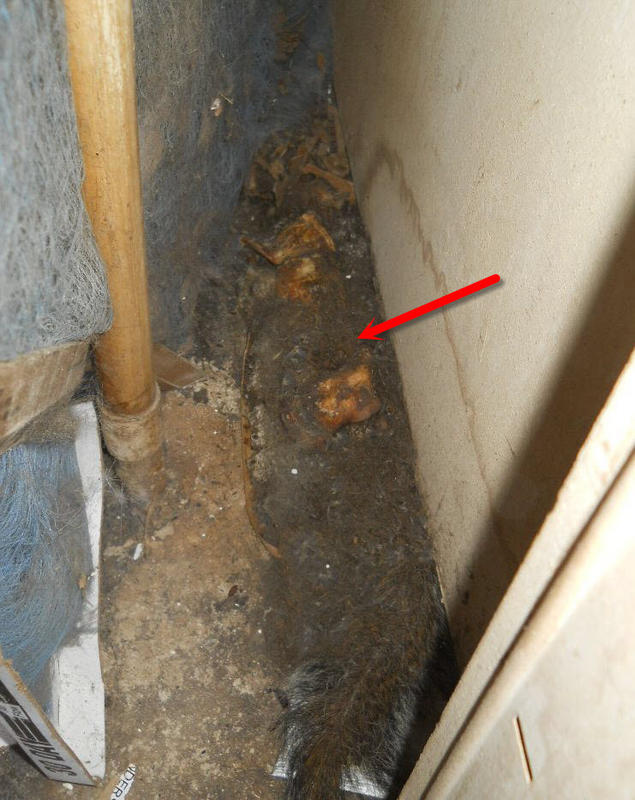 that had to be bad…

Redneck Roy, at least you did not have to buy lunch!

Perhaps if they changed the filter once in a while.

edit:
I see you removed the post where you said you wondered how it got there unless it was high efficiency…lol

Someone missed an opportunity for some good stew or gravy!

Roy, Years ago I remodeled a Bass Pro shop down your way, and unbeknownst to us a stay cat made a home in one of the new RTU units. We never knew it until after the unit was turned on and the cat got caught in the blower. Good times!

Redneck Roy, at least you did not have to buy lunch!

Redneck Pete
You are correct .
I slapped the darn thing between two slices of bread with mayonnaise and ketchup!

They are my favorite " fresh " small game animal. Exceptionally good on the BBQ.