What did I tell you!

Several states are experiencing a bounce.

What did I tell you!

“A lot of lawyers I know are in their basements at midnight, working on a screenplay or novel, trying to become the next Grisham,” says one attorney. “Law school teaches you how to be an asshole, and a bunch of us woke up around age 55 and said, ‘I don’t want to be an asshole anymore.’”
Did you not get the memo? :D:mrgreen:

Those who have fallen farthest should be the first to rebound…:roll:

8571 homes sold last month. Consider that there are probably still at least 2000 inspectors statewide that gives an average of 4 inspections per inspector for the month. Doesn’t sound like much of a boom to me.

“A lot of lawyers I know are in their basements at midnight, working on a screenplay or novel, trying to become the next Grisham,” says one attorney. “Law school teaches you how to be an asshole, and a bunch of us woke up around age 55 and said, ‘I don’t want to be an asshole anymore.’”
Did you not get the memo? :D:mrgreen:

Lay off the weed Little Man:p:p

Lay off the weed Little Man:p:p

Why Linus? Dude, the sativa your wife left here last night is killer (or was it indica), sorry bout bustin’ your bong though. :mrgreen: 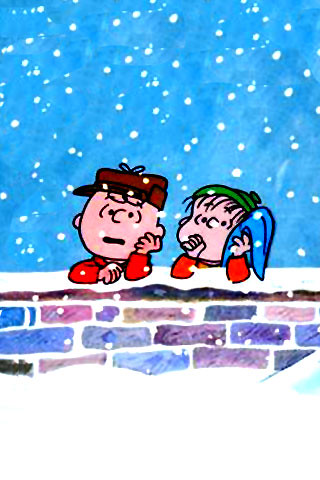 With U.S. home prices in free fall and mortgage delinquencies mounting, pressure to modify troubled loans is ratcheting up.
But lawyers who represent candidates for modifications say the programs are hobbled by the complexity of securitization pools that hold the loans, as well as by uncertainty about who actually owns the notes underlying the mortgages.

Problems often emerge because these notes - which are written promises to repay the full amount of a mortgage - were not recorded properly when they were bundled by Wall Street into pools or were subsequently transferred to other holders.

How can a loan be modified, these lawyers ask, if the lender cannot prove that it actually owns the note? More and more judges are asking the same thing about lenders who are trying to foreclose on borrowers.

And here is another hurdle: Most loan servicers - the people responsible for handling all the paperwork surrounding monthly mortgage payments - are not set up to handle all of the details involved in a modification.
Loan servicing operations are intended to receive borrowers’ payments. Producing loan histories and verifying that payments have been received or junk fees have not been applied is considerably more labor-intensive. This cuts into profits.

“These servicers are not staffed up and they don’t have a chance in the world to do the stuff they are supposed to do,” said April Charney, a consumer lawyer at Jacksonville Legal Aid in Florida. Many servicers stonewall troubled borrowers who ask for histories of their loan payments and fees, she said.

Several states are experiencing a bounce.

It appears that it ain’t just Florida but national demographics are playing a larger role in the housing downturn which shown no signs of recovering.

Housing Inventories on the Rise By ANTOINETTE MARTIN
Published: December 26, 2008

ON the eve of a new year, it is becoming clear that the real estate market in Hudson County, the “Gold Coast” zone just across the river from Manhattan, will have to wait at least two years to celebrate a more prosperous era.

Skip to next paragraph Multimedia

Once New Jersey’s hottest market for high-end condominiums — drawing streams of Manhattanites — Hudson now finds itself with 24.1 months’ worth of unsold inventory.

This is a much bigger backlog than exists in Brooklyn, which has a 13.8-month supply, and it exceeds unsold inventory levels in Queens; in Orange, Rockland and Westchester counties in New York; and in Fairfield County in Connecticut.

On Long Island, the unsold inventory is also swollen. It would take 20.9 months for all the houses and condos currently on the market there to find buyers, given the current pace of sales.

A new assessment of the region prepared by the Otteau Valuation Group presents a generally unlovely picture of residential sales markets:
Manhattan now has an 11.8-month supply of unsold inventory, said Jeffrey G. Otteau, whose Old Bridge, N.J., company analyzes contract sales figures and advises real estate brokers. “This is not terribly big,” he said, “but it is significantly bigger than a year ago — and much bigger than the days when multiple bidders were circling around every available unit on the market.”

There are a few other areas encircling Manhattan that also maintain what might be described as less-than-albatross-sized inventories, including:

Morristown and Mountain Lakes, which has a 14.1-month supply.

Across New Jersey last month, the pace of sales fell 30 percent below the same month in 2007. In October, the drop was 28 percent.

Before that, according to various market reports, there had been a brief, sharp uptick around the region, ascribed to lower mortgage rates and asking prices. But Mr. Otteau’s numbers clearly indicate that once the banking crisis, job losses and bailouts began in October, sales fell and inventories rose.

Looking further ahead, Mr. Otteau has recently raised the issue of potential overbuilding in Hudson County — in addition to his contention that outer-ring suburbs already have a surfeit of single-family housing on large lots that will not appeal to buyers of the next decade.