How would the Home Inspector identify and write up the defect here?
%between%

How about this one ?

How about this one ?

Joe
Missed you at the IAEI Eastern Section Meeting.

Joe
Missed you at the IAEI Eastern Section Meeting.

I could not attend again! I was already scheduled to present seminars, and have been unable to attend that meeting for a few years because of my schedule. 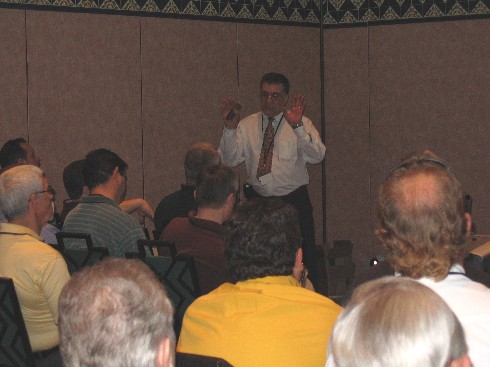 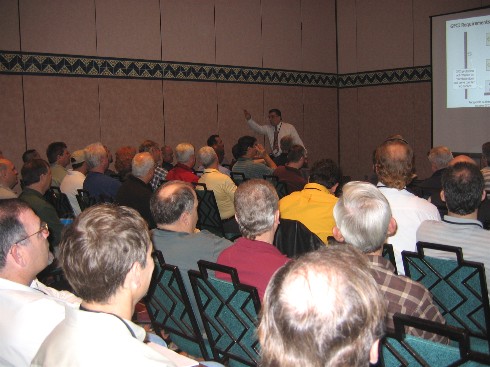 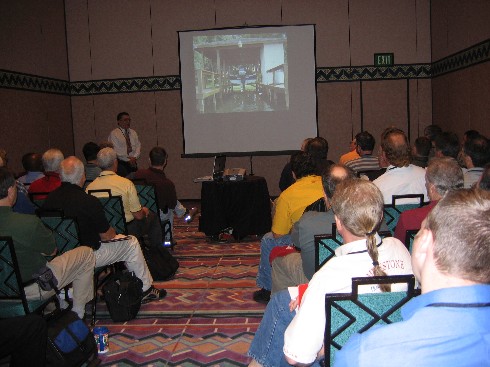 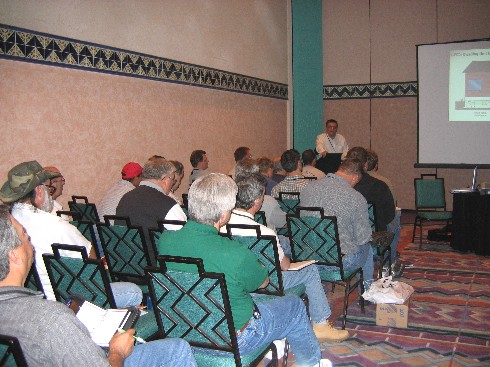 This photo was taken at a house in a flood damaged part of New Orleans. I was curious about the debris collected in the bottom of the panel and took this photograph so that I might show others. It had a very hard and uniform consistency, like rock. As I began working on the panel, I realized it was dried sediment that was left behind after several weeks of sitting underwater.

I was there that day to remove the contents of the panel, as well as the contents of the panel to the left, so that the home’s new wiring could be reconnected through the panel. The home was originally constructed as a duplex with this panel serving the rear unit and the panel to the left, just inside the frame of the photo, serving the front unit. Since then, the two units were joined into a single residential home, but the two separate panels were left as they were originally wired with each panel having a separate meter, and the two meter pans connected by 1/0 service conductors. Over the years a number of additional circuits appear to be have been added, including central air conditioning, gas heat and outdoor security lights. Each new circuit was added to the panel without the panel being replaced to accommodate the maximum allowable number of disconnecting means. Between the two panels, I counted 18 separate circuit breakers, each protecting an individual branch circuit.

I shared the photo with Joe and others to show them the damage to electrical wiring caused by Hurricane Katrina. The more we looked at it, the more problems we found. One thing that added to a reader’s confusion was the discoloration of the ground conductors. The bare copper wires are approximately the same color as the panel itself, making it look as though the ground wires were not attached. But if you look closely, you can see them, attached behind the neutral conductors.