Any guess on what the defect is and why?
For those I would expect to know, let some of the others chime in first. 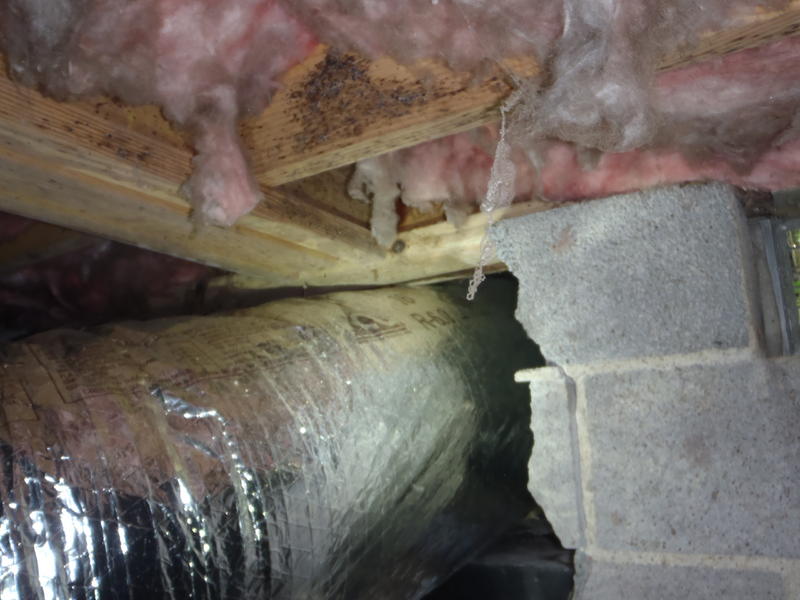 You had beans again? and you **** your pants or you referring to the picture

The problem is related to that big hole in the foundation wall.

Nice staining on the beams and joists.
The joists have no hangers but a 1" by underneath to act as a support.
The beam leads to ?
The jagged CMU will penetrate the vent and I presume the vent is leaking due to the staining in the wood above the lateral vent line.
Only a guess now…

It looks similar to something an agent told me about recently and the fix that was found during the re-inspection was a basketball added under the beam for support.

It looks similar to something an agent told me about recently and the fix that was found during the re-inspection was a basketball added under the beam for support.

Give them the Bulls Basketball as they have no need for one anymore.

I see tons of homes with the hole thru the foundation and no linitel. Most single story seem to perform without an issue as long as its on the gable end, and are usualy written up as a general repair.

This is a first for me with the girder beam. You couldnt have picked a better spot. The sill had a nice bow in it.

Crawl space?
Is that vent trunk line outside going into the home Sean?

Thanks Sean! I saw stains like that yesterday and I didn’t know what to make of them!

Same situation, except a few wall of the chimney foundation were getting in the way of the duct.

Just knock them out of the way, right? 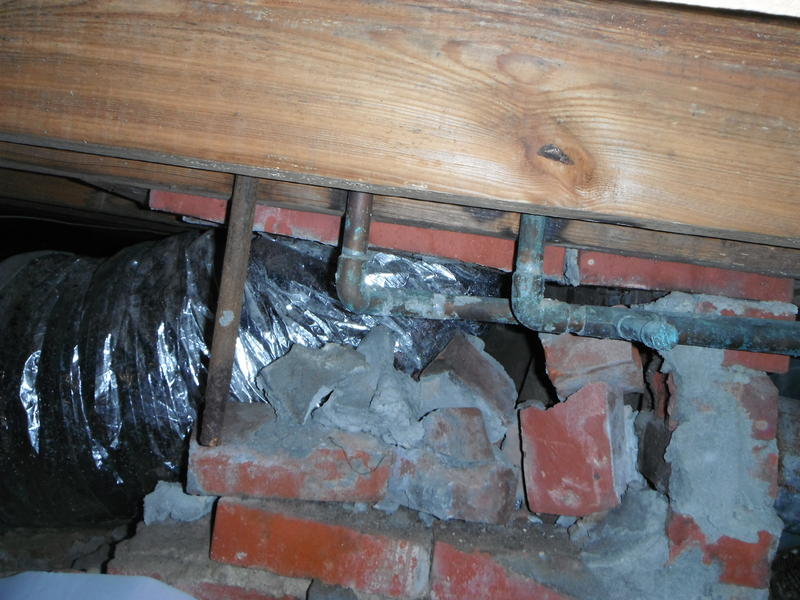 Crawl space?
Is that vent trunk line outside going into the home Sean?

Yes, outside package unit. Have to run both main lines so open up the foundaiton.

I just realized that when I looked at the block and the far right of the pics.
Not many crawl spaces here Sean.
A little green lateral image on the photo got me asking questions…

Why the insulation under the joists?
No barrier?
Open wall cavity.
Even if it is a crawl space it becomes a great nesting place for rodents and such.

Hey Sean can you explain what a** linitel** is for all the new ones on this MB.

It’s a type of bean, makes a good soup.

It’s a type of bean, makes a good soup.

Does it give you gas?