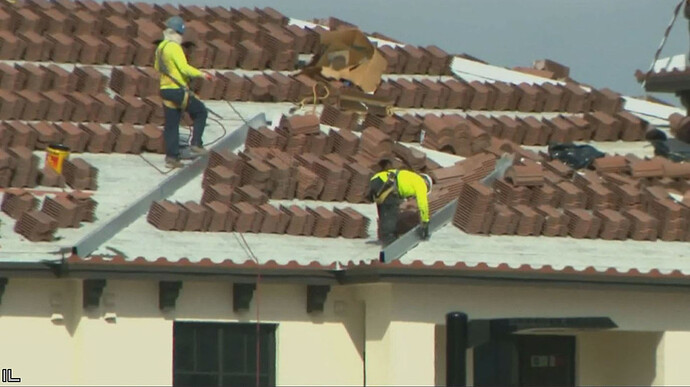 FL homeowners could receive up to $10,000 in grant funding for home hardening...

On the first day of hurricane season, many homeowners are thinking about strengthening their properties against storms, and new state funding could help. During the recent special legislative session, state lawmakers approved $150 M in state funding...

I was an inspection supervisor for the original My Safe Florida Home Program.
It was when Wind Mitigation Reports were first created.
Having it resurface may mean tons of inspections to perform.
I’ll check it out & get back

I’d estimate that 80% of the last version of this program’s enrollees had zero interest in “hardening their homes”, they just signed up for the freebie.

They all got the free, newly created state WindMit form.
Then they submit it to their insurance carrier who was forced to give discounts they never had to before.

Was anyone an inspector in the program, how much did you get paid… …

$75…we did hundreds of inspections during the last economic downturn. It saved our company…I’m hoping they pay more this time around.

The current wording of the webpage (My Safe Florida Home) makes it sound like they are primed to use the inspector requirements from 2008 before Home Inspector licenses even existed, this excludes home inspectors:

Hurricane inspectors, at a minimum, must meet the following criteria:

Hopefully this issue gets fixed, home inspectors are the only license in the state that requires wind mitigation CE to renew the license.

The first My FL Safe Home program was a total scam. There were only about three approved contractors listed for Miami-Dade County and only two returned my phone calls. One sent out a representative who merely insisted on selling me shutters and knew nothing about hurricane doors and roof hardening. Utter nonsense and I did not bother applying! At my American Legion Post the other day, several members remarked that they would get a quote for hurricane windows of 100K and when they said, “no,” the salesman immediately lowered the quote to 40K. Not funny; just crooks! The bottom line: a State inspector spent a 1/2 a day a couple of years after Hurricane Andrew with his daughter, also a certified engineer, who told me that my house would do just fine up to a Cat 3 storm, but no house can be guaranteed to withstand a Cat 4 and above hurricane. I guess because of the imbedded tornadoes. I recently wrote the FL Dept. of Financial Services’ Patronis urging them to assure that the recently announced FL Safe Home Program is not a house of wet straw like the last one. I also cited other programs by the State in the past resulted in corrupt inspectors receiving monetary gains from Citizens Insurance by falsifying inspection data that resulted in increased premiums to the homeowner. Here is my plea:

I certainly hope that the current rollout of the recently legislated, My Safe Florida Home storm mitigation program is not a repeat of the similar initial program launched about two decades ago. That program was ill-prepared and the Miami-Dade contractors listed were fraudulent scammers.

Back in that original program, there were only three State-approved contractors that answered or returned phone calls in Miami-Dade. Only one sent a representative to my house to sell me aluminum shutters. Period. When I inquired about approved, storm-proof doors and roof hardening measures, the representative was completely oblivious to such mitigation strategies.

Other programs by the State in the past resulted in corrupt inspectors receiving monetary gains from Citizens Insurance by falsifying inspection data that resulted in increased premiums to the homeowner.

I certainly hope that this new My Safe Florida Home program will be created by intelligent people working with the interests of the Florida average homeowner in mind and heart as they properly vet the contractors to be approved and assure they are knowledgeable and capable to perform the recommended mitigation strategies.

Incidentally, I had a required Citizen’s inspection engineer tell me after Hurricane Andrew that my 1938-built house with improved additions would do just fine up to and including a Category 3 hurricane. This was good to hear. But, he warned that no matter what we do to mitigate our houses, “all bets are off” on any house surviving a direct Category 4 (or up) storm. Not too comforting.

Also, it is prudent to be aware that although insurance premiums may initially decrease after installing mitigation measures, the Citizen’s actuary calculations seem rather subjective to this layman, which may or could result in higher premiums that would eliminate one advantage to mitigation. These facts beg the attitude, “so why bother?”

I have submitted my name to your agency as a subscriber for information on this new My Safe Florida Home program, look forward to an application using legitimate contractors, and sincerely need the State’s help, to help me pay for storm mitigation costs, especially proper windows on the second story, which I will soon be physically unable to shutter.

As an inspector, how do we get started doing these inspections? Is there a roster we can get on?

It appears that nothing has changed they are simply opening it up again as is.