We added a new illustration to the free, online How to Perform Residential Electrical Inspections Course in the Branch Circuit Connections section related to double-tapping a breaker. Why don’t you also show a breaker designed for two conductors instead of a blanket statement that is not 100% correct? That illustration lacks contrast and definition on the clamp.

In general, if you see a round hole for the conductor, the breaker isn’t designed for two conductors.

If you are trying to show the hole the illustrator choose a poor angle.

Something similar to this regard. 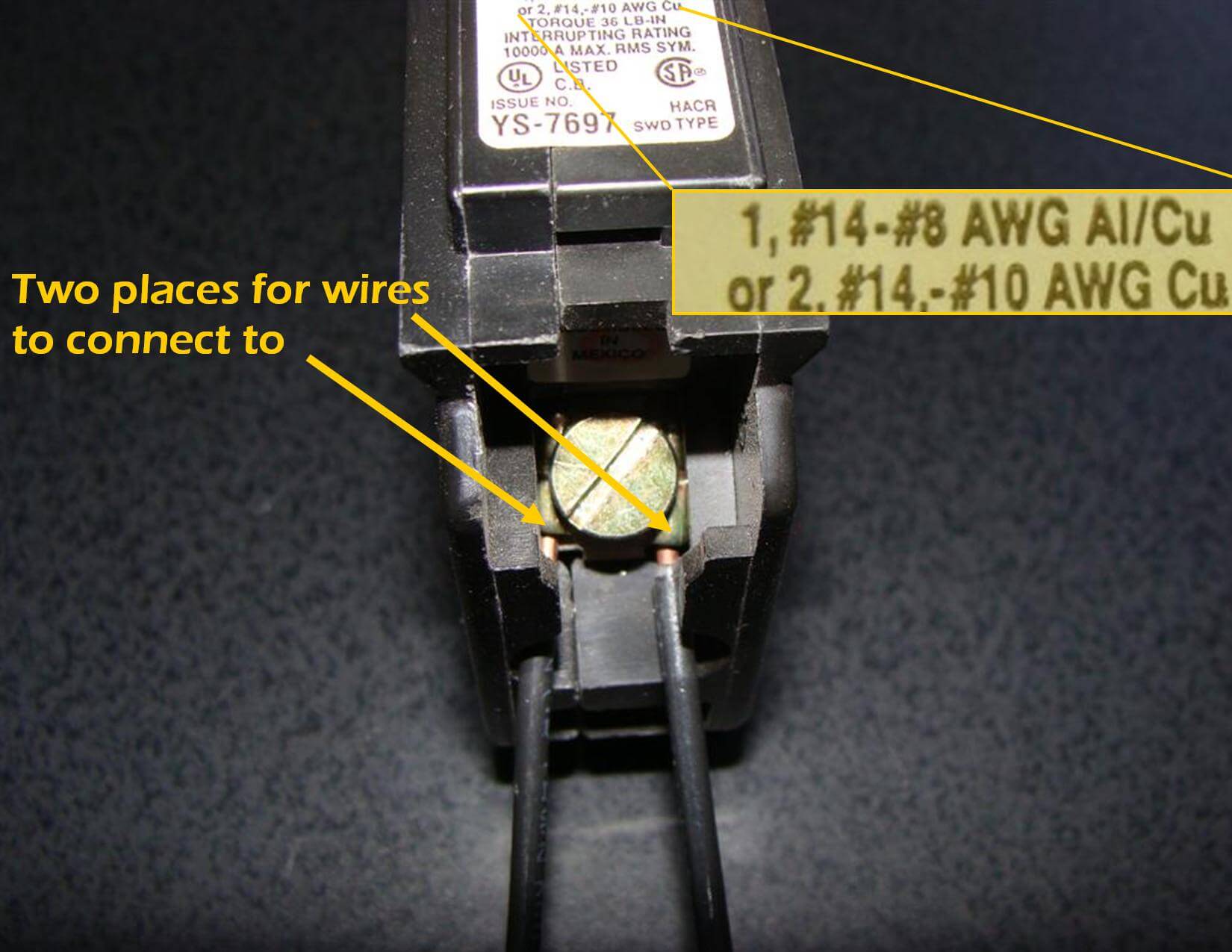 Agreed, could use some refining. Some versions of CH breakers are good for two conductors and they have a round hole.