OK why the cardboard??

Observed this yesterday. Could any of you old salts educate me here? Thanks in advance. 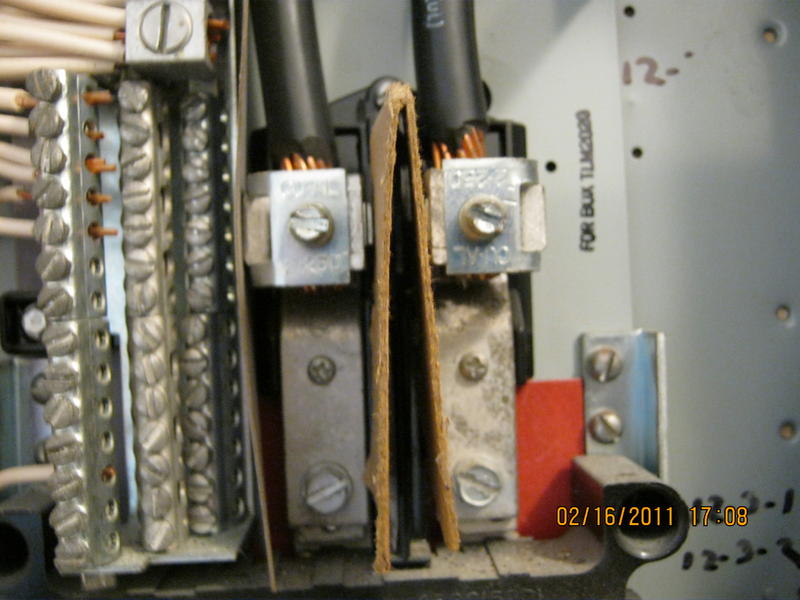 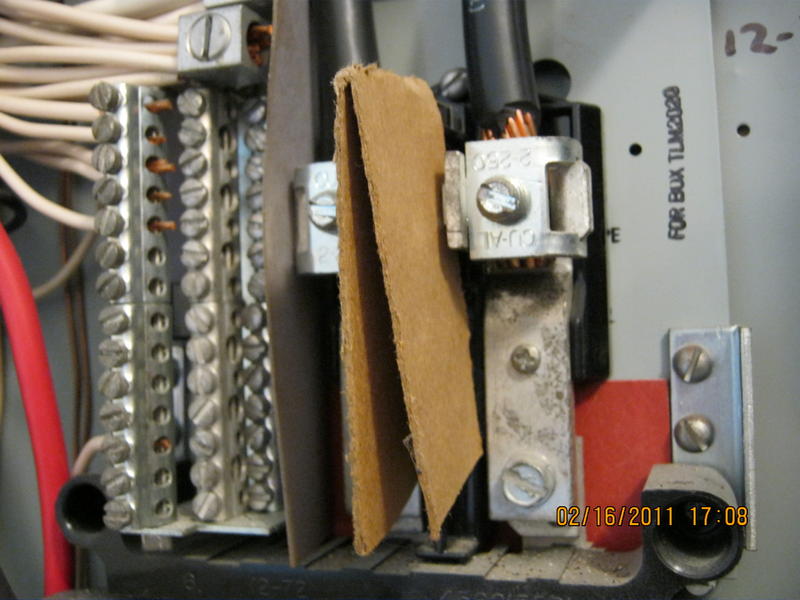 I would guess that someone was tightening those lugs while the panel was energized. The cardboard would provide some degree of protection from slipping with the screwdriver, crossing phases and blowing it up.

I see they’re playing the ‘Can I get more than 5 neutrals under one lug’ game.

Cardboard is always the preferred choice of protection when pulling into a live panel.

Thanks Jeff. I thought the neutrals were pretty neat as well.

I see they’re playing the ‘Can I get more than 5 neutrals under one lug’ game.

Seems as though in another thread it was decided that was OK to do.

Not by me, though…

Not by the NEC…

Not by a number of tech journals I read…

I have found that the instruction manuals are the choice of insulation under the burners of furnaces. Found a few of those in the past.