I have a new build house with a front porch on a block foundation. Should the porch foundation be pinned to the house foundation? 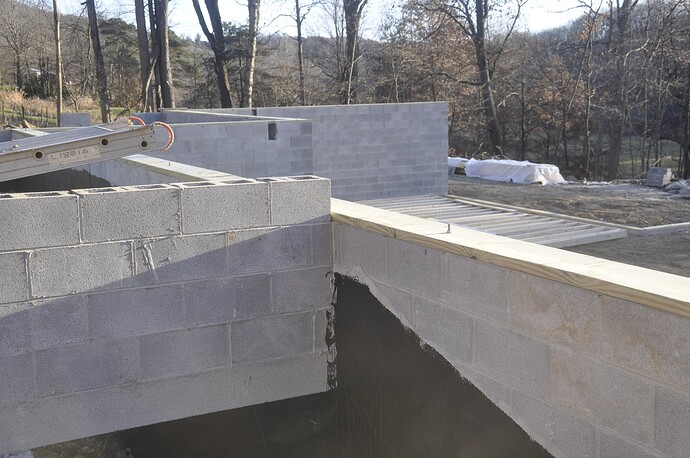 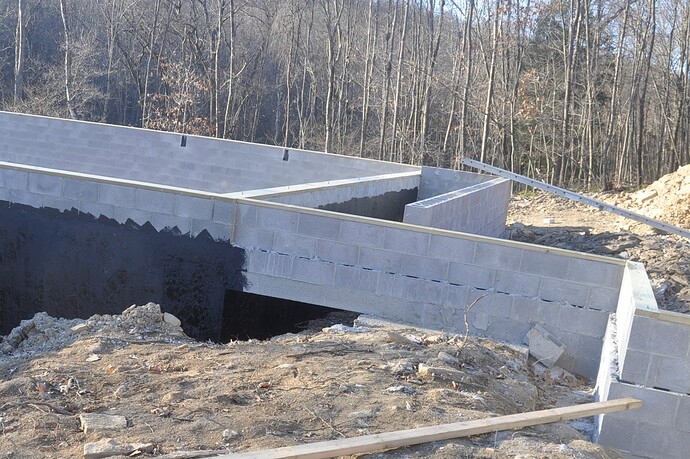 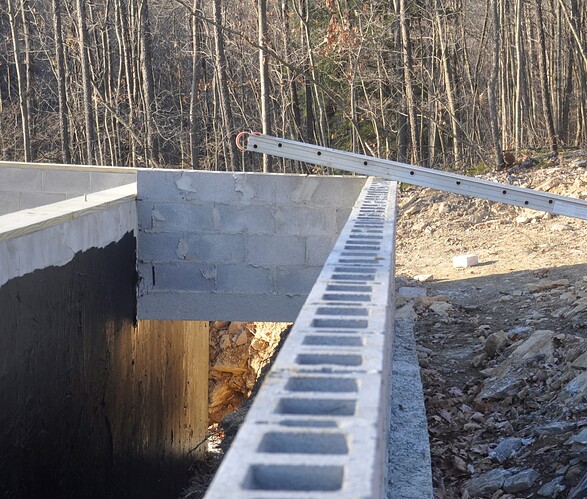 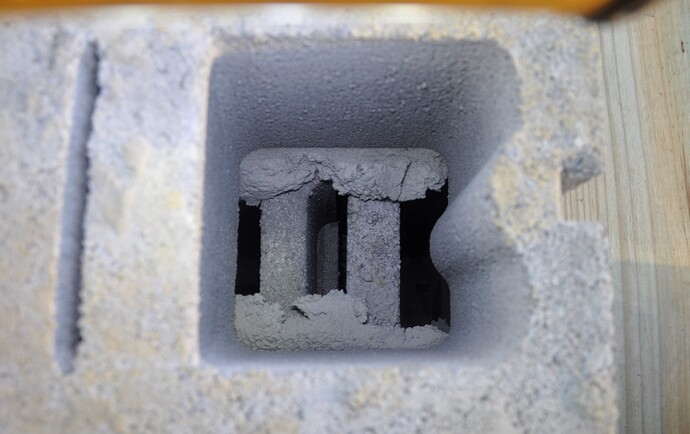 What does the engineering say?

It is unclear if the builder pinned the lintel or if it is necessary. I would have at least pinned the full blocks to the foundation.

Bob, I want to be clear up front I hate block foundations. IMO if you’re going to use blocks install vertical reinforcement and fill all the voids with grout or concrete. The porch bond beam at the bottom should be fully embedded in the basement wall. The porch footing is sitting on the edge of the basement trench, which will likely shear off. They should backfill that trench with clean rock or something they can compact by hand, I see in one of the photos they laid 8” block and used 6” block on the top few rows which leaves an open gap with unfilled block for water to get in. It’s practically impossible to pin unfilled block walls. If they pour a concrete porch slab they could bend rebar from the basement wall into the porch slab, that’s assuming the basement wall blocks are filled and reinforced.

I see they raised the porch wall higher than the basement wall to avoid adding a step to get into the house, which exposes the rim joist under the porch, i.e. an all you can eat buffet for termites.

Thank you. I mentioned this to the homeowner to verify with builder and engineer if this is code compliant with the municipality.

to verify with builder and engineer if this is code compliant with the municipality.

This is a non-prescriptive assembly, so code won’t apply. It’ll be around the neck of whoever sealed the drawings.

1: The builder corbeled the CMU leaving open web cells.
As for tying in the CMU with the poured concrete, There is a bond beam to support shear and lateral loads.

3rd photo i guess is better look for following Q’s,
… did they tie the block porch-footing INTO the B wall w/rebar?

It looks like they did not waterproof the B wall where it meets porch block footing, just saying

so IF any part of that porch footing moves/settles it may indeed cause a crack etc in B wall = leaky basement in this area n so as Randy mentioned imo it would be better if they backfill with all gravel, there… and everywhere else

are they going to apply visqueen or other membrane over tar against B wall? just wonderin’

by the way, block porch footings that are not parged etc can deteriorate, talking about the blocks themselves

back to the block P footing that kisses the B wall, if they ‘tie into’ the B wall imo not good idea

The concrete lentils tie the porch foundation to the basement walls. This is a common technique. Just vertical support, not much in the way of lateral. Like Randy said, it’s really pointless to rebar the block if you’re not going to grout the cells. Rebar into two hollow blocks has little to no strength.
I share Randy’s concern about the front footing for the porch being too close to the trench. The soil there has been disturbed too close to the footing and you have unrestrained vertical soil right next to the porch footing. UVS can cause the footing to shift or drop if that is not back filled correctly.
The porch is set higher for the slab and the front sill will end up below the slab, so proper isolation is crucial and pre treatment for termites under that slab is a great idea. Many of the builders here pre treat the foundations.
Another concern is how the back of the porch slab against the home will be supported. You need some type of support for the slab there. I’m attaching an example from a poured concrete foundation inspection I did recently where they cut a notch for the garage slab. Not exactly the same thing but you get the idea. They could use steel lentils attached to the block or rim joist as an alternative. But definitely need support there so the slab won’t settle from the back fill later. 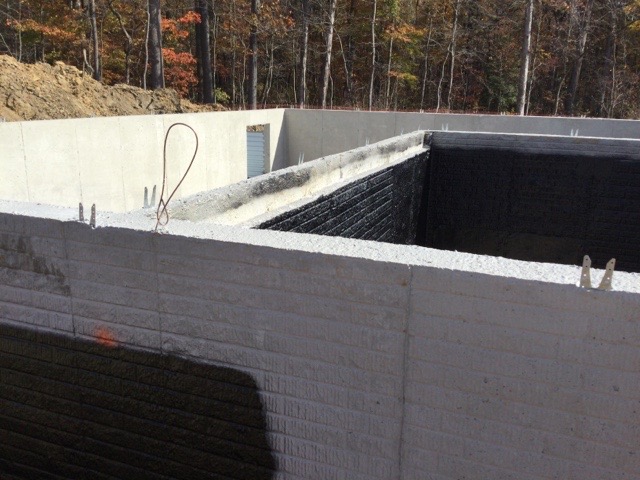 You made a good catch here. It is easy for us as home inspectors to say, “This was engineered so it must be OK.”

How long do those need to be soaked before you can use them??

When autocorrect is being unruly I give it the 'ol “supercalifragilisticexpialidocious”.