Morning folks, while I’ve seen quite a few acceptable connections of pvc to cast iron using a flexible connection, I’m not sure I’ve run across this one. PVC placed directly into cast iron. PVC slopes horizontal left to right and terminates into cast iron stack. I know the original cast iron joints (cast to cast) were joined by pouring lead on-site, I’m curious as to what the opinions are on this. Is this an acceptable repair? I’m saying no based only on what I can see. Thanks! 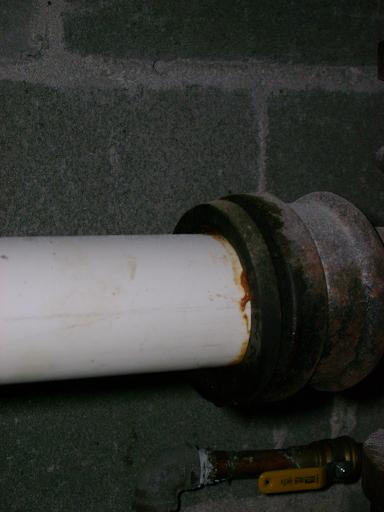 Looks like a neoprene hubless adapter that the pvc presses into. The adapter looks as if it was pounded into the cast iron bell and spigot coupling.