This post has nothing to do with me or my business and is abusive and slanderous Please remove this post. Thank you very much

"How to Inspect the Exterior" Course

For my inspection and writing assignment I selected a picture of an exterior staircase. This picture is of a typical multi-family wooden back staircase. If inspecting this property I would look for items such as stinger span of no more than 36", what the riser height variance is if any, if the handrail height is between 34"-38",the spacing of the balusters, and the weather the handrail is graspable or not.

These are items are just of a few of the inspections requirements for an exterior staircase.

You should also check whether the winders have enough depth at their narrowest points. For example, the staircase you built in my house had so many code violations it had to be completely torn out and rebuilt – after you abandoned the project and walked away with $100,000+ of our money leaving a gutted house that my family needed another 13 months to be allowed back into – and one of the biggest violations was that all of the winders failed to have adequate depth at their narrow points. Apparently your training isn’t going well if you still don’t get that “point.” 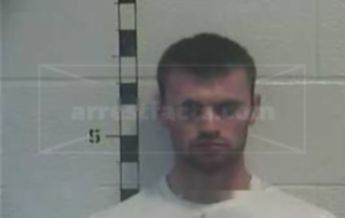 Is that the OP? He seems to be absent lately.

You’re in Chicagoland are you aware of the guests problem company?

third one down :shock:

We had a large remodel of our house, and the GC – Corey Harris Gullion (CHG Construction) – walked off the job and robbed us

third one down :shock:

We had a large remodel of our house, and the GC – Corey Harris Gullion (CHG Construction) – walked off the job and robbed us

Got to give them credit on being creative with the locations they are using for these notices. I would expect HD has a heck of an SEO presence and this will definitely reach a lot of people.

I hope none of those are felonies. He is currently licensed as a home inspector in Illinois.

I hope none of those are felonies. He is currently licensed as a home inspector in Illinois.

It would only become a felony if a consumer filed a criminal complaint against him, he was prosecuted, and found guilty of the felony. So far with the exception of this guest poster there is no indication anyone has.

It would be interesting to hear back from the OP if they are actually the owner, or was the owner, of the company this guest poster speaks of?

I’m the guy who posted the info about being robbed. I figured he would report the post, but didn’t know the site maintains a discussion thread about it. I’m happy to give some updates.

I’ll start by saying that, if this is not the same Corey Gullion, I’d feel bad, but I have been trying to make sure to include the detailed info about the Corey that robbed us, to prevent any chance of confusion. If the corey here is a different person, I’d absolutely agree with pulling the post down. The fact that this cgullion is in Chicago, that I didn’t find any other Corey Gullions in construction in Chicago, and that he joined your site shortly after “our” Corey Gullion ran off on us, all led me to believe this was likely the same guy.

So far the State’s Attorney declined to take up the matter, calling it contractual. The village detectives said there was at least one specific element that should trigger a felony, and there are a few that should trigger fraud claims (although those would be lesser to the felony). So we’re actually still in a back-and-forth with the state, our legislators, and the village to try to get someone to take up the matter and prosecute him. We did a skip trace a while back and he had no resources in his name, so a lawsuit was pointless – although we’re preparing a small claims suit to at least get another judgment attached to his name. If we were wealthy enough, I would have sued him anyway…it’s such a painful thing that a real judgement against him might have given us some emotional release.

I registered on the InterNACHI site with my real information – I have no need to do this anonymously. Corey H. can’t claim defamation because we have a mountain of detailed facts to back it all up (including the police report, our state’s attorney filing, notes, texts, receipts and recorded discussions). But more important, if this is the same Corey, and he wants to be an inspector, and I think it’s relevant to a professional organization to know about things in my original post.

I’m happy to answer any questions.