Can anyone show me where or how this service panel is bonded to ground?
Thanks. 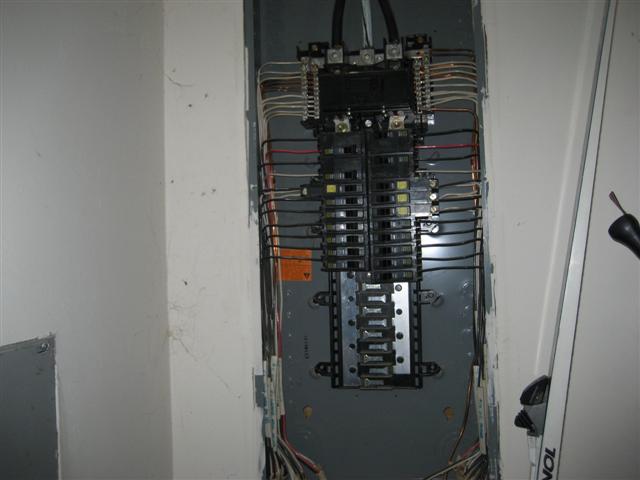 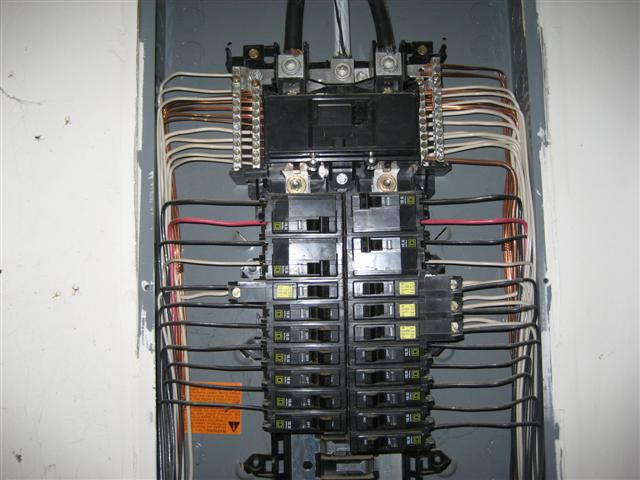 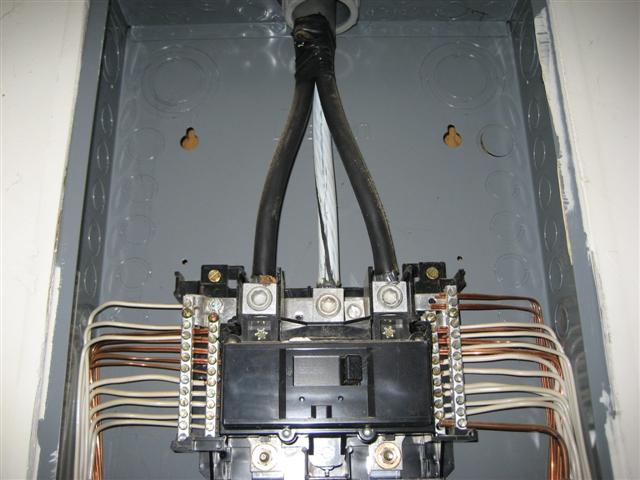 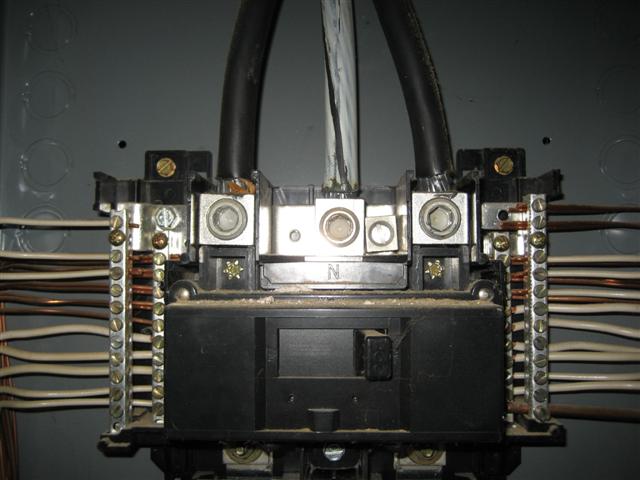 Hey fella…it appears there is a 4 AWG or 6 AWG on the lower right side of the grounded/grounding buss. That could be your grounding to a Ufer if 4 AWG oe Rods if 6 AWG… Now i am answering this on my motorola Q phone so i cant see it real well…

FYI - it looks like the main bonding jumper is missing…grounding may be present but the isue may be the bonding of the enclosure . 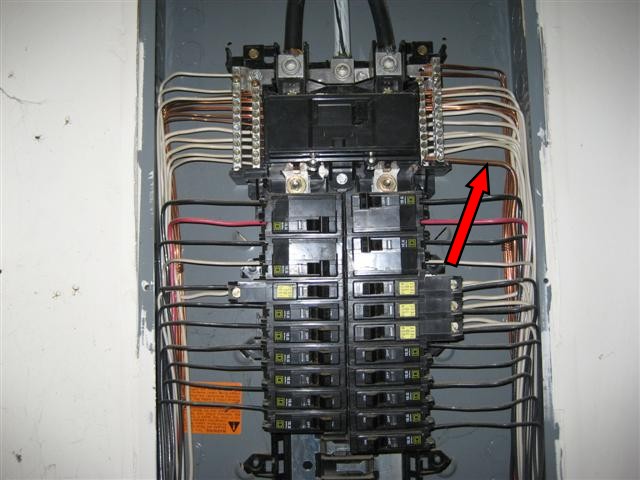 The bond screw is missing. It goes in that empty hole just to the right of the right hand service conductor.

There could be another bond wire connected to the panel somewhere, but I can’t see it and it would not be a factory bond.

That looks like #4 solid to me Paul. Problem is there is only one I can see.
There should be at least two in any case. Even if the water is just a bond and not used as an electrode.
Water/rod. Water/Ufer. Water/steel. Etc.

I guess you have to be there to actually figure the size of the ground.

The NEC Defines this as the: “Main Bonding Jumper” or as it appears in NEC Article 100:

**“Bonding Jumper, Main. **The connection between the grounded circuit conductor and the equipment grounding conductor at the service.”

Agreed fella…i cant see much on this small 3 inch screen. If only one is present and it is 4 AWG then i would look for a Ufer…if that is present no other is needed unless it is indeed present like Peter said…then they have to be tied together…

Need more info from the OP

The only thing I could see is if the installer used #4 and went right from the water bond to a rod with the same #4. Unconventional but legal.

So it really depends on whats present…if metal water piping in earth…yes needs a suppliment electrode…if not metal and only a CEE is used then only (1) 4 Awg would be needed.

That solid #6 AWG goes to a grounding rod.
In reference to the mentioned missing bond screw on the right:

You could also have the GEC coming out of the meter base, very popular here.

1) this screw is supposed to go through to the panel box?
Yes.

… and if the MBJ is a screw it is required to be a green screw.

The ground wires are doubled up at the bus bar when there are extra screws available.

Also should the ground and neutral be on the same bus?

Doubling up the equipment grounds is legal as long as they are the same size wire. The grounds and neutrals can be on the same bus in service equipment.

The ground wires are doubled up at the bus bar when there are extra screws available.

Also should the ground and neutral be on the same bus?

You’re looking for separation of the grounds and neutrals only at LSE (sub panels).