I must admit I have very limited experience in bricks homes as I very very rarely see the house with brick other than just a short decorative wall along the front.
so those are more knowledge would be greatly appreciated. I think this is my first house in 3 years with brick.

This looks like settlement cracking to me I don’t see major signs of shifting but I would love some input. 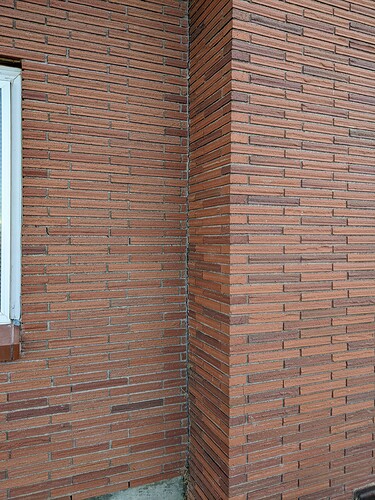 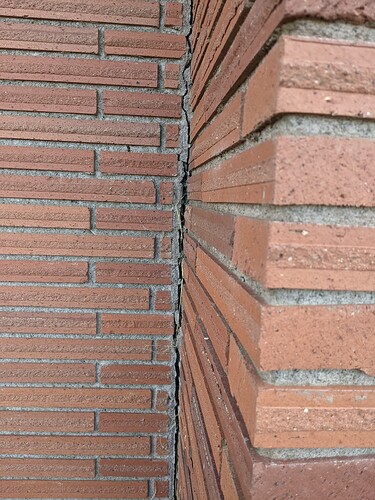 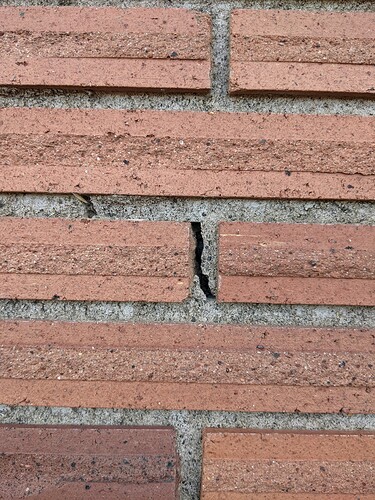 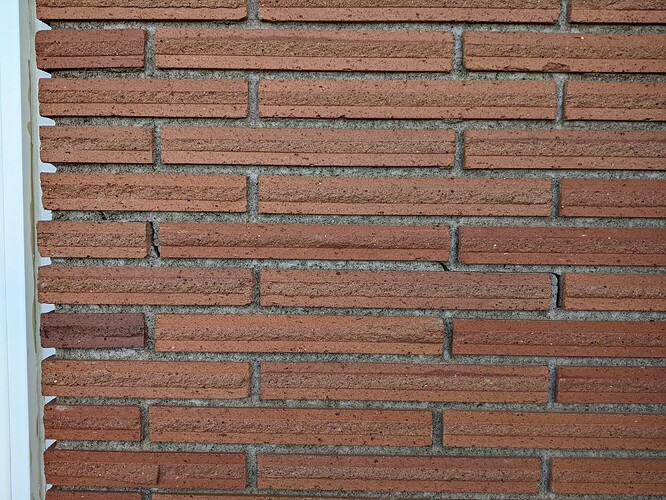 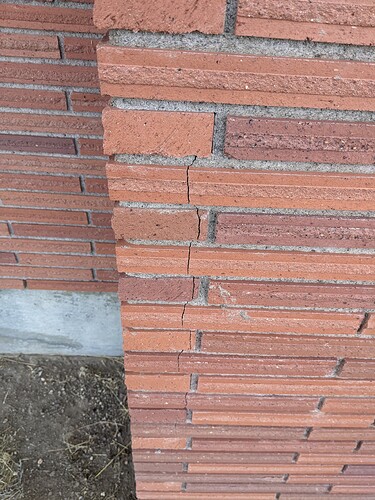 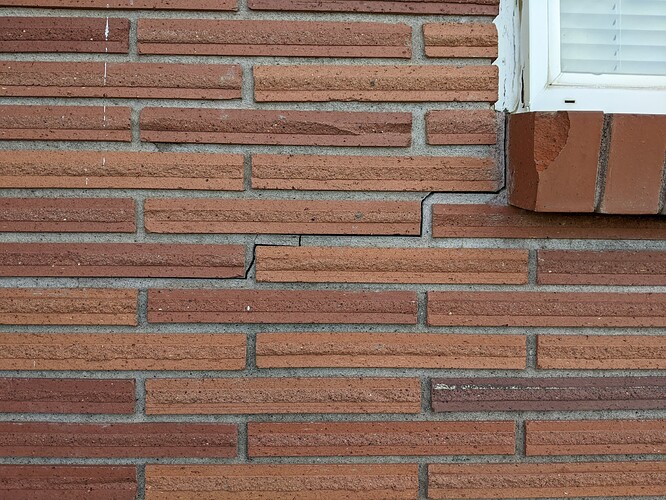 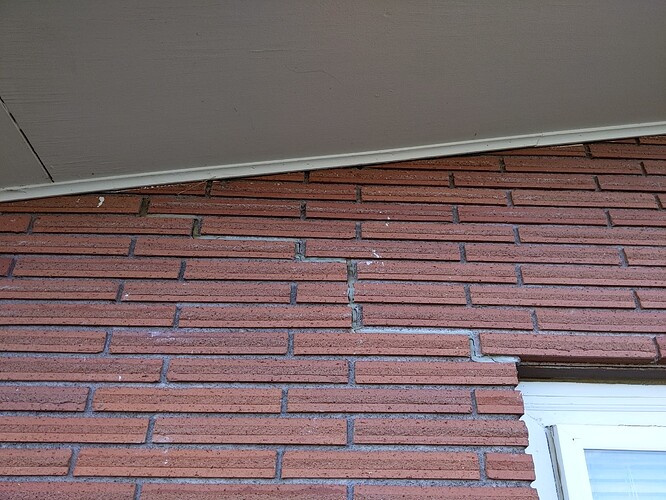 Yes, you have some settling going on. Is the first photo a chimney? Do you have any pics from further back? What did the interior walls look like in these areas?

Your FIRST step is to determine what exactly you are looking at. The inspection moves on from there… 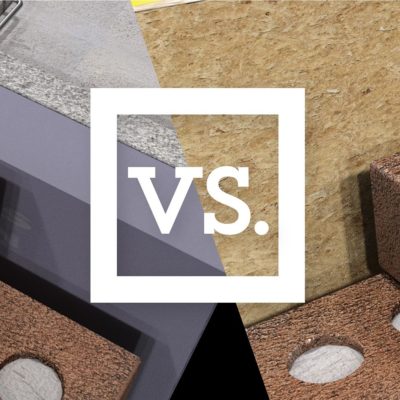 What’s the difference between solid masonry and brick veneer?

What is the difference between solid masonry brick and brick veneer? Is one better than the other, and which should you use? Learn more here.

There is a couple cracks on the interior near the chimney. 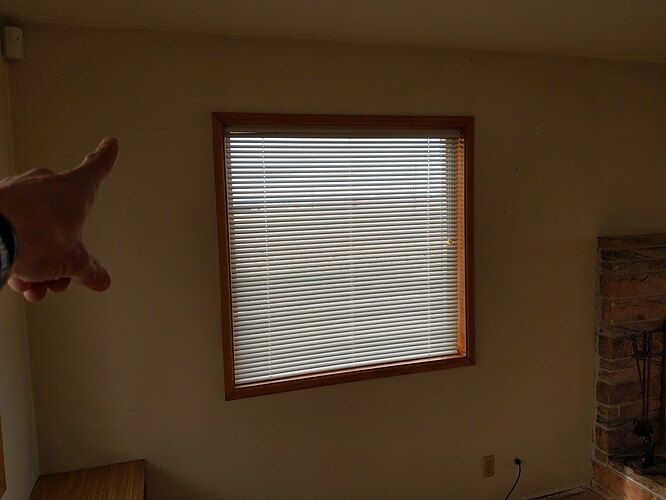 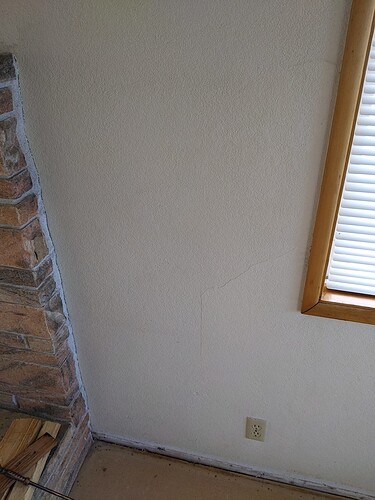 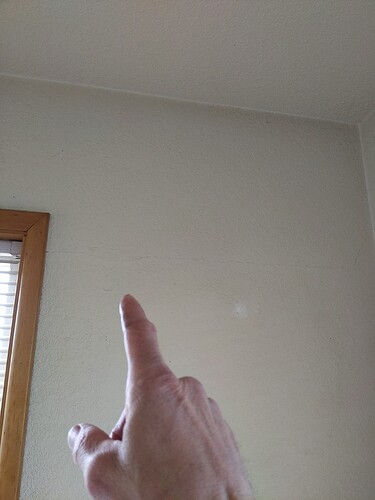 Based on what I can see it appears to me a veneer and not solid brick construction.

You have a lot of stuff going on there. The more different things there are, the greater the concern may be. Individually, each of the photos by themselves are common in older houses and by themselves do not appear (from these perspectives) to be significant.

Pic# 1; The chimney and the house are separate structures in older homes. If the chimney has a foundation, it is separate. A crack in the juncture between the wall and chimney is common because the brick is not interlocked. This is good, or the chimney movement will pull the wall brick off the house.

Pic# 3&4: Step cracks. These occur the easiest, are caused by movement, and often originate/terminate at a wall opening. They are good indicators of the structures direction of movement or cause of movement. Generally not a real big issue.

Pic# 5:Shearing cracks. This takes more force. The type brick should be considered. This brick appears to be a brittle type, more likely to crack under stress.

Pic# 6: The wall opening is the originating source. Wider next to the window, smaller to the left shows origin.

Pic# 7: A previously repaired mortar joint that reoccurred since the repair. When it happens again, it means the movement is still active, at least from after the repair. Again a common location of occurrence. Window lintel puts a lot of pressure at a small bearing surface.

Pic# 2: Sheetrock next to the brick is common because of the thermal properties of the two materials. It’s basically a glued joint, with bad glue.

Other considerations:
What geologic zone is this house located (type of soil)?
Soil type.
Site drainage.
Flood zones.
Observe foundation condition (this is the most critical.

Because there is so much stuff, and it’s not your job to do more than observe and report, I would recommend a more in depth look at this, by others.

Fixing this is not a catastrophic issue. It just needs stabilization. It is costly, but not catastrophic.

I am in Central Oregon the house is directly next to farmland I do not know how deep the soil is here as it can be anywhere from 4 in to 2 ft or more before hitting solid Rock.

The whole foundation looks to be in good condition I just came out of the crawl space and don’t see any cracks on the inside I see a little small in of the foundation which is consistent with the house from the early 60s.

No known flood zones however it’s very flat here very very flat. I do see signs of past moisture and possible extensive standing water in the crawl space.

Well, from my fishing and rafting trips out there on the Deschutes, your geology is made up of significant volcanic rock. You do not have significant expansive soils which cause structural movement, compared to what I’m used to here in the mid-south. But high moisture indicators you observed is relative. Better site drainage would be a consideration before structural is pursued.

You do have significant seismic activity that could be a consideration.

Good sign that the foundation is in tact.
If this is all that happened since the 60’s, I don’t see a huge issue. But your report should be very detailed as this creates a historic reference point for future assessment if needed down the road by your client.

If you are an ASHI member, I highly recommend their CE course titled " Why is Everyone Afraid of Cracks? the PE that conducts the training sheds a whole new light on the cracks that we see during inspections. If this house has brick veneer you can find his free article on veneer here, among a ton of other resources: Why Do So Many Homes Have Cracks in Their Brick Veneer? - Structural Engineering Inspection Services