Looking over this porch, most likely original with the house (1960) the bricks appear to have some efflorescence, probably from rain and snow over the years. One section appears to have some spalling? Is this a surface defect? Or a deeper issue?

Thoughts on cleaning and applying a sealant? 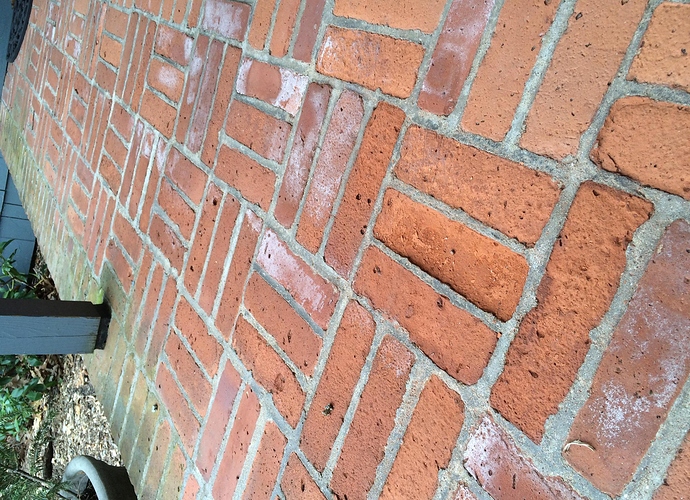 In my opinion, this is a bad choice of material to be used on a porch or on any horizontal application.

Clay bricks. Some appear to not be properly fired and are soft. The affected bricks are probably that way all the way through and at some point will likely need to be replaced. Recommend against pressure washing or other aggressive cleaning. These were probably not paver bricks. You will often see individual bricks with similar issues in the veneer.

I agree with you on the efflorescence, probably due to water exposure at the outer edge seeping under the brick.

NEVER apply a sealant to exterior brick work, unless you want to see what spalling is really about!!!

The previous views are correct, the brick is called Common brick, not for use in wet areas. Especially for flat use. They are used in many homes around Chicago for exterior walls that are not underground.