Hello fellows I am performing some mock inspections and have come across stair construction I am not familliar with. Usually I see stringers with the stair treads fastened to the top of a stringer not set into a notched stringer. The stair assembly appears to have inadequate support and seams to float when walked upon. Looks great from the top, not sure about the bottom? 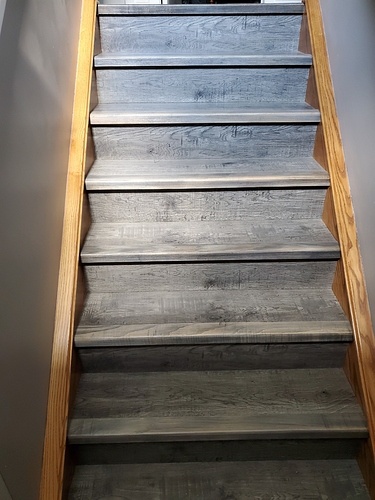 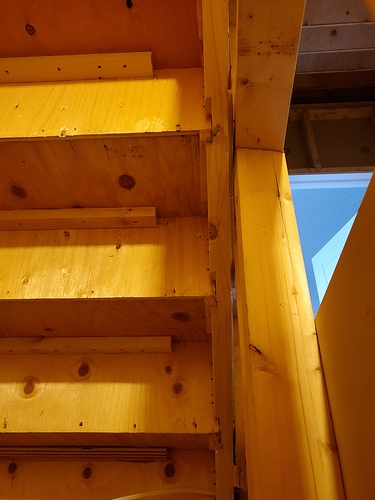 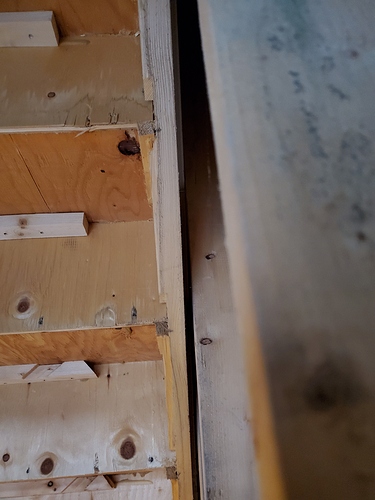 Crudely built, And most likely not safe for a heavy load.

Thanks Scott it does look like the stairs were not build to best building practises and should be called out as a defect.

Your photos appear to be from different staircases.
Microlam stringers are fine and if treads are mortised into the microlams correctly it’s a very strong stair assembly.
Can’t tell anything from the first photo.
In the second photo, it looks like treads are mortised into conventional lumber, reducing the effective thickness of the lumber. Whether or not it’s OK would depend on the connection schedule to framing.
In the third photo, it looks like the treads are not notched into the microlams but are supported by strips of wood or some other material fastened to the microlams. You don’t show any details for that.

What you’ve got is called a housed stringer stairs. Nothing wrong with them if built correctly, I see them quite often in my area.

What type of house was this? the stairs you’ve got are cheaply constructed using plywood for treads

Thanks Kenton, there are two flights of stairs done two different ways, the more I inspect the more I am learning different construction techniques. The stair assembly appears to have poor fastening connection to framing members and moves when walked on.
Could you send me a appropriate link so I can learn more about this style of stair construction?

Thanks Simon, are there many different styles of stair construction, you mentioned "housed stringer stairs, Kenton has mentioned Microlam, l have seen stairs constructed with stringers cut from 2x12’s, what other styles should a inspector be aware of??

Yes the stairs are springy and there is some movement.

You’re right, Simon and Scott. James, I spoke too quickly. Cheap construction for both staircases.
Sorry James, I don’t have a link, but you will see more of these over time.

Could you send me a appropriate link so I can learn more about this style of stair construction?

Here is one for you to start with; 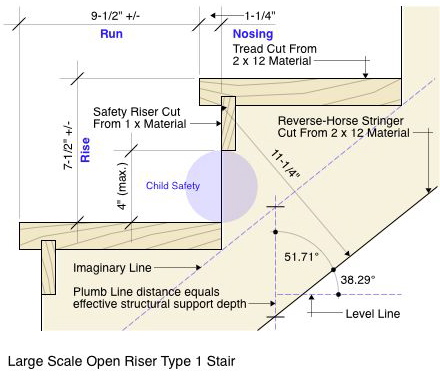 Learn about the various wood stair types in use today for your garage.


And a few pictures; 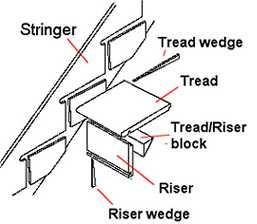 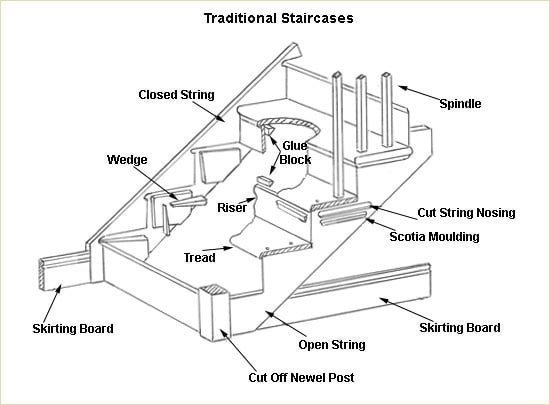 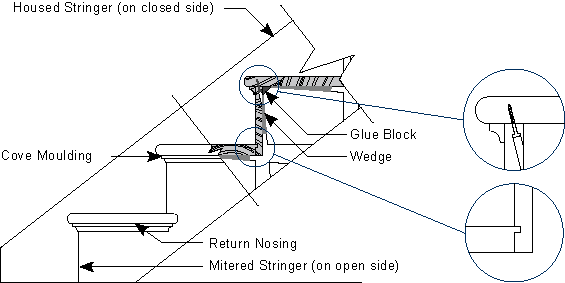 The pictures you show is of shoddy construction and not really a defect. It can still be used. If it is bouncy or springy noted it as such. Unless it poses a danger to the occupant, I would not call it a defect. Just not built to conform to industry standards.
Obviously they do not know how to build a stair properly.

Unless it poses a danger to the occupant

Help the fellow out, how would he know this?

Help the fellow out, how would he know this?

Well, I would think that would be fairly obvious. Unless the threads are loose and coming out of the stringer housing or cracks in the treads, squeaking and spongy due to material used would just be shabby work.

I’m going to disagree that this is anything other than tradition stair construction. The mortises into the stringers would suggest someone knew exactly what they were doing. The stringers are attached to the wall framing members at intervals of 16” oc which is clear by the photos. There are shims that take up any space that is present between the framing member and stringers. Effectively placing the entire assembly or system in compression. If I were to remark on anything it would be the use of plywood for the risers. Otherwise it looks fine from a carpentry point of view.
The tread nosing is clearly solid wood construction. The treads look like an engineered wood flooring material suggesting there is more to this than meets the eye. The shims beneath in the tread mortises, well that’s not an amateur move.

I guess you have never built a set of stairs. Piss poor construction.

I see these in almost every new home I inspect. Pre-fab stairs. The treads are particle board in many cases.

Thanks everyone for the awesome information! In summary it appears from the discussion that it would be best to make note of the poor construction of the stairs and refer the work to be done by a qualified contractor, for saftey concerns due to the movement of the stair assembly.

Thanks for the graphics!