The TV reception was crap...

Yes, that was a groaner, but this was too funny. I was so tempted to report on it as “minor blockage in the plumbing vent”. 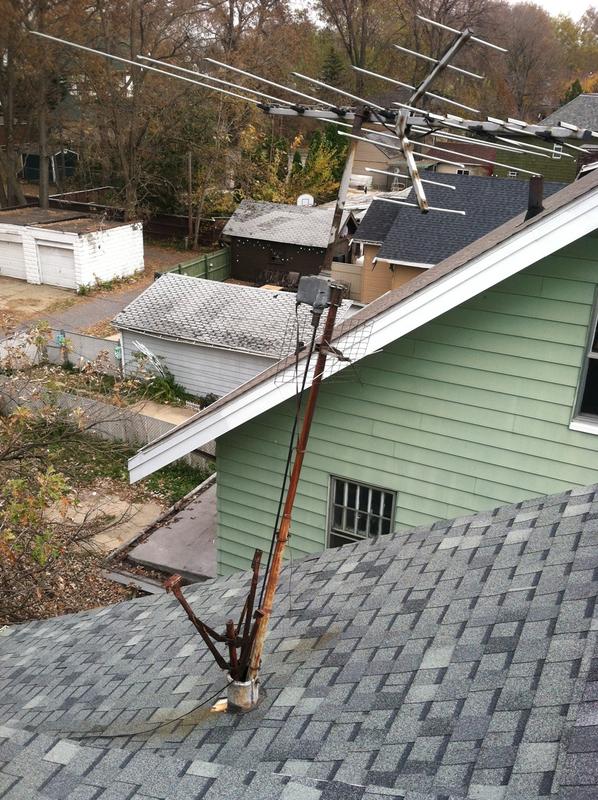 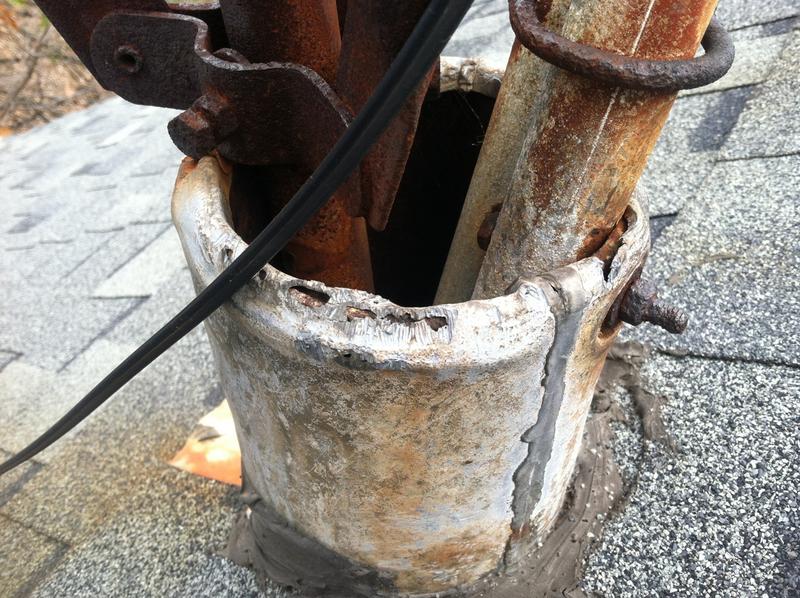 Is this an Illinois thing? ;)

Well, I was just asking, cause it is not a Maine thingy that I have seen in the past. ;):mrgreen:

Might have started in Quebec Marcel.
Stupid is as stupid does. 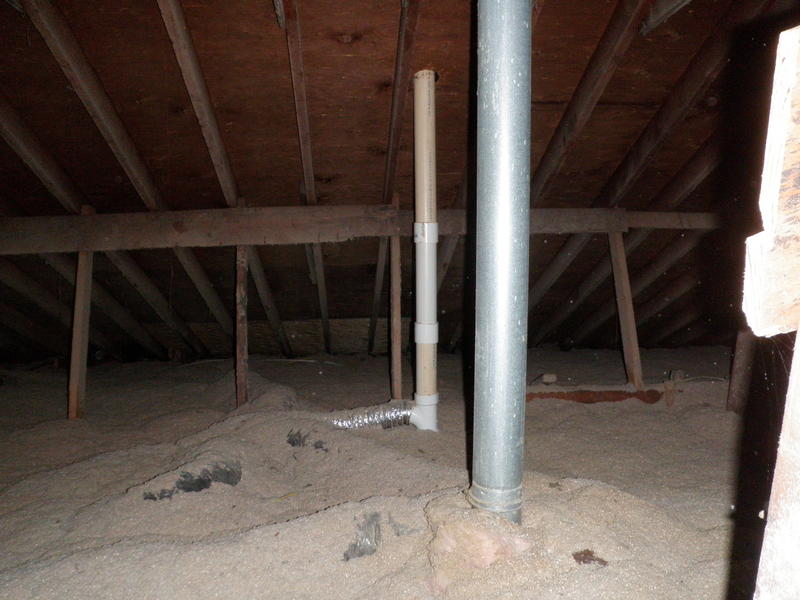 Why those are two fine looking examples TV antenna holders. I heard plumbers instal them. They are expensive too. The hub end is for the mast I am told.:roll:
They seem to be fastened very well to carry the antenna mast load.
They look the proper width to have an opening or 4" or 5" inches size for 1 ir 2 - 1.5 inch antenna masts Mr. Currins ?

when the mast is inserted do you use concrete to hols them in place???
PS: That attic space also looks the right size to store the car over the winter.:shock:

Perlite?
WOW that venting is for what Criss.
I see return or HVAC or air conditioning lines but what is the flexible ducting for into the PVC ? That the bathroom ceiling venting ?

Perlite?
WOW that venting is for what Criss.
I see return or HVAC or air conditioning lines but what is the flexible ducting for into the PVC (plumbing vent stack)? That the bathroom ceiling venting ? 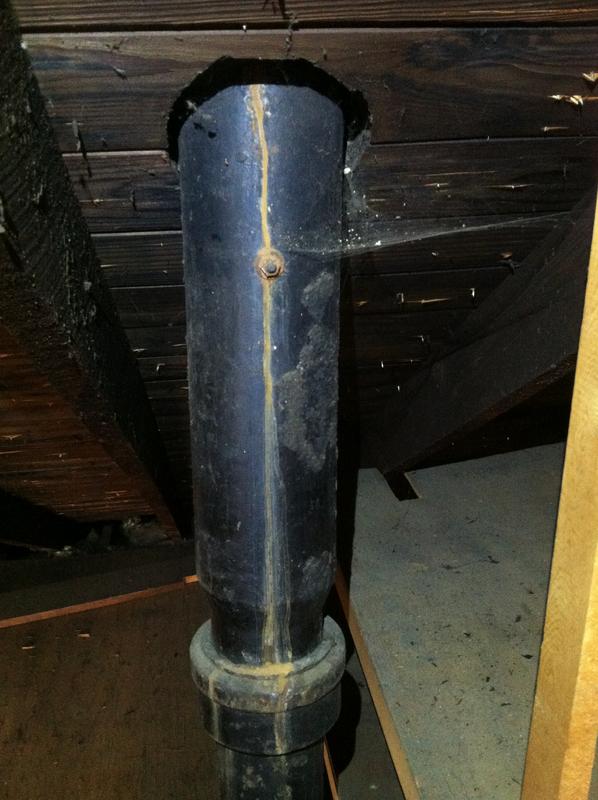 Sometimes you really wonder what people are thinking when you see things like this!

You must admit it’s professionally installed. Looks like lead/zinc or 50/50 soldered. Almost pro-craptastic.

Buy that guy several more beers before you put him to work, with that butt crack staring you in the eyes, to work.

Well, they had to do *something *with it while they reshingled!

Gee, then they wonder where the sewgas smell is coming from.

This, from last week. GC really wanted to know what was wrong :mrgreen: 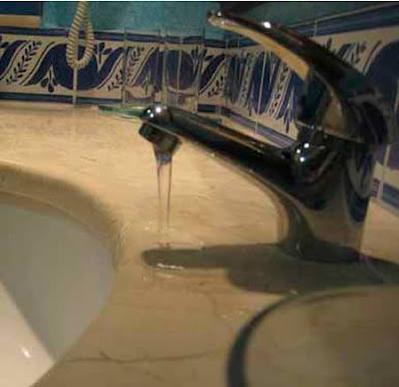 This, from last week. GC really wanted to know what was wrong :mrgreen:

HA HA HA HA HA
Draw him/her a illustration of how water flows, gravity, and a hole to start.

If its a genital man, ask him what happens when he misses the bowl and why he thinks it happens.
HE MIGHT BE NEANDERTHAL. I recommend you take your time.
If you smell smoke, you might have accomplished SOMETHING.

If its a genitaless man, then ask her why she sits OVER THE DAM BOWL.
Oh yes, do not forget the water, gravity and hole narrative.

They will both either just walk away confused and go in a corner and cry…or get down on bended knee and start chanting, and building a fire to cook the antelope they just killed. All in your honor. Too worship you for teaching them such a wonder gift.

“The smoke I was talking about Will.”

If they do, they are NEANDERTHAL. Its not their fault. They just not have evolved yet.

If you got a glimpse of their toolbox these items may also be a clue.

Gee, then they wonder where the sewer gas smell is coming from.

You mean sewer gas smell can be transmitted through the television reception Will ?
Smell-O-rama.