Vinyl Siding Installation with Leveling Board

2 Questions… as I am finding conflicting information.

I have seen siding show signs that it was deteriorated by heat when the foil side was facing out, and the wall was in direct sunlight. I saw this once on whit Nailite shingles, these shingles practically fell apart when being removed to be replaced.
I saw it a second time with regular vinyl siding, the siding showed signs that it was becoming distorted like it was burnt by a barbeque.
I dont know the correct answer as to which is right for the building ? But Id say by what I have seen that facing out , “can” , be bad for the siding Just saying

Up here it is always facing out. But it is double faced, so it does not matter much EH!:)

This leveling board is approximately 1/4 inch thick (almost like cardboard, paper layers)
foil faced 1 side
joints / seams not taped
no water resistive barrier… 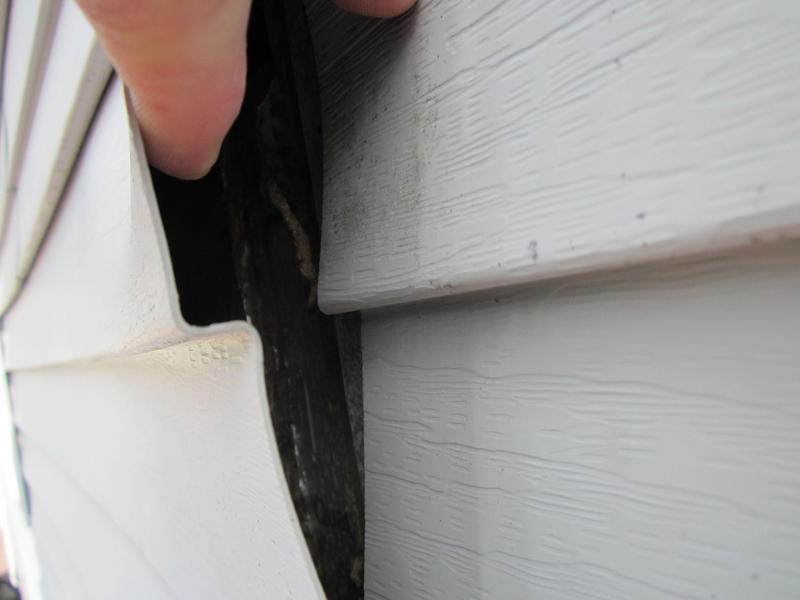 Yes I also see how facing it out increases the chance of warping the siding reflecting the heat back onto the back side. All the siding installed here has foil facing out and this is recommended by AHJ if it is faced in the barrier is in the wrong place against the substrate. I would think the side in the sun should not but time will tell if we have problems with warpage on the sun side.
Anyone who has thermal should be able to do a test with foil barrier in and barrier out for the sake of discussion as to the difference in temperature.

Up here it is always facing out.** But it is double faced, **so it does not matter much EH!:)

Yep, all I’ve ever installed is faced on both sides. Installed with roofing nails, or similar, and duct tape at seams.

This install was stapled without tape at any of the joints / seams.
Also…
*

- When foil faced leveling board is used over sheathing and under vinyl siding, does the use of the leveling board act as the water resistive barrier?
*I say NO, My Architect / Engineer Associate says NO. *
*

It was just an expression, the phrase “duct tape” covers a wide spectrum.

By Clayton DeKorne
Best practice calls for stripping off existing siding, then installing a good weather barrier.
Fan-fold foam board is widely marketed as an easy fix for improving the thermal performance and water resistance of walls when re-siding. But if not applied properly, this option could lead to moisture problems, according to leading building-science experts.
At about ¼-inch-thick, fan-fold foam board adds only R-1 to R-1.5 to the wall system, a negligible insulation improvement. Foil-faced products promise higher R-values, but only when installed with a minimum ¾-inch air space in front of them, an option that requires siding over strapping. According to foam board manufacturers, the advantage of fan-fold is really that the board provides a consistent surface over the old siding, eliminating cracks and crevices that lead to energy-robbing drafts. All manufacturers recommend taping the foam to help stop air leaks and prevent water that gets through the siding from leaking behind the foam.

Photo: Courtesy THE JOURNAL OF LIGHT CONSTRUCTION Certainly, the foam board provides a smooth working surface for installing new siding, but whether there is a significant improvement in thermal performance is hotly debated. “The danger is that you are putting an impermeable layer over the wall,” explains Steve Easley, a building consultant who specializes in helping building.
[Click here to read full article from Replacement Contractor](http://www.replacementcontractoronline.com/industry-news.asp?sectionID=<br />320&articleID=186134)

Was it Berry Thermo-Ply? If so, sounds like it was probably installed correctly.

Originally Posted by jhagarty http://nachi.cachefly.net/forum/images/2006/buttons/viewpost.gif
*
- When foil faced leveling board is used over sheathing and under vinyl siding, does the use of the leveling board act as the water resistive barrier?
*I say NO, My Architect / Engineer Associate says NO. **

Usually what you have “fan fold” is installed over a previously painted lap wood sided house, or sometimes brick. That would not require a water barrier.

It’s (fan fold) purpose is to create a smooth, level surface to install siding over, and really nothing more.

That is correct Chris and other than providing a level surface wasn’t worth a hell of beans for anything else.

Now they use a double faced Polyurethane board 1" taped with foil face, not duck tape:mrgreen:
and provides a decent R-factor of 6.3+/- and also provides a weather barrier.

Yes Marcel I agree about the space and the type with foil both sides on an old home without it is asking for trouble, as for the Foil tape that stuff is an an arm and a leg here so you don’t see it being used on the joints.

I have done some more research…
turns out the substrate that I am seeing is 1/8 inch foil faced thermoply stapled to the studs as sheathing.

Now they use a double faced Polyurethane board 1" taped with foil face,

You mean silver board.

You mean silver board.

Not quite,
This one; 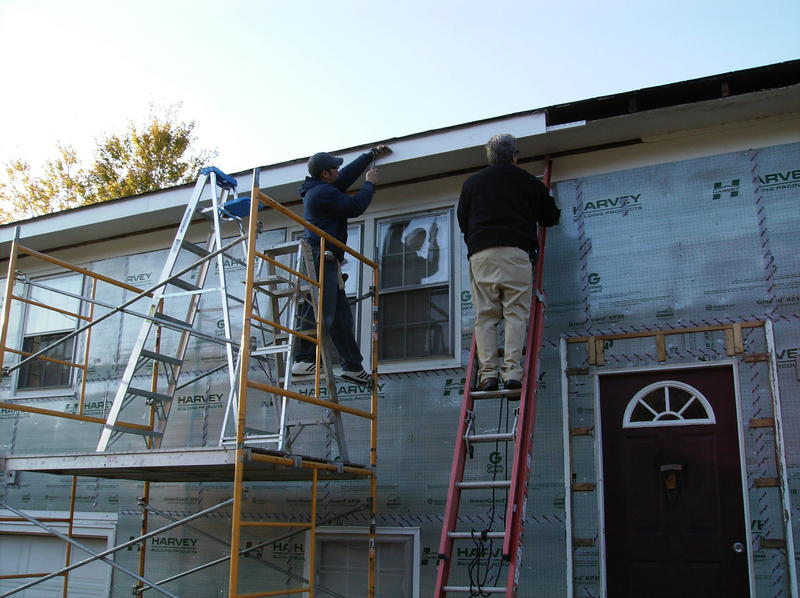