I saw something today I haven’t seen before: some sort of vent next to the furnace which terminates outside through a dryer vent opening and a box connected to a drain pipe next to stack vent, which reads “Separator”. I think the first thing is completely unnecessary: the furnace has enough Oxigen to support combustion and the vent is a product of a former owners wild imagination:). The “Separator” though, I’m not sure about. What do you think? 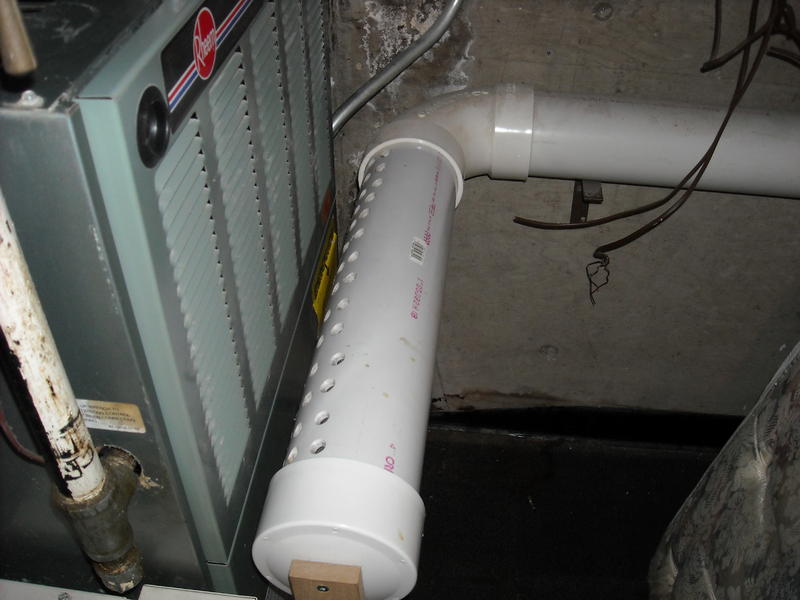 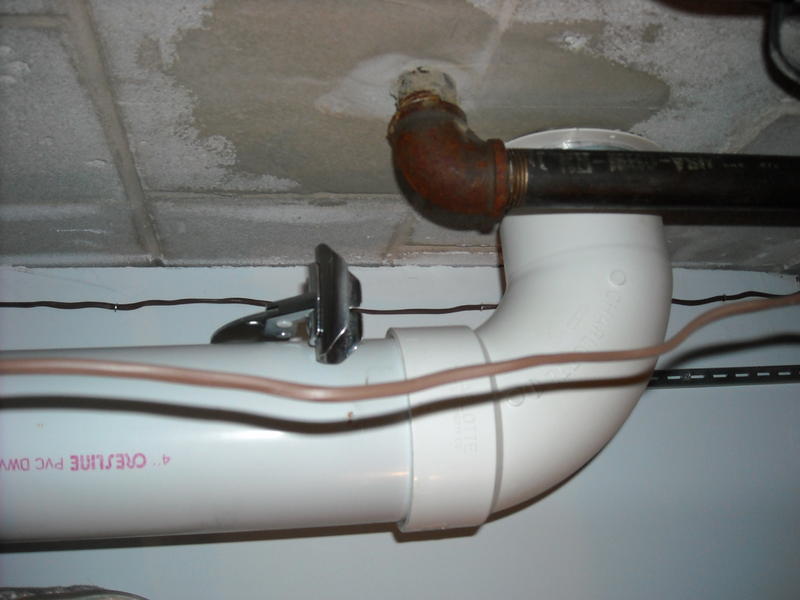 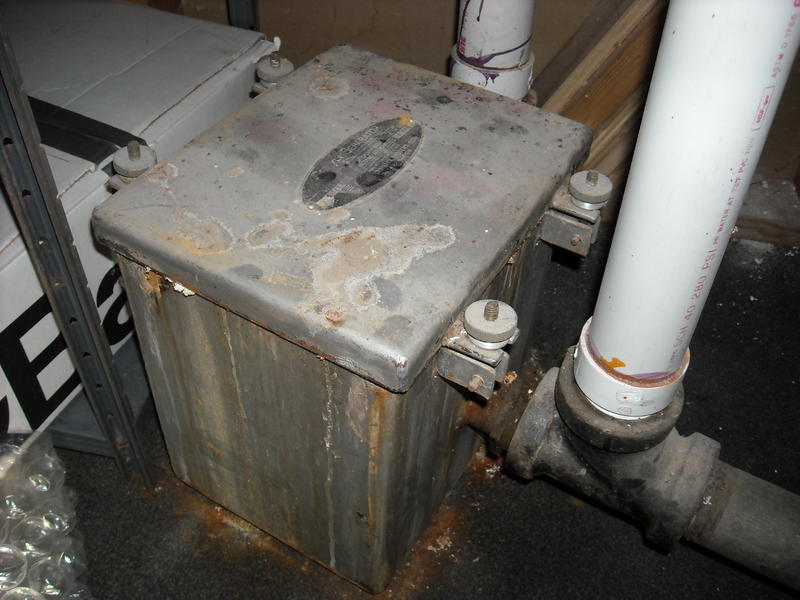 My thoughts also, although “Novel” is not the word I would use. :mrgreen:

Wonder what would posess someone to do that with the perfed pipe?

Thanks for the ideas. I still can’t figure out what was going through the seller’s mind when he built this “venting device”.

The “vent” is an attempt at supplying the FAU with combustion air. Although the concept is there the execution of the concept is not. You can’t just use one piece of pipe to do it. Was there another pipe in the room too? The hi / lo vent is needed for proper air flow. Was the room sealed off by walls or a solid door? You need 1 sq inch for every 1000 Btu’s for a confined space… (More info available later if you need it) I bet this person thought you could channel cold air just in front of the appliance without getting the whole basement cold.

The other problem is : does it block access to the appliance now?

The Separator was a concept to allow kitchen solids to settle in the trap similar to a catch basin we have in the city of Chicago so the municipal sewer system was not just a “greasy slimy” sinker of a system. Most people don’t even realize that the catch basins need to be cleaned out…:shock: