Aftermarket waterproofing SYSTEMS neglect to address the source of the problem

…‘Instead they may encourage water to come in through the newly drilled holes they create in your walls…proliferation of mold…increased levels of humidity and deterioration of foundation walls’ (at least he ‘gets’ this much)
http://wetbasementconsultants.com/

Here’s sampling of above, interior drainage system was installed $$$
http://picasaweb.google.com/101049034584960315932/BasementWaterproofing41
Homeowner out a lot of green and not happy, duped by 2 interior basement system companies ](,)](,)

If you can see and if you have a tad of common sense on this subject then umm, you should be able to grasp what happened to the homeowner above and many others, like this homeowner… 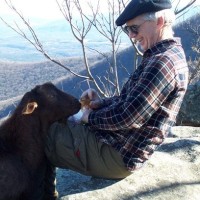 Back to first link, wet basement peeps. Don’t get Uncle Bubb’s going on a lot of the rest he talks about loool including in 2nd paragraph,
‘No one has more skill or experience in finding and prescribing needed corrections for common overlooked defects at a house’s exterior that cause wet basements and crawl spaces’.

G Carlin, ‘Americans prefer their bullshtt right out front where they can get a good strong whiff of it’

Geooooooooorge! http://www.youtube.com/watch?v=CFDND9SRJbs
…garbage in, garbage out…everybody’s at the mall scratchin his azz, pickin his nose…

GC- The difference between maniacs and CrAzY people
http://www.youtube.com/watch?v=nXwfknhqRoE

I guess common sense isn’t so common these days

One thing these residential foundation repair/waterproofing companies are good at, is selling. The proliferation and longevity of these companies is a testament to their ability to sell combined with customer’s lack of due diligence by not looking into these companies. From an engineering perspective, the helical piers, push piers and tie-back anchors are legitimate methods of foundation support used in commercial work long before anyone heard of these foundation repair/waterproofing companies we have today. If external waterproofing is needed a company like John’s is the way to go. If structural problems are involved hire a qualified engineer to design the solution. For less than the cost of one pier or tie-back I have saved my clients thousands of dollars. In every case where I was called in, the foundation repair company had recommended installing many more piers or tie-backs then needed. Again they prey on the clients ignorance. So IMO the best thing John and I could do, along with all home inspectors is educate the home owners. If NACHI could produce a small brochure for homeowners, not bashing these companies, but providing a due diligence checklist and good information for them to use would be a good start. Educating the consumer is the only method I see we have to stop these snake oil salesmen.

With ya on educating the consumer and if Nachi/whoever wanted to ‘do’ some sort of brochure then I’d sure as sht would be willing to help/add to it, if ya’s wanted.

As for the interior system companies, imo, they have the cash etc and ‘market’ themselves well, that’s about it.

Their selling techniques are bullsht…lies, myths, fear etc. They rarely identify, define, determine the homeowners ACTUAL problem(s), especially on block, brick basement walls in-part because many of those walls will have 1 or more ‘exterior cracks’ that, fairly often, are not visible on the inside of the wall.

Then there are quite a few block, brick walls that have cracked parging on the outside or, no parging at all which obviously is NOT visible when looking at this inside of a block, brick wall. (have posted many photos)

Interior companies very often tell homeowners that their exterior drain tiles are plugged/have failed etc and, that is why their basement leaks. THIS is bulshttt, nonsense, incompetence etc.

They then tell homeowners why spend $$$ on excavation to replace exterior drain tiles when THEY can install interior tiles/sump for less. It’s all a crock O’ crap.

So yes sir Randy ;-), they sure do prey on homeowners ignorance, you know it sir.

We identify, define, determine the actual problem(s) before anyone spends 1 cent. And umm, if we were wrong after all these years we’d sure as shtt have many customer complaints!!

Sorry, don’t mean to ramble :mrgreen: but what I describe is true.

Tie backs— what I/we see over 3 1/2 decades is these inside terds never want to address the CAUSE aka, remove, relieve, reduce the causes of many basement wall cracks, leaks, bowed walls. They don’t dig! So they don’t remove, reduce any exterior weight/pressure/problems and tie backs don’t deal with any of that.

And these companies also push them on people, even when they are not needed.

Here they were installed…
http://picasaweb.google.com/101049034584960315932/BasementWaterproofing36
Woman homeowner in photo 4 is learning, hearing it from the Milkman:mrgreen:
Some cracks widened, walls continue to leak, some deteriorated blocks, more mold, efflorescence… why install these when ALL the problem are on the outside!!! Waste of MONEY! ](,)](,)](*,)

Senior citizen owned this home, see STEP CRACKS above ground???
http://picasaweb.google.com/101049034584960315932/BasementWaterproofing29
Inside system company gave her their supposed honest solutions, actually told her, a senior woman, that the STEP CRACKS tell THEM her house was SINKING, settling and needed PIERS… nonsense!

They pull that crap pretty often. They love bsing people into as much of this stuff as possible… more money.

Her problems are visible in the photos.

Now, can piers be useful, are they ‘sometimes’ needed? Of course!
Just not as often as these crooks tell homeowners.

Somebody call T. Feiza/ashi and explain he’s, just a little off. :mrgreen:
http://www.ashireporter.org/HomeInspection/Articles/Keeping-Basements-Dry/1048

Have done ‘water tests’ for many years when I cannot see the inside of a dumb az basement wall (drywall etc). It’s NOT the dumb az exterior drain tiles, nooooooooooooooooooooo! Get it right please! TY!