Any ideas what this garden hose is for?

Found this in crawlspace of split ranch. 1962 and connected to a galv supply pipe.
Pipe appeared to head from outside front bib to rear kitchen sink area.
wall it enters is other side of 1/2 bath and wall after that contains stack pipe in basement utility room. 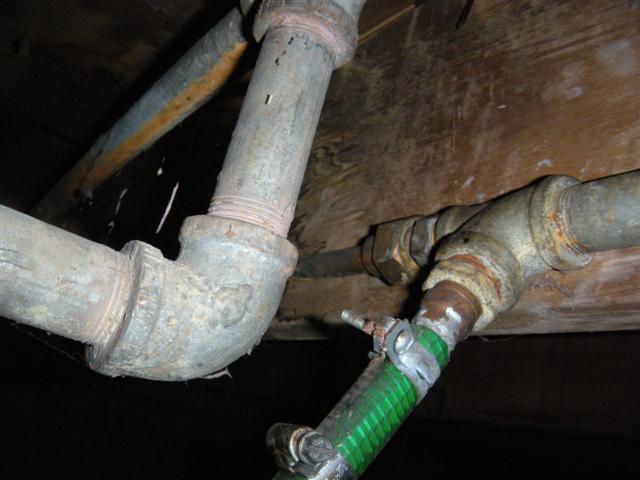 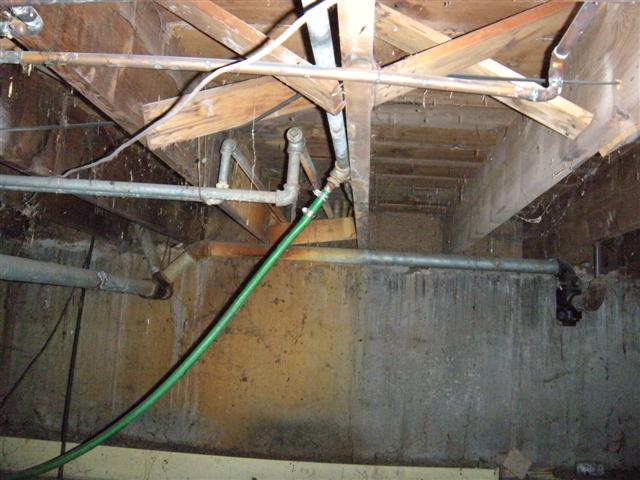 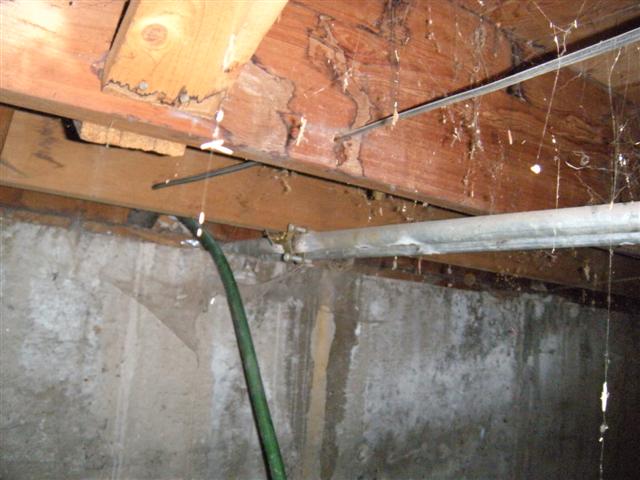 Thanks for any educated guesses.
I need to go inspect for now.

Was it used to build pressure to move the water -> inward? Was there an area outside to "WASH the tractor? Are you saying that someone is consuming this water even though it flows through the dissimilar piping? [galvanized and copper]. What say you?

I did not have time to trace it out unfortunately.
Was hoping for some ideas.

WAG - needed a hose in back to water the plants?

WAG - needed a hose in back to water the plants?

Maybe under the old oil tank at the other end.:shock:

bob, I’m unclear from you description.

Is that hose under pressure at all times?

If so, write it up as non standard material used for pressure piping.

Garden hose is not intended to be constantly pressurized and certainly not for potable water use.

Maybe under the old oil tank at the other end.:shock:

From your pictures, it doesn’t appear that the hose terminates in the crawl. Actually, you said you didn’t have time to trace it out.
Logic says that if it did indeed terminate in the crawl, you wouldn’t be wondering wher it went. :shock:

Well, like I have seen in the past, they wanted an outside hose bib and could not afford the plumber, and have also seen where a washing machine was added and fed with a hose.

Where it goes into the wall I may need to go back and trace out as client two 5 or 6 year old girls were in there crawling around with me.

Very distracting at the time and I was looking at other issues more attentively.
Wish I tracked it better.

Looks like I need to go back on walkthrough.(hate when that happens:)

Does it really matter what it is for? Yes, I would be very curious and would have probably looked for the other end for a couple of minutes, but in the final analysis, I would just write it up and make it a “red” comment.