Are these bricks deficient?

These bricks are on a duplex built in 1986. It almost looks like they are made that way, but I would think moisture and freezing would just make them deteriorate. They are on about 10% or more of the bricks. Has anyone seen this cracking before? It just doesn’t look right to me. Thanks very much. 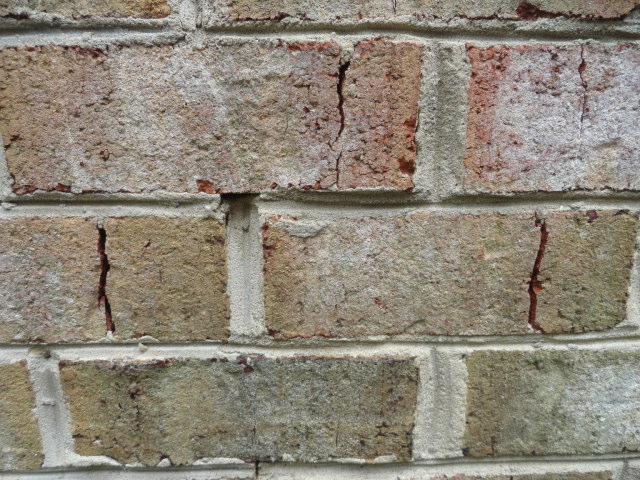 Yup. See them used alot for backyard BBQ’s and such. Take a walk through your local DIY store. They are usually marketed as for “non-structural use only” (which brick veneer is not structural). I always assumed they are “seconds” from the brick manufacturer.

Thank you Mr. Jonas. Yes it is a veneer, and there did not appear to be any spalling or breaking apart so far. I feel I need to mention it somehow though. How would you handle it?

Nice pic. You have also been very helpful. So it appears to be a non-issue.

Nice link Barry, and I think that should answer Richards question. Not really anything to ‘report’, but adding a link to the info would not be innappropriate if you feel it necessary to mention your concern, along with a recommendation for periodic review for continued cracking or spalling from freeze/thaw, if that is an issue in your area.

They still need to be tuck pointed and are showing efflorescence in the picture.
I assume it gets below freezing where you are at and they will be spalling soon if not already once the water gets in and forces pop off.

Yes, firecracks is my thought too.

I recommended further evaluation by a contractor regarding pointing up the cracks due to moisture and freezing, which it will be doing here soon. Thank you all very much!