In your recent speech at Independence Hall in Philadelphia, you used the word “democracy” 25 times in 20 minutes. We aren’t a democracy. We are a republic. The word “democracy” doesn’t appear in the Constitution, the Declaration of Independence, the Bill of Rights, or even the Pledge of Allegiance. Our founding fathers (who you tried to associate with during your speech), correctly hated democracy. They called it “mobocracy.” A democracy is two wolves and a rabbit voting on what to have for lunch. As President, you should at least know what form of government we have.

Also, this from the Declaration of Independence:

“HE HAS ERECTED A MULTITUDE OF NEW OFFICES, AND SENT HITHER SWARMS OF OFFICERS TO HARASS OUR PEOPLE, AND EAT OUT THEIR SUBSTANCE.”

Please, never give a speech at Independence Hall again… you old fool.

A democracy is two wolves and a rabbit voting on what to have for lunch. As President, you should at least know what form of government we have.

You don’t believe in democracy? 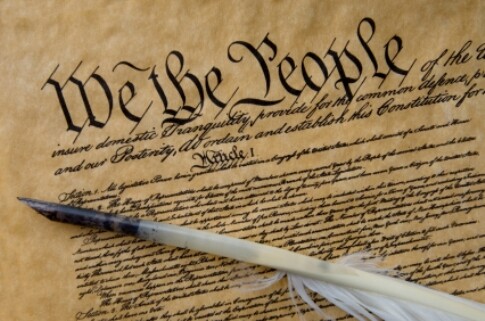 A Democratic Republic: What is That???

Dr. David Childs, Ph.D. Northern Kentucky University What is a Democratic Republic? The United States government is a complex entity known as a democratic republic. This essentially means that the government operates on the principles of both a...

For anyone that needs further explanation and how the terms are applied: Make your on decision. 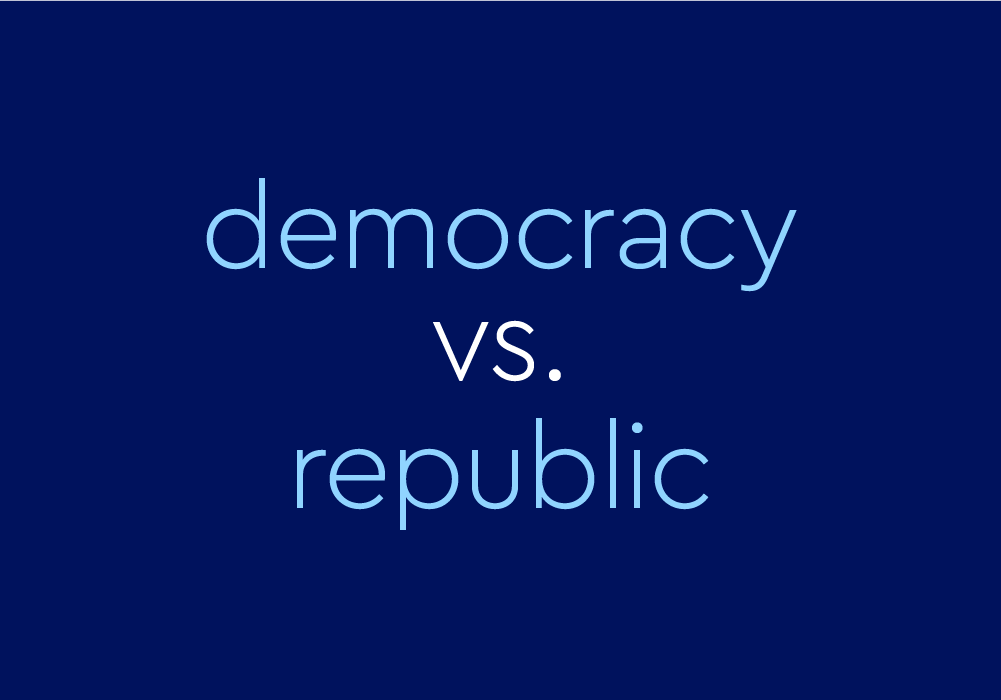 “Democracy” vs. “Republic”: Is There A Difference?

Is the US a "democracy" or a "republic"? This question is coming up a lot during election season, so read up on the difference while you cast your ballot.

You don’t believe in democracy?

I do not. I’m not a racist. In a democracy, the will of the majority overrides that of minorities. A democracy is two wolves and a rabbit deciding what they’ll have for lunch. It’s two plantation owners and a slave deciding who will pick the cotton. Our founding fathers correctly referred to it as mobocracy, and why they didn’t form one. The U.S. is a republic.

I do not. I’m not a racist. In a democracy, the will of the majority overrides that of minorities

Why do you associate racism with minorities? The term’s are not synonymous.

”The word “democracy” is not contained in the Constitution, yet it begins with the democratic statement, "We the people of the United States…”

”The only place the word “republic” is mentioned is in Article IV, Section 4. “The United States shall guarantee to every state in this union a republican form of government.”

159 countries claim the term “Republic” including the US and China. How many are a “democracy” form of a Republic?

"Which countries are really republics?

159 of the world’s sovereign states use the word “republic” in their official names. For example, the proper name of the country we usually call South Korea is actually the Republic of Korea. However, compiling a list of which countries truly operate as republics is no easy feat. This is partly due to the generously broad modern definition of a republic and partly due to the fact that the term is occasionally incorporated into the titles of countries that have arguably distorted its definition. One well-known example of this is North Korea, whose official name is the Democratic People’s Republic of Korea, despite the fact that the country is widely considered to be a military dictatorship and a totalitarian regime rather than a republic. At the same time, many of the world’s most prominent true republics, such as the United States, Germany, Japan, and the United Kingdom, do not include the word “republic” in their names at all."

Best explanation I have found to date. I hope everyone takes the time. 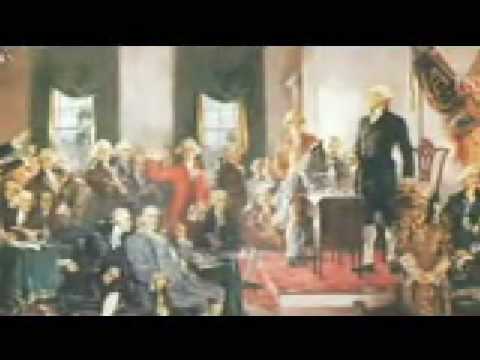 To illustrate how far we have strayed from the original republic, we now have an un-elected executive administration (whose powers have been ceded by an inept Congress) that makes many of the decisions Congress is supposed to vote on.

Hopefully that is a situation that will change as the Supreme Court recently interceded with the EPA (unelected administrators) as having over stepped their authority granted by congress (West Virginia vs. EPA).

Another thing is to get rid of the electoral vote and base it solely on the popular vote. Let the people decide, not the states.

Another thing is to get rid of the electoral vote and base it solely on the popular vote.

Thomas, think about that. That means highly populated concentrated areas have complete dominance over smaller states. We would become the United States of California in no time. No President would ever ever visit Iowa, Wyoming etc. They would only care about big cities.

Why do you associate racism with minorities? The term’s are not synonymous.

You just explained. Though they are “not synonymous” they are at times “associated.” And in this case, majority rule would mean complete control by whites (who make up the majority). Biden is a racist and his speech proved it, once again.

Then the president would be elected by California and New York. I’m sure that would please libtards but would hardly satisfy the economic needs of the country or be even remotely fair. California has already miss-managed their own resources, we hardly need them miss-managing the rest of the country.

Biden is a racist and his speech proved it, once again.

His actions speak louder than words. He has created an inhumane border situation that preys on minorities and allows the importation of illicit drugs that kill minorities and funds human smuggling and slavery. He has an inept cabinet that can’t provide public education but supplies welfare to keep minorities in poverty. Sounds racist to me.

He has created an inhumane border situation that preys on minorities…

Hey, at least Texas and New York have been working together as a team to find new homes for immigrants and refugees. Love the teamwork, lol! 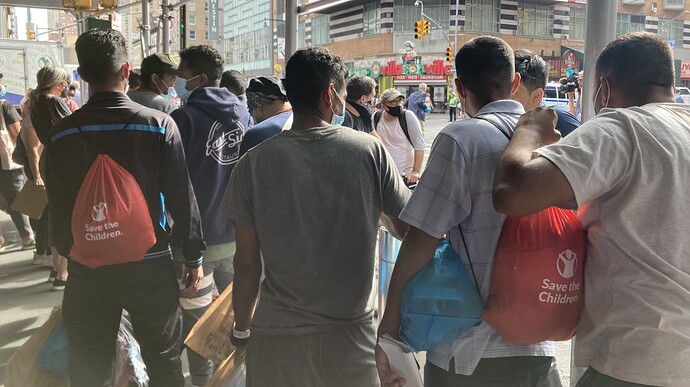 Texas sends migrants to New York. They get a warm welcome, but life there is...

As Texas Gov. Greg Abbott sends more migrants via bus from the Mexico border, volunteers, city officials, and migrants in New York City are forced to adapt as politics play out on the ground.

We have a democratic process to elect representatives for our republic.

Hardly teamwork! New York has done nothing but complain and wants federal money to put immigrants up in private housing without the housing cooperation.