It only reinforces my belief that any inspection message board, forum, or FB group that has moderators should be boycotted by all of us.

Banned from posting? HUH?
What inappropriate manner did someone judge you.
Must have been a competitor or something that is related to $$?

There are people that will naturally gravitate toward a safe-space and FB creates just that.

Yup, that is for sure!

It only reinforces my belief that any inspection message board, forum, or FB group that has moderators should be boycotted by all of us.

Including this one? It’s not too far behind FB with it’s ‘auto-moderation’!

not too far behind FB with it’s auto-moderation

You’re still here, clearly there is no auto-moderation

You only see a small fraction of my posts that get through, and as you are a non-member guest, I really don’t care!

Hi Jeff, you’re still here, first post I’ve seen from you in a a while!

I never signed up for FB, so I’ll agree with you, Dave.

I never signed up for FB

How do you communicate with family

How do you communicate with family.

My bride of many years started out with FB to keep track of the kids, etc. But, has since not gone their very much, if at all in the last couple of years.

The 2020 Saturn–Pluto Conjunction… We can expect this cycle to have an exceptionally powerful effect, from the year leading up to the conjunction and approximately two years following it. This cycle is bound to stimulate significant dynamics that will affect the distribution of power in many structures on a global scale. We can expect rebellion on both the individual level (people leaving their workplace, reinventing themselves) and the collective level (worldwide protests demanding change).

Facebook is a socialist website. I quite it years ago, they make money off of converting people to socialism instead on a system where any one can move ahead.
Do You support them ?
If not then quit and do not support their socialist agenda.
Stupid does as stupid is.
Do they support your beliefs, If you don’t, then what do you do?
Move forward, do not let their limited vision restrict you.
Climb to your own heights.
NEVER SAY QUIT
Drive on…

I think I’m out of FB prison on parole.

FB won’t tell me why I got banned but I said two controversial things that have to do with Jews and Muslims. I basically solved two problems for the U.S.:

First: I think we should buy up farmland in North Dakota and simply pick up Israel and move it there. That would resolve most of the problems that involve the U.S. in the middle east. There are 5.454 million acres in Israel and farmland in North Dakota costs $4,000 an acre. So we can create another Israel (we created the current one) for 22 trillion. It sounds like a lot of money, but we wasted 7 trillion attacking the wrong two countries after 9/11, so it’s not that much. Also, I’m in good with the Lord and I can assure you He doesn’t give a rat’s ass about where your wailing wall or temples are geographically located on one little planet. God is running a huge universe that is 93 billion light years across, meaning that if you could travel at the speed of light, it would take you 93 billion years to cross the universe. Honestly, God won’t care if we move some stuff about 6,000 miles. I’m in the heavy equipment business. I can move whatever that you think is holy over to North Dakota and have it all reconstructed for you there. Problem #1 solved.

Second: I think we need to quit complaining about roadside bombs. If you are on another people’s road and they don’t want you there, they are free to blow ya up. That’s the rules. Don’t shoot the messenger. And it isn’t an act of terrorism. If Martians from the planet Pluto come attack and invade Colorado, I’m going to learn to build IEDs too. I might even buy a machete to chop off their little green heads and I’ll post videos of it. And I’m going to keep doing it until they kill me or until they pack up their Martian flags into their flying saucers and go back to their part of the solar system. That would make me a patriot, not an insurgent. Anyway, I can end roadside bombings instantly… Stay off other people’s roads. Leave. Problem #2 solved.

I’m working on solving world hunger next, but I need a little more time. 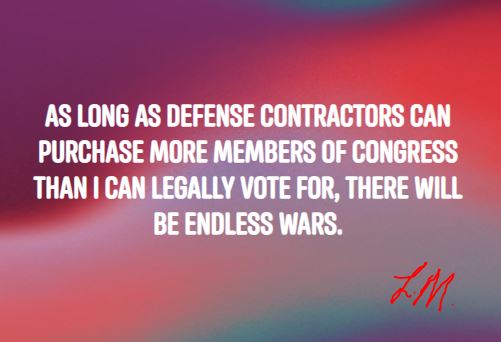 Who takes Facebook seriously anyway? The fake realtors do because they crave attention and need the world to know everything they do.

FB banned you because North Dakota is too cold.

There is plenty of room in New Mexico to drop the state of Israel in, no problem. The trillions of dollars plus we have already spent on a religious state, all that money could be kept in the US. We could save many trillions more with a reduced military footprint.

Then the appearance/return of the Messiah/Jesus/Mahdi(arabic Jesus) would be here as well, also in the US. HE could do interviews on TV, give directions on how to be better humans (everyone could use some help). Heck HE could give classes, put it on the internet.

If someone says it’s the land that’s important, send over the first 2’ of soil from under/surrounding the buildings, put it under the foundations. It could be done.

WIN WIN WIN in my book.

Nothing for people to fight over anymore, another big WIN

FB won’t tell me why I got banned but I said two controversial things that have to do with Jews and Muslims. I basically solved two problems for the U.S.:

First: I think we should buy up farmland in North Dakota and simply pick up Israel and move it there.

I’m going to learn to build IEDs too. I might even buy a machete to chop off their little green heads

Nick, you scare me! I’m going to have to go hide in my safe space for long time. Now I’m all worried how your plans will affect the climate. Oh my!!

The expanding observable universe topic is cool. Copied from internet. Unfortunately, since universe is technically expanding faster than the speed of light (due to the expansion of space between matter), it is theoretically impossible to ever reach the “ edge ” of the universe , since it will always be moving away faster than we could ever move towards it!