Flew my drone in the house today. A little scary. I actually started outback but it was hard to see the screen in the sun and I had problems hooking up.

Backstory - The drone is an EXO Blackhawk 2 Pro. Just got it yesterday, problems out the door. Nothing major, but the app on my Galaxy Note 8 just displayed “Can’t play video”. When I installed it on a different phone it was supposed to say OK under the first message. When you tap OK it disappears and the app comes up. Back to the Note 8 I just tapped it where it was supposed to say OK and that worked. USB C cable connector is too thick for my phone with the case installed. So I whittled out the case by the connector. There is no manual online (PDF) so you have to squint through the little manual supplied. Don’t know how a drone is supposed to sound but it sounds like a a lot of bees. Does have obstacle avoidance, return to home (landing pad seek), follow and the rest.

The hardest thing I’ve had to do is figure out how to fold the landing target to get it back in its pouch. OK I wimped out and watched a video (really simple once you’re shown).

It is a very capable machine according to Captain Drone. He had issues with iOS, but his droid worked ok.

And yeah, it’s no stealth device.

I agree about the noise and sounds like a large pack of bees swarming. I bought some “stealth” propellers that did reduce the noise some, but of course you can still hear it. Also, I practiced for few weeks around my house just to get the feel of it before it ever went on a job. I still rarely use it unless it’s absolutely necessary.

And a short funny story. I bought my drone used from a guy in California. All the bells and whistles for that model, OA, Follow Me, Return Home etc. Well, being eager to fly it, I didn’t think about recalculating the GPS. So I took it up a few times and brought it down manually. Then I tried the Return Home feature. The drone was hovering about 100 feet off the ground and when I hit “Return Home”, it shot up and out of sight. I had no clue how far up or where it went, but I’m pretty sure it was headed back to Cali. I was able to disengaged it’s path, and after 5 minutes or so, spot it and bring it back down. That was fun…

Bob, Hi…! You are so right, it is scary the first time around. They don’t make this devices very user friendly, lots of instructions, callibration, GPS alignment… Your selection seems very good (EXO Blackhawk 2 Pro). Mine is a different brand and I saw many reviews on YouTube before I locked in to my model. Agood friend has been doingnthe drone thing for several years and had gone through ten or more different brands and models. He is now into the $3,000+ price range and claims they are easier to launch and operate as they get more expensive. Costco has a very good model (DJI Mini 3 Pro) that seems to be very user friendly ($910), that may be my next investment. For now I am just getting acquainted with the drone thing and I dedicated just under $400 into my budget. Let us know how are you evolving…!

I have a DJI Mini 2 I bought on Amazon about a year ago for $699 with a case, 3 batteries, and spare propellers. Takes incredible pictures and is easy to operate. The only thing it’s lacking is collision avoidance, but I did purchase the Square insurance with it just in case. Also bought a used iphone 6 to mate with the controller, but have had CPU loading issues with the iphone 6 where the camera goes stupid. Others have had the same issue, and it’s disclosed the iphone 6 is the min supported. IMHO, if the video and camera overload the iphone 6, then it should not be supported. Connected it to my iphone 13 just for a test, and no camera issues.

I finally decided to use an old phone for the drone. I use that phone for the camera pole as well. I figure if im flying i don’t need to be interupted by a phone call!

Still need to pass the FAA test. That’ll have to wait till next month. Going to LA next week and have some medical to take care of when i return. Did pass the INachi course.

Amazon sells a micro USB to micro USB cable for those having problems with their cables (won’t fit phones with cases). Probably have other configurations as well.

Here is my setup… I use an iPad. 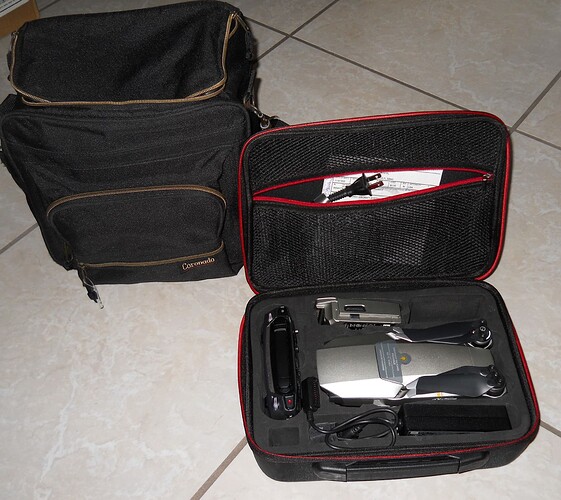 Bob read this thread and you will pass easily.

Yep! And I passed with an 87%. If you have any questions while it is still fresh on my mine… Ask them.

Solved the problem with the android “not connected” 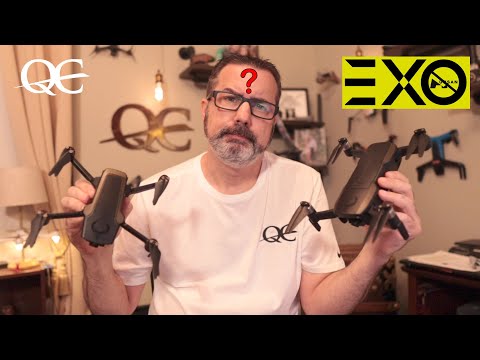 The solution seems to be to put the phone in airplane mode. Of course yu can turn off blue tooth and wifi as they aren’t needed (battery drain)

step by step managed to get some pictures; 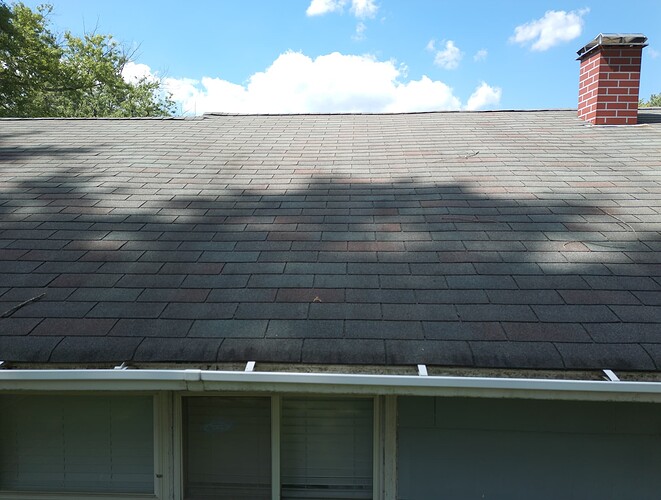 put the phone in airplane mode…

Nice Bob! Once you get a little more comfortable, you’ll be able to post close ups of the chimney/roof line intersection. Good job!

I agree, but I wonder if the App sensitive to “incoming interference” such as calls, text etc.

I agree, but I wonder if the App sensitive to “incoming interference” such as calls, text etc.

Could be. I struggled mightily for a while with my Mavic Mini. It would work great at home, but every time I was at an inspection, it would struggle to connect to my phone. I tried for months to figure it out including posting here and in Facebook groups for ideas, turning on and off just about every setting in my phone and the drone controller, etc. Finally tried using it with my retired phone that is a few years older than my regular phone. Worked perfectly and haven’t had a single issue since. Worth noting is that the old phone does not have cell/data service.

Apparently yes. When you think of it there are also all those “push” notifications. Email, text, news, etc. 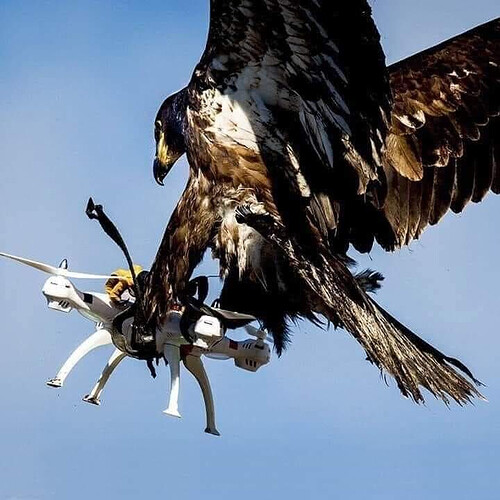 I don’t buy Chinese Drones. It is my understanding that DJI is a company with has significant privacy concerns for the consumer.

Then you will never get one. All if not most electronic is made in China.

Exo drones are made in Hong Kong China.