Hello Everyone… I inspected a home today with a two zone heat system. The attic heat system had the flex tubing running down through the wall into the basement(attached to black pipe from street). It this type of application allowed? I could not see if it was supported or anything. My thoughts were it was not supposed to go through walls or floors(hard pipe only)? Any help would be appreciated.

This link has some good information.
http://www.patternstream.com/Case_Studies/Samples/Nicor_Gas/GCS_955.1_catid19_e.pdf

Here is the picture from the attic. 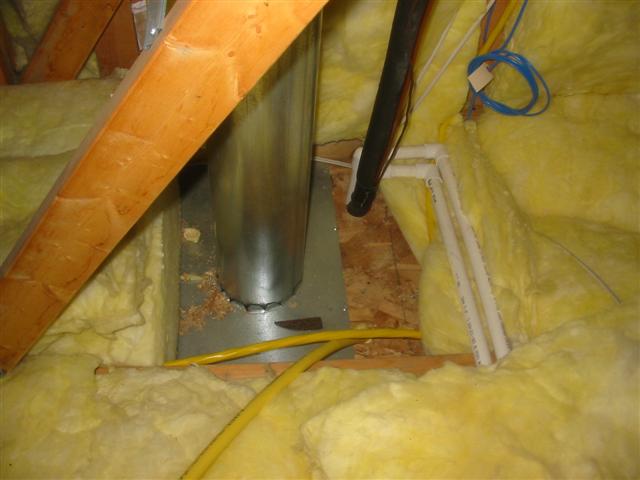 Far as I know its OK. The only place I’ve heard its not supposed to be is, for example,…going through the knock-out hole in the metal cabinet of the furnace. That portion is to be hard piped.

CSST should also not be exposed to physical damage, and the connectors shouldn’t be buried in the wall. You also need very large/oversized stud protection plates when the piping is close to the finished wall. That one is missed all the time.