This is a pool panel and the breaker is for the pool’s pump. Pump worked and the GFCI test button worked but there was only one neutral at the breaker. They require two I believe. Is this wrong or is there more to GFCI breakers. 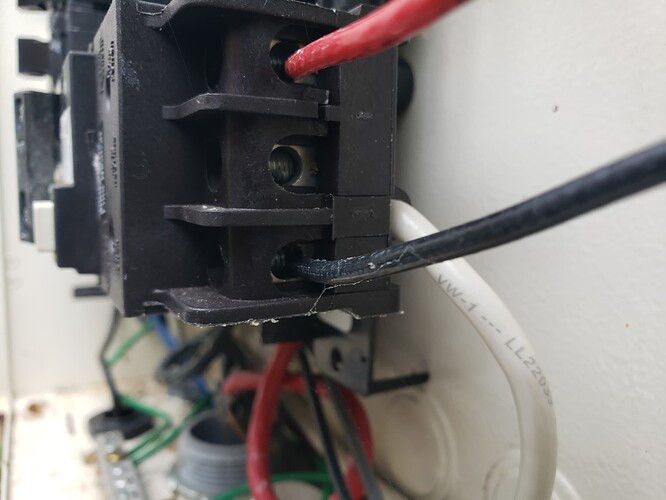 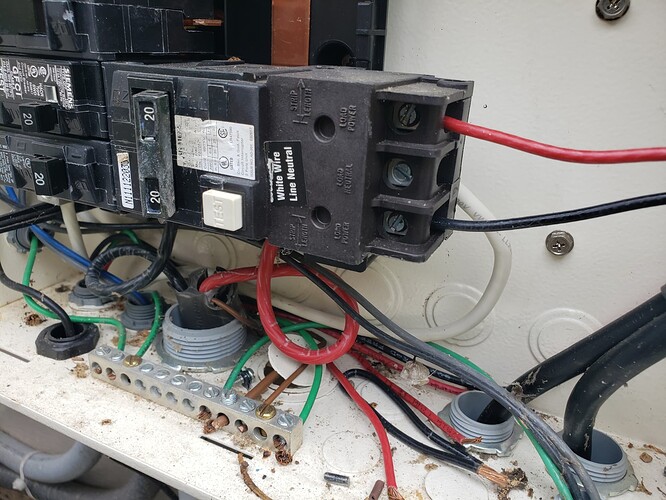 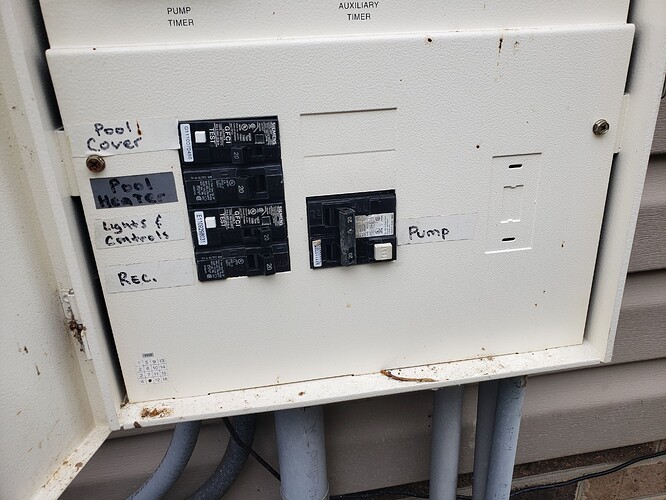 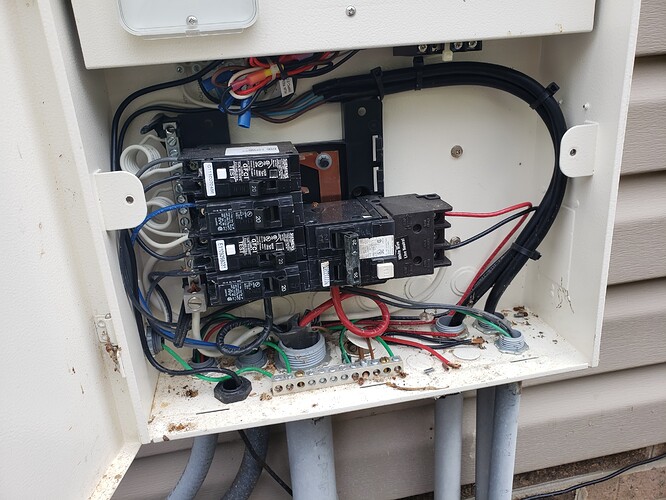 Thank you. Can you explain more why that is not needed?

Chris, it says you are a CPI, do you know why a residential dwelling is supplied with 2 ungrounded and 1 grounded conductors that are part of a service drop? If you don’t, it’s best to retake the electrical course.

Chris, think about it, the only reason your 240v dryer or oven has a neutral is because they have timer and display circuits that operate off 120v. In the absence of 120v circuits (240v pump) what possible need is there for a neutral (grounded conductor). As you already pointed out everything works - no problem.

There are two types of ground fault circuit breakers the first is the one used in residential homes for wet receptacles and such which employees a neutral to measure current loss to ground which is used to protect people. The one in your picture is designed to protect equipment, as long as the white wire is connected to the neutral buss it should function normally within it’s specifications. And oh yeah get more electrical knowledge.

The one in your picture is designed to protect equipment,

You are referring to a GFEP, it will have a red (none-white) button with a warning “Equipment Protection Only”. In OP pic, the breaker is indeed a 2-pole, 20 amp, GFCI. It will sense imbalance between any 3 load conductors. If neutral is not used, then it is ignored but the breaker will still monitor imbalance between the 2 hots and provide GFCI protection. A pool pump needs a GFCI.

Thank you. Can you explain more why that is not needed?

As mentioned for a straight 240 volt circuit there is no neutral so there is no connection to the GFCI breaker load neutral terminal. The white pigtail from the CB is required to be connected because among other things it is used to operate the circuitry that allows the test button to work.

Thanks, Simon. Sense I no longer remove dead fronts, I lost the will to educate further. Push the test button. If it trips, all’s good.
And, yes, not a smart thing to do. I have learned my lesson. Much thanks.

an you explain more why that is not needed?

The grounded conductor serves two purposes. One is to provide an additional Voltage option by tapping the supply transformer’s secondary. The standard is 120V, but it could be anything from zero to 240V depending on the position of the tap. For that matter, we could derive many Voltages from the secondary instead of only one. Somewhere along the way, electrical experts decided that two Voltages would be sufficient. The two Voltages are 120V and 240V.

The other purpose is to provide a connection to Earth. Like the tap, the ground connection can be anywhere on the secondary. It makes sense to use the same connection for both purposes, though that is not technically a requirement for proper operation.

The answer to you question is that the neutral is not needed because the system is connected to Earth elsewhere and no optional Voltage is needed if the load is 240V. 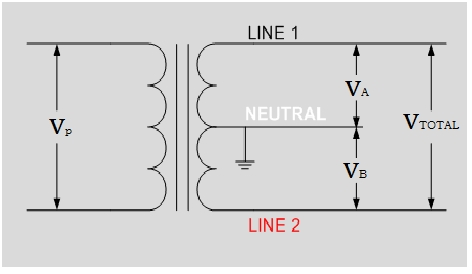 Vtotal is 240v - Va is 120v and Vb is also 120v.
These are the three wires that come from the pole through the meter to your homes service panel. In your pump scenario you only need line 1 and line 2 to go to the pump. The GFCI breaker circuitry (including the TEST button) operates on 120v so it also needs a neutral (hence the single white wire at the breaker). In the event that the GFCI breaker in your example fed a device that also needed 120v a center tap is provided at the breaker to supply that. In your case, however, that is unneeded. The GFCI senses a sudden change in current and does not need the neutral for this. If, however you want to test it (induce an artificial change in current - a short) you will need a neutral at the device (GFCI) to do this.

The GFCI senses a sudden change in current