Here’s one I have wondered about - Would you consider this a hip or non-hip roof?

NOTE: There IS a gable wall above the top plate. 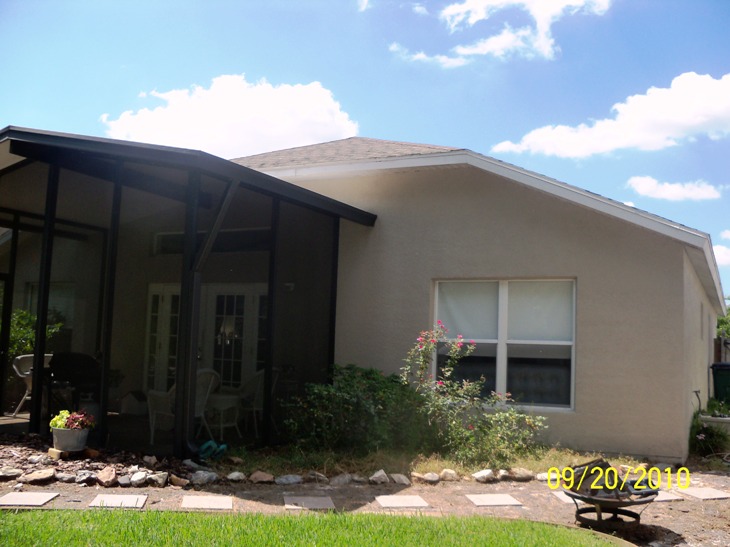 Ive always called it a “cropped gable”, Not very common around my neck of the woods.

for a wind mit, Gable.

Given the fact that there is a framed gable wall (?) then I would say assuming that wall is >10% of the perimeter that it is indeed other than hip. But IF the foundation wall were to go all the way up to the trusses and had no separation (balloon framing or block) I really think that it is open for interpretation. The entire impetus behind the importance of this determination rests on gable failures experienced after hurricane Andrew, the science behind these wind mits is eroding away, it’s a damn shame.

Thanks Brian and John,

That is my interpretation as well - It is the fact that there IS a framed gable end wall that I was making my determination on, but no clear definition was given in the MSFH course - and Bill York has yet to come my way.

I agree also agree that it is the science of it that should not be lost - I don’t like learning anything by rote - Understanding the principal behind what ever it is that you are doing enables you to handle variations. It is this lack of fundamentals that make dealing with call centers (and dare I say underwriters) such a hassle - They only know how to follow the script in front of them as if they are wearing blinders!

It is my opinion Richard that you should follow the script and only put what you believe best fits the words on the form. Just my opinion but it is your name at the bottom of the page.

Ive always called it a “cropped gable”, Not very common around my neck of the woods.

I would call it a chipped (cropped) cable out here

These are popular in Southwest Florida and I have personally built a few of these roof types. My designer at the time called it a “modified hip” !
I am in agreement that there is a concrete tie beam then a dropped gable truss that attaches to the tie beam as would a regular dropped gable truss. With that said, IMO I would call it a “Non-Hip Roof” and by definition on the OIR form Item # 5. Roof Geometry --Any other roof shape or combination of roof shapes including, hip, gable,gambrel, mansard and “other roof shapes” not including flat roofs. ----NOTE- “other roof shapes”.