Hello all
I have been a member since 2007 and have not posted very much over the years but today I have decided to post this request.

I have a family member that is also a fellow Home Inspector and his 5 year son has recently had a swimming accident. He and his wife have not been able to work because they are up at the hospital by his side. I have added a link below for any of those that would like to donate to help keep his parents by his side. Any amount will be fine $1,$2, $3, $10, $20 whatever, it will start to add up for them. The doctors have said that he shows signs of some brain damage by the test they have done but my family believes in healing and are praying for a full recovery. If your heart dose not lead you to donate please pray for this family. 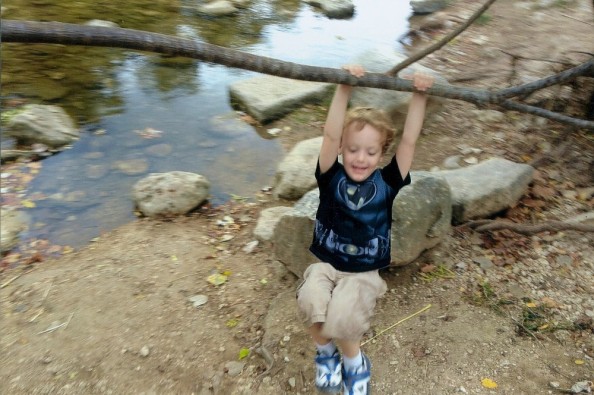 Calling all prayer warriors and lovers of Christ! My cousin, Eric's 5 yr. old son, Wyatt, is in intensive care for a drowning accident over two weeks ago.  He is in critical intensive care, and we are believing for complete HEALING AND...

iS THERE A WAY TO DONATE BY pAYpAL?

Is it possible these inspectors accounts have been hacked/compromised? This is the 2nd gofundme plea I have seen in the last week or 2.

Spencer has been a member for 7+ years.

Spencer, Accounting Dept just comp’d your dues for the next year.

Spencer has been a member for 7+ years.

So what? Doesn’t mean his account hasn’t been compromised. Have you checked with him?

Lisa Endza just spoke with him, it’s him.

If he posts again in this thread, I’ll throw in some shekels.

Hi Carl and the rest of the inspectors

Yes I am a member of NACHI and spoke to Lisa today. No one has hacked my account and I know it sounded like a Nigeria plea for money but it is not I assure you. I want to thank Nick for reaching out to me today through email to confirm my membership and that It was legit.

I feel if some one can raise money for a Cat then we as fellow inspectors can raise money for a fellow inspector’s kid that drowned and now is hanging on by a thread. If the money is raised they will not have to worry about their mortgage payment for a time and any other expense. My cousin does not know about this fund we are planning on blessing him with it. As far as paypal payment I can see if I can set something up. I do feel that gofundme is a safe way to donate. At this point I am willing to help them out however I can.

Again what ever amount is greatly appreciated.

Thank you from the Johns family Carrollton Texas

God bless you and stay safe.

Spencer
I just donated $100.00
I would much rather be in that position then to watch my child suffer through it.

Thank you so much Sean, that is more than generous. My God bless you and your family.

I just wanted to give an update on my cousins son and to say thank you for all the well wishes and donations.
He is off the ventilator as of now and has opened his eyes some. They are giving him oxygen and have been able to take him off the sedation a little. His lungs are clearing, He has been in the hospital for 26 days so continue to pray for them for it will be a long recovery for him. Also the goal has been meet at 10,000.00 dollars and the new total is $15,905.00!!! awesome!!! The need to give is still there as they are not out of the woods yet. I want to thank each and everyone who opened this post and said a prayer after reading it, it has helped so much.