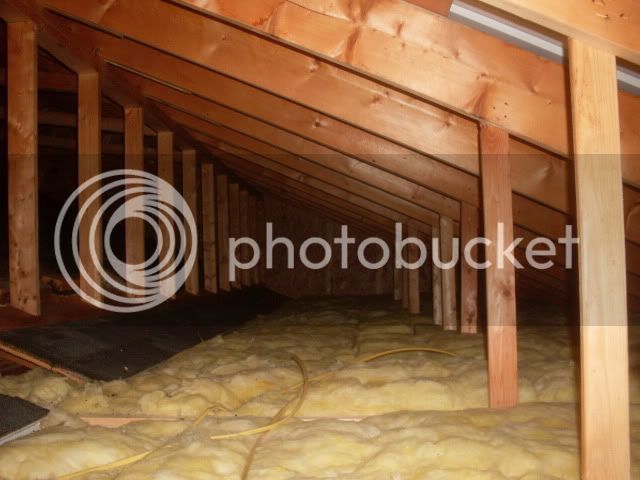 Yep, Jim, right above where the pop corn spray ceiling was patched.

Picture #1
What with the negative slope to vent?
what does it serve?
what is the run and length?

James:
The pan in question is the all new “Self scouring” no maintenance catch-all pan.
Some call it the “Attic Drip Saver”.
Works best when it’s not raining.

Joe, that was the main stack vent coming out of the original roof and was extended to the new. Unorthodox. The vents had negative pitch too!

Yellow electrical wires on top of ceiling joist (strut) where vertical height from ceiling joist to rafter is more than 40" ? (picture 2)

perhaps the ceiling would not have been stained if the gutters INSIDE the attice were sloped properly, LOL