Looking for your thoughts

Just sharing and Looking for your thoughts. Before and after pics. 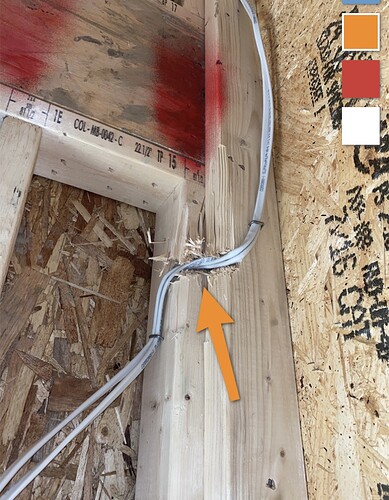 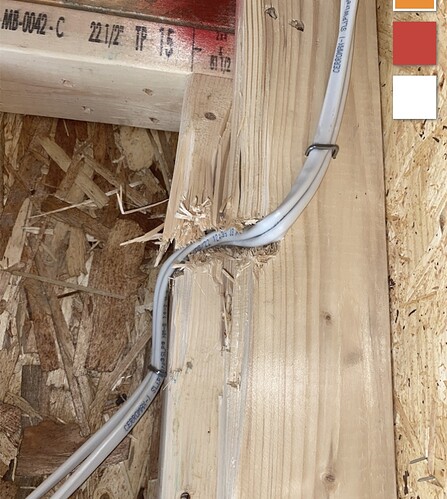 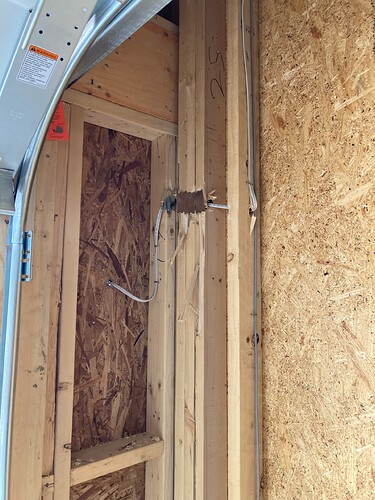 I’m confused. These are before and after photos of how the wiring was routed?

The solution was replacing the top plate & sheathing, add an additional stud, go from two NM wires to one, and add low voltage wiring. All of this instead of just redrilling the hole and adding nail guards?

They told the buyer this is how they fix all of them. I told her it’s not correct.

What exactly was fixed and why do you think that it’s not correct?

Why don’t you show the rest of the framing in the nearby areas and what kind of loads are being transferred through this area? If everything is uniformly loaded in this corner of the garage wing wall then the 1st two pictures you showed only needs nail plates to protect the electrical wiring. No structural repairs are needed. You do know that exterior/bearing wall studs when uniformly loaded can be notched up to 25% per IRC right? You do know that there are very likely 2 more studs filling in that corner to support the continuously run LVL header as part of a portal frame right? With those two studs hidden in the corner, you can basically remove this exposed, notched stud in the garage wing wall completely and have no problems basically. This stud is a glorified drywall nailer.

Think consequence…It’s not pretty but the only real issue I see it the missing nail guard. 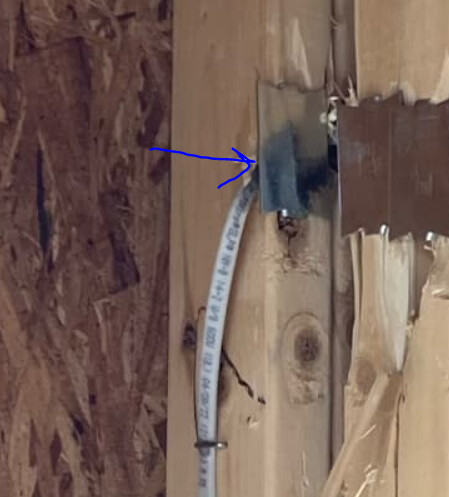 It’s hackísh, but the house isn’t going anywhere because of it. With proper tools/bits they could’ve drilled it neatly from both sides and routed the cable like a pro and not a 4 year old, but this is the “new” norm.

I prob wouldn’t even mention it. With solid framing in the corner, they have no way to fish the wire through the framing.

With solid framing in the corner, they have no way to fish the wire through the framing… 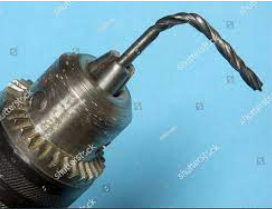 Well, not as easy as just cutting corners instead (pun intended) haha

Pulling wire around corners is a PITA and it’s almost always easier to go up but there seems to be a beam in the way. Is this for a general home inspection? I try to steer clear of these things and let the contractors fight it out with the city. I agree it’s unlikely to cause any real structural problems. As long as there are no unprotected wires within 2" of the stud face I’d generally let it go.

How much money do you have to lose? It can easily be done with no problem. dead center of the stud in both directions.

dead center of the stud in both directions.

I agree. That means the wire pulling monkey would have to push and pull the wire in sync…you ask wayyyy to much!

Depending on stud spacing you often can’t get the drill at a good angle and things don’t line up. In theory it’s easy but in reality it doesn’t always work.