I didn’t have any luck getting responses the last place I asked . . .

This is not your “classic” Zinsco panel box.

Today’s inspection, said “Magnetrip” on the cover, didn’t see “Zinsco” till I got inside.

Old, for sure, but do they have any historical issues, like the “regular” Zinscos?

Russell I am not sure if this helps but the inspect NY site blames failure on aluminum parts while a past june NACHI thread seems to state magnetrip was copper.hmmm
http://www.inspect-ny.com/electric/Zinsco.htm

Russ, back in the late 50’s and early 60’s Zinsco branded their panels as MagnaTrip, without seeing a picture I can’t be sure, but every MagnaTrip panel I have seen or seen pictures of was just a standard zinsco so I would avdise the client to have the breaker connections evaluated by a licensed electrician.

http://www.nachi.org/forum/showthread.php?t=18381
Hey Joe this was your thread and it ranks on Google.
under magnetrip

here you go I knew I had scalped a pic of a magnatrip.

as others have said the aluminum rather than the copper bus bars are the real issue here. 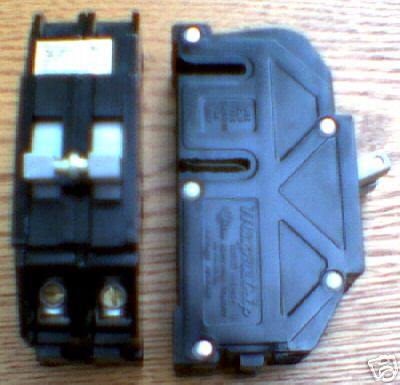 Guys, thanks to each one of you!

I’m calling it out as a concern, with my standard Z phrasing.

Russ, they missed a 6 :twisted: