To me its a compression or stab fitting, but both may be incorrect. To supply gas to an exterior grill. They seem to be a shortcut device which is prone to failure, but I can’t call it out without more information…For now I called out the grill which was old and not functional as “properly terminate the gas line feeding the inoperable grill”.
Any help defining and rating these connections is appreciated,…bill 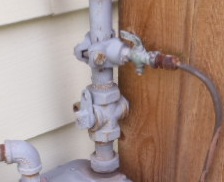 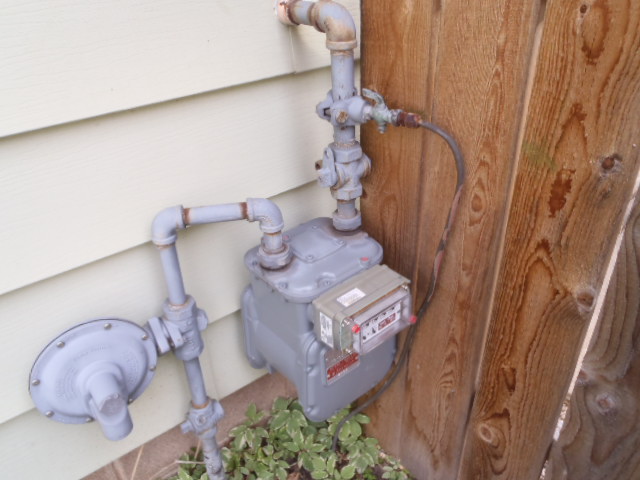 Saddle or Tap Fitting. Can’t say I’ve ever seen one for gas piping.

I have seen those ,but is was a long time ago.

I seem also to recall they had a tendency to leak at the bottom .

Yes bob you are right the design of the turn stem pierced through the bottom and was sealed with a small rubber washer. The spring load assembly kept it tight but in my opinion this should never has been used for gas or oil shut off valves back in the 50’s.

Just so I am clear on this I am talking about the turn style shut off attached to the Saddle.
I think we have switched from the Saddle back to the shut off. Is that correct Bob.

Great! So far, I’ve got machanical “tapping tee”…saddle is also used…
It seems that the gas workers install these things in different forms through their whole range of pressureized gas lines. For the larger apps, applauded for not allowing o-zone destroying gas into the atmosphere. The web search does appear limited on info though…Thanks for the help…bill