Saw this at an inspection this morning (Yes, I work on the 4th of July). Nicer, pretty well done flipp, but they vented the 1st floor bathroom right through the gutter. 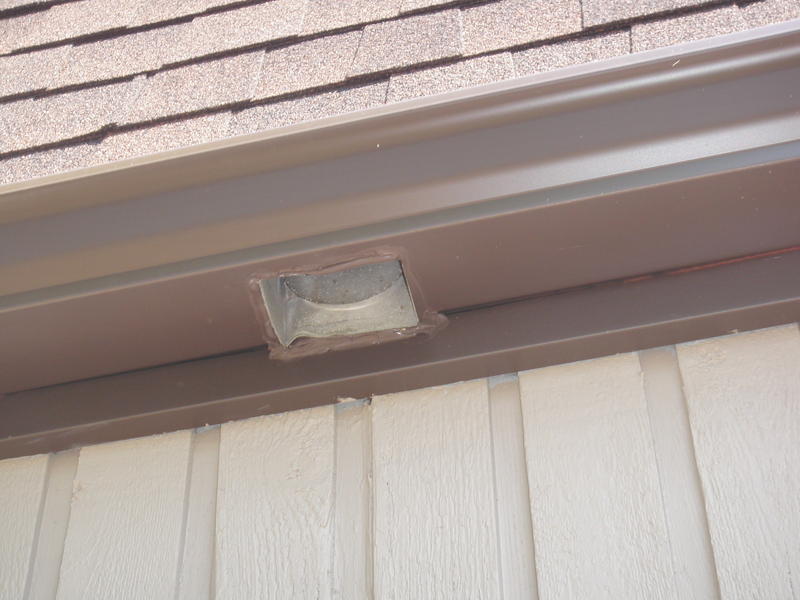 Yes I would call it out .
Incorrect vent Installation through the gutter at Xxxx .
This could leak onto siding and it also could restrict the flow of water in the Gutter .
Recommend repair .

No worries it the new water cooled unit. Are you sure you didn’t sneak down to tn for that inspection? Will

Is it a combo downspout/exhaust vent?

Just when one thinks he has seen everything, huh!!:mrgreen:

Don’t tell too many people! Soon everyone will want one!!

Yes you need to post that one in the running for sure. This job never gets boring.

It never fails to amaze me how much time and effort people invest in doing stuff wrong.

Another DIY’er with blinders on. I have to vent it (I have laser focus, so much so that i completely ignore the fact thgutter becomes ruined in the process) just need to make a nice neat cut here, seal her up with a bead of caulk and presto!

No, actually, the vent pre-dated the gutter. The gutters were new. I talked to the flipper (the actual money guy) and he was unaware of the problem. He appologized and said that he would have it fixed. I, on the side, advised him to get a better class of workers.

even worse! the gutter guy installed something he knew wouldnt work, but at least he didnt cover the vent. I guess…

I think there is a problem with installation of gutter.My recommendation is to remove that gutter and install a new one correctly. 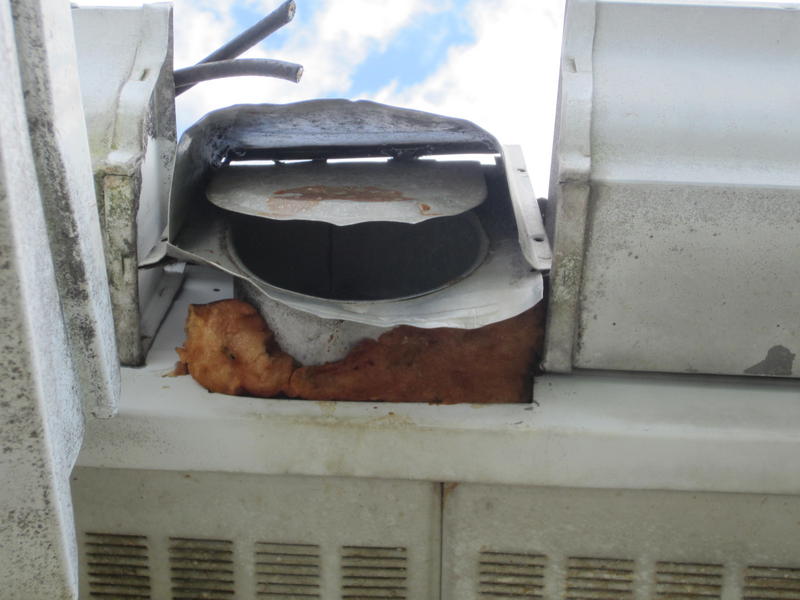 I think there is a problem with installation of gutter.My recommendation is to remove that gutter and install a new one correctly.

“Oh, and when you do, don’t forget to avoid that vent on the south side of the house. Don’t clog or cover it. Could you just cut around it?” :mrgreen: