Greeting InterNACHI gang. I did not walk this roof…the word is that there was wind damage and they reshingled the roof. Sounded good at first but there appears to be more than one layer (as in they just shingled over the old). There is sealer along the wall intersection area…looked like caulk at first and Ive never seen caulk in that setting. I surmize that this is because the old layer was not lifted and one would have to remove metal siding to apply flashing correctly…a daunting task. The vent brought a ‘gasp…no boot!?’ from me now i think there is a boot below on the first layer. What would some others in the ‘more experienced’ camp say about this? is this just ‘OK but sloppy?’ or are there serious ramifications.
curious in MN
(aka mike in MN) 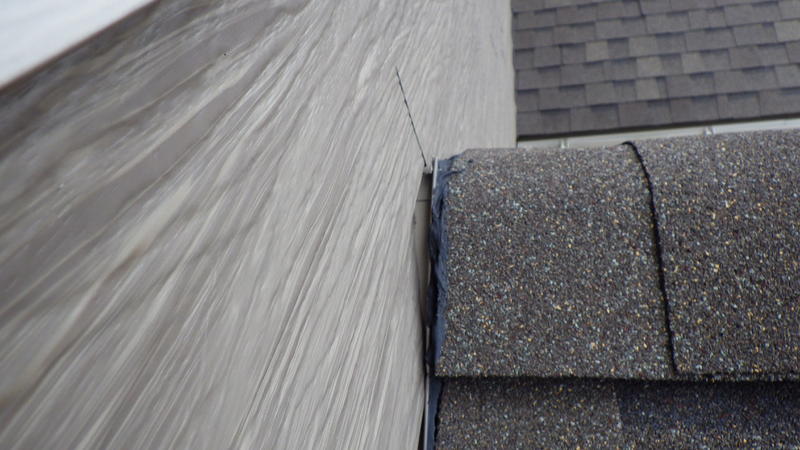 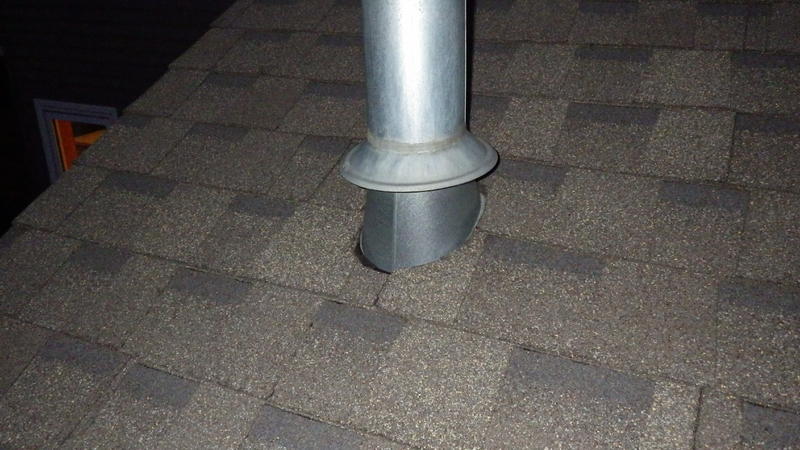 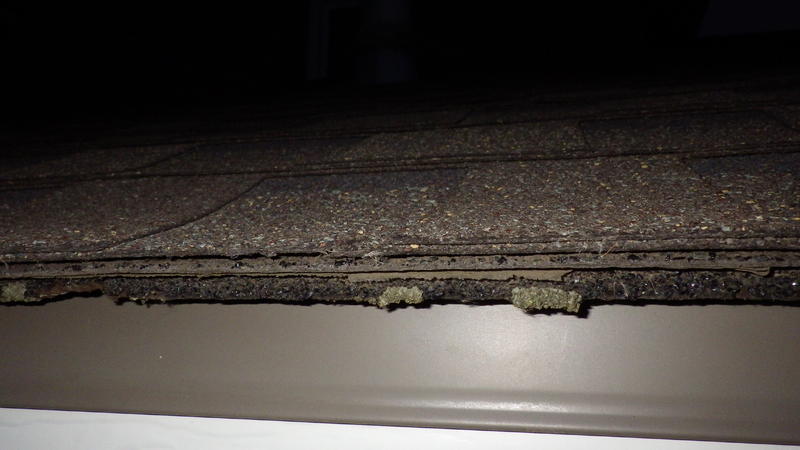 From what I can see this looks like a typical overlay. Except the vent flashing is done incorrectly or missing (below layer of shingles). My best guess is that it was not permitted. Was there flashing in place where the roof meets the lap siding? If so then running a bead of roof mastic caulk is quite common.

The roof shingles that were repaired and or replaced around vent flashing has been done incorrectly and could cause possible leaking? I would recommend a licensed roofing contractor to review this installation and recommend proper installation requirements.

I can’t tell for sure but at second glance (from photo) it looks like the felt may have not been installed also.
If so then the install/overlay was done incorrectly from the start

Call it upfor further evaluation. By the way, do you do all your inspection at night??

Thanks for the great input. yes im so dang busy i have to work at night too. (i wish) actually just daughters new place to i had all the time i wanted and just ran out of light but wanted to look more. so im surprized to hear that mastic sealer is commonplace because it of course dries out and opens up…and the complex roof system is not too condusive to periodic resealing. also i did not know that a new felt layer was required on an overlay. i am highly appreciative of those more experienced who are willing to give their time and answer my questions.
thanks
mike in MN

Cheap, bad install. They didn’t want to pay to remove the existing roof so they went right over it. The only good news is that it’s probably less likely to leak since it now has two layers of shingles, but they were too lazy too pull the vents so the penetrations are improperly flashed They were also too lazy to install new sidewall flashing, figuring that the flashing for the old roof would keep the water out, and this may be true if the flashing and the underlying shingles at the sidewall are in decent condition. The sealant at the sidewall will eventually dry, shrink and crack, allowing water to enter the roof at the sidewall that will be very slow to evaporate. Other flashing may also corrode more quickly now that it’s no longer exposed to the open air and will dry more slowly, and replacement will be more expensive because the roofer have to pull up two layers of shingles to get at it.
The manufacturer’s warranty has been made made void by this install. It’s less impact resistant than a properly installed roof. It will not last as long as a properly installed roof. It will leak before a properly installed roof.

Here is a bad roof!

They forgot one thing…can you figure it out?

Here is a bad roof!

They forgot one thing…can you figure it out?