Came across this panel today in a vacant HUD house. This is how I found the panel. They actually had managed to combine breakers and fuses, and so many other problems… 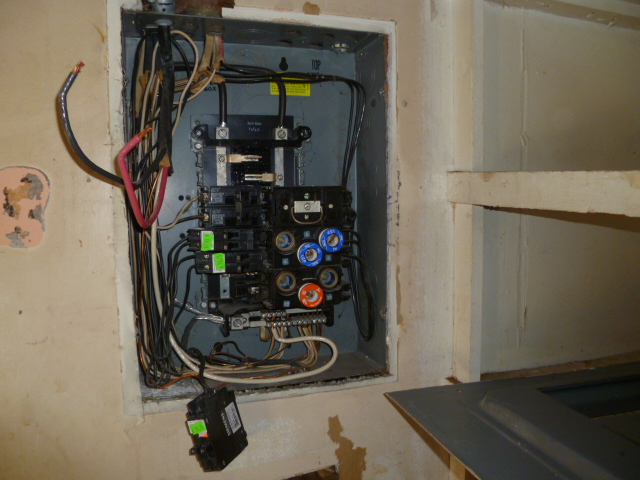 Reminds me of this one I had last week in an apartment complex. Unit was gutted but there were exposed live wires everywhere :shock: 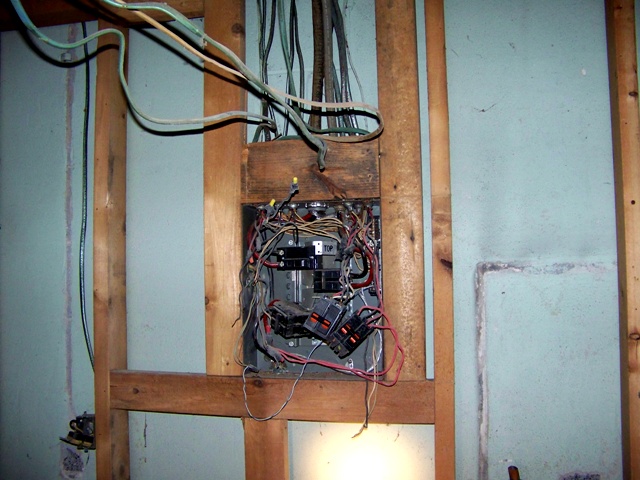 I wish I could say that sight is unfamiliar, but it is becoming all to common. I do a fair amount of HUD work in the Detroit, MI area which lives up to its reputation for vandalism. I’ve been to a number of houses lately where I’m greeted by a lack of any panel and just a mass of wires with bare ends.

So I take it you guys don’t like my work?

I don’t think you can squeeze that into the term “work.”

They took everything but the kitchen sink…

I’m amazed at some of the junk that you guys deal with on a regular basis.

How bad was the sink? 'cause I think they usually go first!

Check this one out. They tore the walls open to remove the old counterbalance weights from the windows! You can probably buy this “house” for less than $1000. 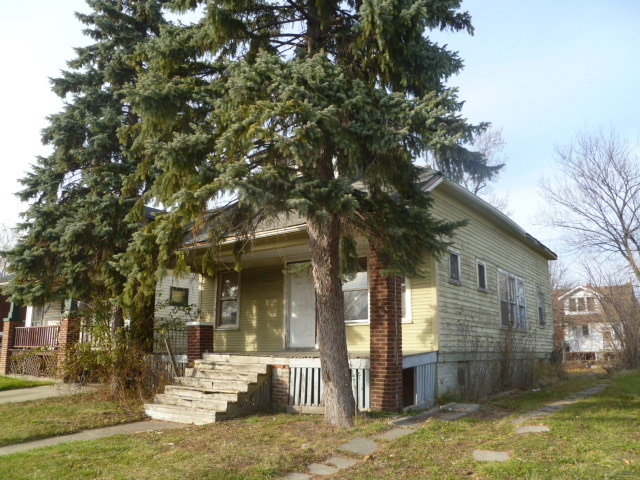 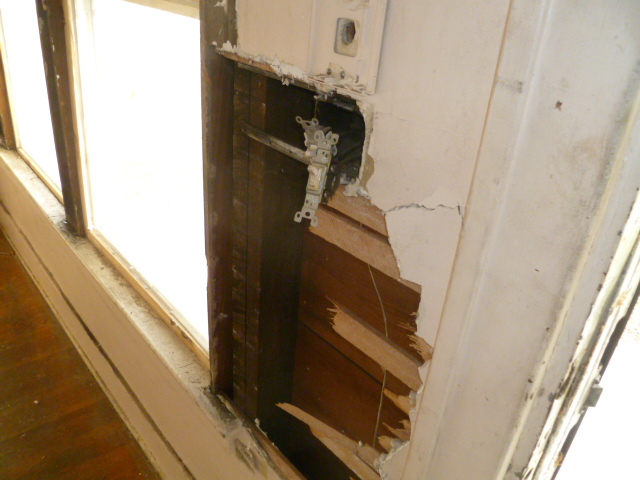 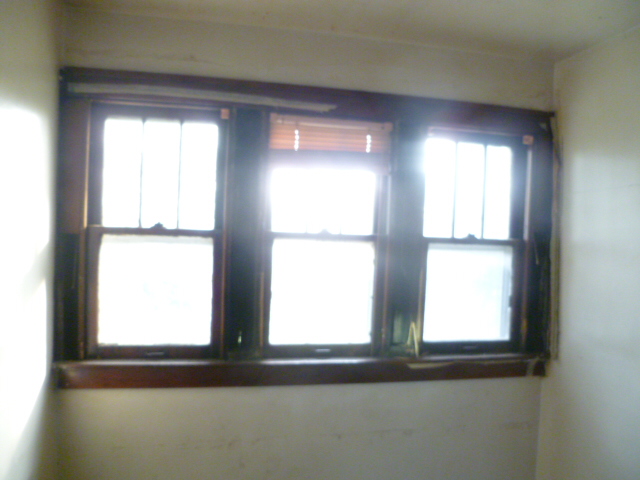